SDCC 2016: The Exorcist TV Show Gets Its Own Trailer 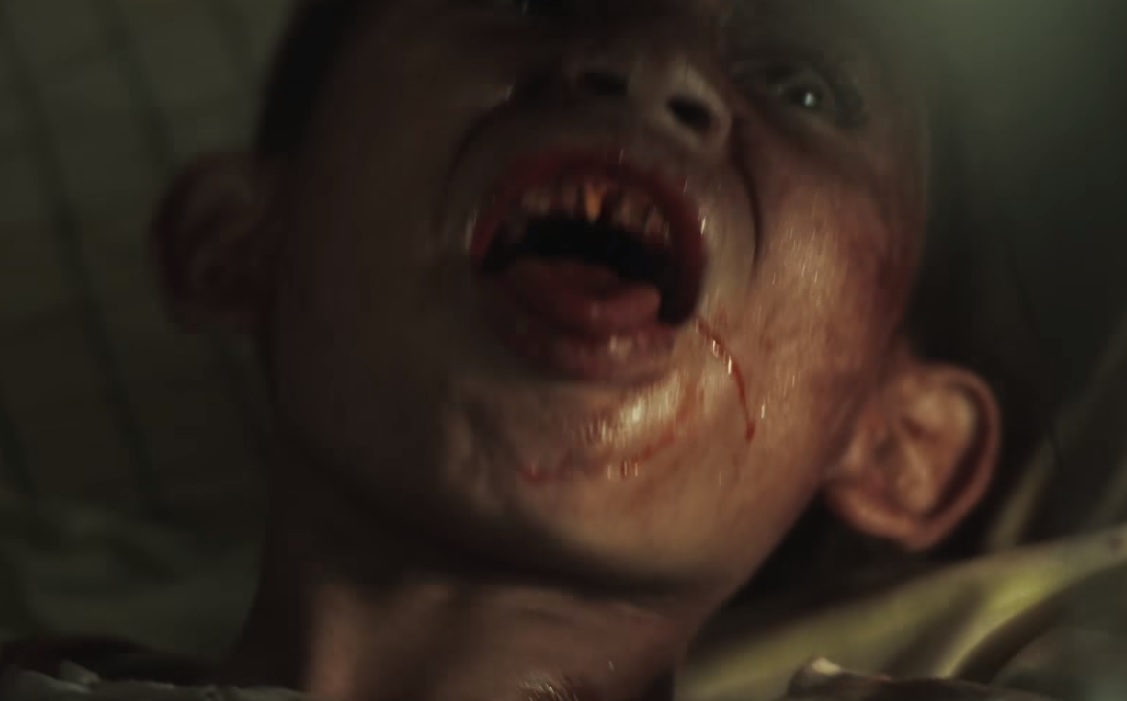 You know what they say: if it hasn’t been remade yet, remake it. One of the greatest horror movies of all-time is being given the small screen treatment as The Exorcist TV show gets its first trailer, which was initially shown at SDCC 2016.

The show will air on Fox and will focus on two priests attempting to help a family to exorcise their demons, so it isn’t straying a million miles away from its source material. Here’s the full synopsis:

Directed by Rupert Wyatt (“Rise of the Planet of the Apes”), THE EXORCIST is a propulsive psychological thriller following two very different priests tackling one family’s case of horrifying demonic possession. FATHER TOMAS ORTEGA (Alfonso Herrera, “Sense8,” “The Chosen”) is the new face of the Catholic Church: progressive, ambitious and compassionate. He runs a small but loyal parish in the suburbs of Chicago. He has no idea that his quiet life is about to change forever. Meanwhile, on the other side of the world, another priest finds himself locked in a life-and-death struggle with evil. FATHER MARCUS BRENNAN (Ben Daniels, “Flesh and Bone,” “House of Cards”) is a modern-day Templar Knight, an orphan raised since childhood by the Vatican to wage war against its enemies. Father Marcus is everything Father Tomas is not: relentless, abrasive and utterly consumed by his sacred mission. Caught in the middle is the RANCE family, members of Tomas’ parish. On the surface, they’re a normal, suburban family, but all is not as it seems in this household. The patriarch, HENRY RANCE (guest star Alan Ruck, “Spin City,” “Ferris Bueller’s Day Off”), is slowly but surely losing his mind. Eldest daughter KATHERINE (Brianne Howey, SCREAM QUEENS) has become a recluse who refuses to leave her room. Her younger sister, CASEY (Hannah Kasulka, “The Fosters”), thinks she’s hearing strange noises coming from inside the walls. And mother ANGELA (Academy Award and Golden Globe winner Geena Davis, “Commander in Chief,” “Thelma & Louise”) has been plagued by recurring nightmares, each more frightening than the last. Angela believes there is something in the house, a demonic presence, growing stronger by the day. Desperate, she begs Father Tomas for help, unwittingly setting the naïve young priest on a collision course with Father Marcus. Separately, each faces an insurmountable task, but together they become the only hope against an evil force that has been mobilizing for centuries.

It will be interesting to see if this can do what other horror TV shows have so far failed to do: keep the terror going for a full season. Scream and American Horror Story have come closest before both tailing off, so let’s wait and see with this one.