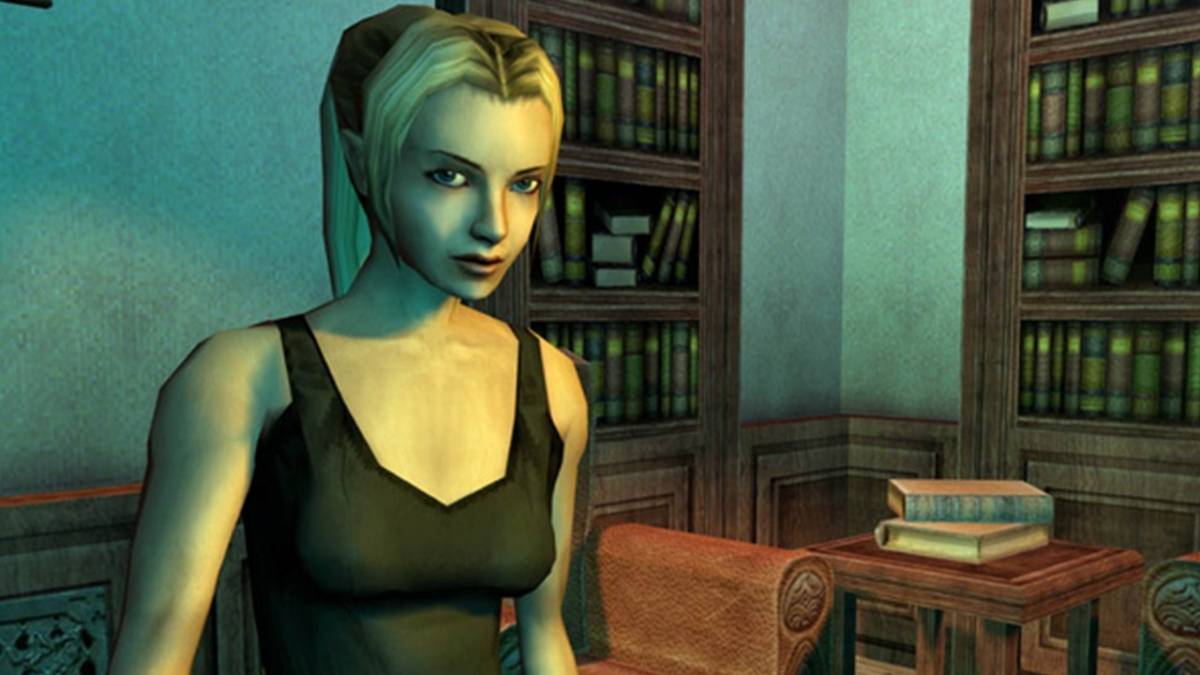 Although most people don’t associate Nintendo consoles with quality horror games, there are some great exceptions. On June 24th, 2002, the GameCube saw the release of the company’s first M-rated title, and perhaps the best game on the system to boot. It was an adventure years in the making, one that was meant to see life back on the N64, and is still finding new victims to this day. Though Silicon Knights is a controversial developer, many fans still hold them in high regard for delivering a classic Lovecraftian tale in video game form – Eternal Darkness: Sanity’s Requiem.

The premise of the story is simple: Alex Roivas finds out that her grandfather was brutally murdered, so she must venture to the family home to try and uncover clues. While exploring the house and examining his notes, the player is transported through time and space, taking control of various characters who have all encountered a magic tome and an ancient evil. Each trip into the past covers one of several places around the world at different intervals, and as Alex begins to put the pieces together, danger grows closer.

The storytelling is wonderful. It pulls the audience in and helps to keep the themes dark and foreboding as the mysteries unravel. The player will fight an assortment of ghouls, shadowy creatures, and demons, as well as be forced to dodge traps and navigate treacherous mazes. The combat is simple and layered, but is still the weakest part of the experience Eternal Darkness offers. Fighting requires some thought and the magick system introduced here is still incredibly engaging to use, promoting quick reactions and experimentation with the runes.

The game’s slow but steady pace provides progress in each chapter, but not too much is revealed until the bigger picture becomes clear. Eternal Darkness isn’t meant to be rushed through, and there are multiple reasons to play through it again, even after getting the complete ending and new mode.

This is an experience that puts extra focus on the psychological horror rather than simply adding in more monsters or upping the gore levels. There are moments when the combat can make things tense, but much of Eternal Darkness’ best work is done outside of combat, during the quieter moments in the unsettling environment. The game’s mood, while not that scary, builds up a creepiness that is hard to ignore. For anyone going through it for the first time, the best method is to turn the sound up and the lights off, embracing the intended atmosphere.

Wandering around the eerie Rhode Island mansion as the sun sets and night takes hold is a treat. The old house feels lived in, haunted, and unwelcoming to its new tenant. The visuals for each area are detailed for the time, where bold shadows and dim mixtures of color offer only cold feelings. So many of these rooms come across as isolated and threatening. There are some abrupt scenes to raise heartbeats and a couple of jump scares, but mostly images of atrocities, pain, and reminders of how hopeless and futile fighting is.

Likewise, the sound design is exquisite and helps sell the tone while pushing the malevolent ambiance without too many unnecessary crescendos. Random noises, soft screams, wailing, and stern narration are a few of the things that the audio engineers mastered here, making the horror exist in the back of players’ minds. Each hero’s voice feels shaky and uncertain, while Alex is determined, and the otherworldly creatures project a supernatural quality through their rumblings.

The Sanity Meter is what most people remember about Eternal Darkness, though, and it makes for a great talking point. As players encounter monsters and get hurt, this green bar depletes, and soon a new source of fear presents itself. These hallucinations affect both the character and person holding the controller alike, whether it be as simple as the hero walking into the next room without their head or as frightening as the game deleting the save files randomly. Not all of these tricks hold up quite as well, but many are still incredible to witness, especially with new players.

Eternal Darkness may be twenty years old now, but it’s living up to the first word of its name as the game continues to age gracefully. It’s still a masterclass in design and narrative direction, a showcase of how mechanics can bolster gameplay without overpowering it. So many fans are still waiting for that sequel, a reboot, or at least an HD port, so that even more people can have one of the best horror experiences under the Nintendo banner.

READ NEXT: 20 Best Switch Horror Games of All Time