GAME REVIEW: Syberia 3 (PC) – Too Stuck In the Past 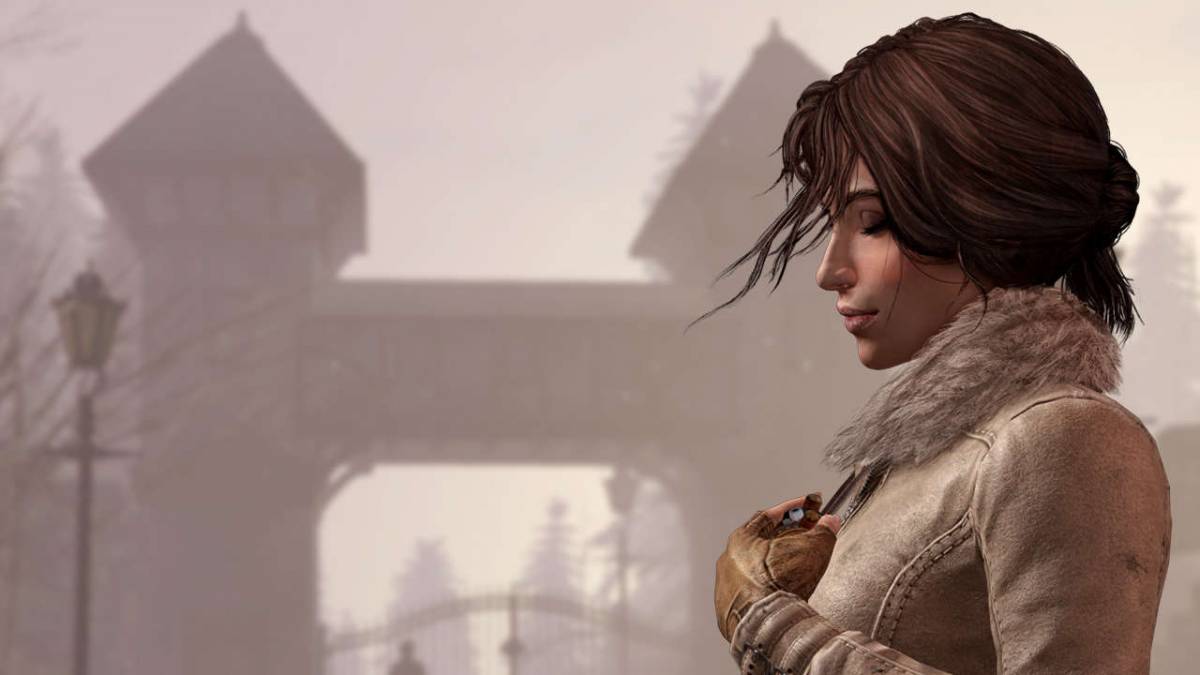 That was pretty mean, wasn’t it? Bit uncalled for, you might think, but I’ve been pushed to it.

Time for a gaming history lesson. The point-and-click adventure genre kicked off big style in the early nineties with a number of hit games entering the market. Monkey Island, Sam & Max Hit The Road, Gabriel Knight, Beneath a Steel Sky, Simon the Sorcerer, Discworld, Broken Sword, Blade Runner, Full Throttle, and Flight of the Amazon Queen all landed during the 90’s, and the list goes on.

However, there was a major shift in gaming tastes following the launch of the PlayStation in the mid-90’s. As crazy as it may seem today, gamers shunned 2D titles, seeing them as old fashioned and the point-and-click genre had to follow suit and become a fully three dimensional polygonal experience. Developers found it difficult to move these games into a 3D game space and even the some of the genre’s big hitters like Gabriel Knight, Monkey Island and Broken Sword couldn’t find their feet. 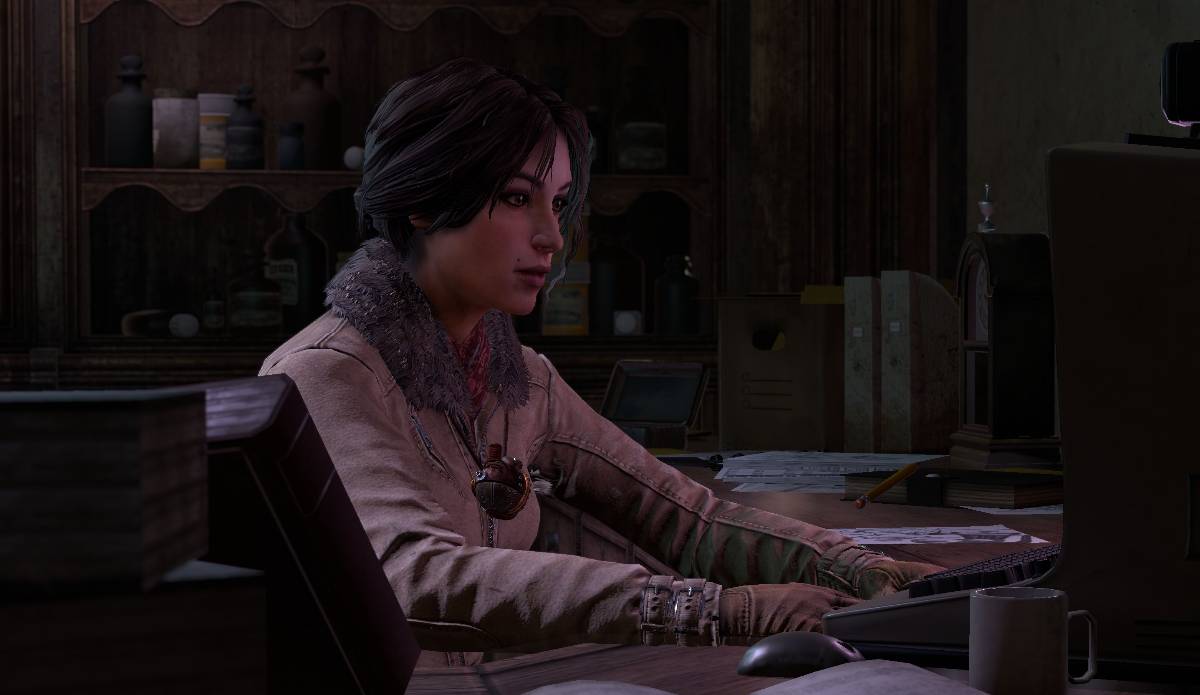 LucasArts’ Grim Fandango was seen as the last hurrah for the adventure game genre and when it bombed, it (pretty much) took the whole genre with it. A number of point and click games found themselves cancelled, including Sam & Max: Freelance Police, Leisure Suit Larry 8 and Warcraft Adventures. However, there was one issue: point-and-click style adventure games were still big business in mainland Europe, and with no major companies covering this genre, who would make games for this small, yet dedicated market?

A number of small, largely European developers took up the mantle for this small market with there being a number of point-and-click style adventures since 2000. As a fan of the genre, the output from these developers was mixed at best. There were a number of games that were, frankly, just terrible. But there were games that were worth checking out: Runaway looked gorgeous but was shallow; Still Life was a personal favourite of mine. Another game that gamers seemed to enjoy was a little title called Syberia.

The original Syberia follows American lawyer Kate Walker to France to seal the takeover of a toy factory and gets caught up in a mentally handicapped person’s dream of riding mammoths. Yes, Syberia’s world is very much a fantastical version of the real world. When Syberia hit, it was a huge success, still holding scores of 9/10 and 4.4/5 on Steam and GoG respectively as well as being ported to a number of platforms following its PC success. Personally, I thought Syberia was fine, but by no means as good as its nineties counterparts – I feel it was just the best of a bad bunch. 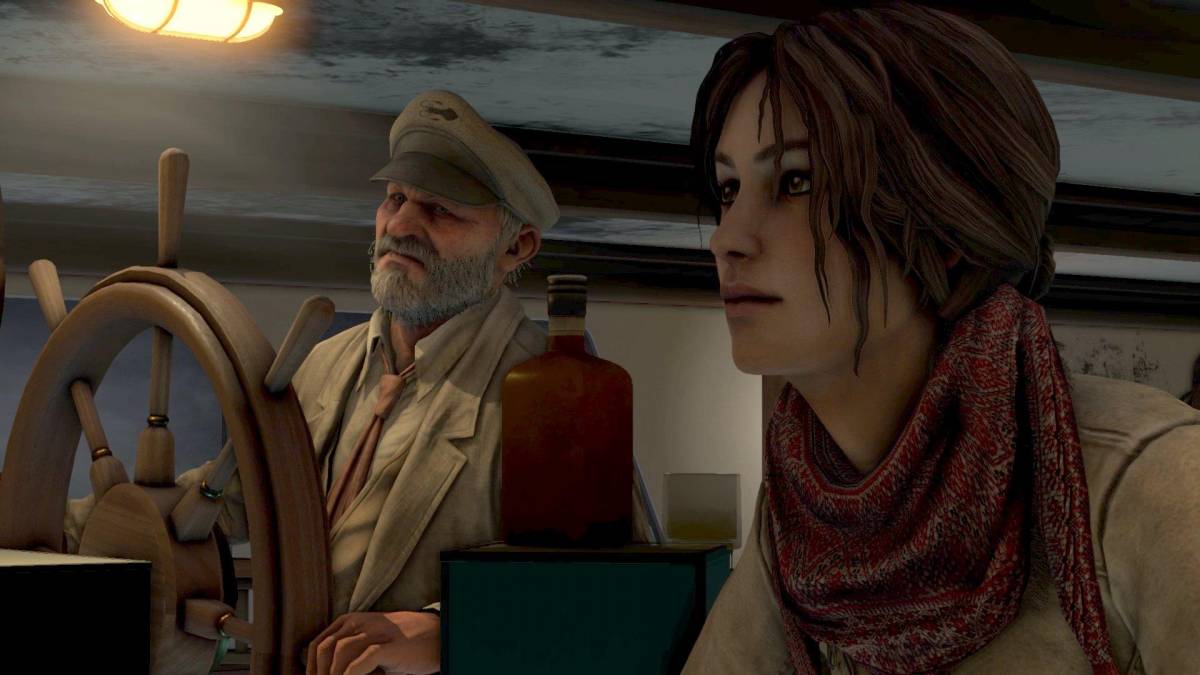 Fast-forward fifteen years and the world of the genre is a very place indeed. We’ve seen Machinarium, Grey Matter, The Walking Dead, Life is Strange and a number of other quality, story driven titles. So the question had to be asked, will Syberia 3 match up to the heavyweights who have taken over the genre it once ruled? The quick answer is no. Syberia 3 is, quite frankly, not very good. Within its opening moments, Syberia 3 feels very much like an old fashioned game. It doesn’t feel like a game which is trying to create a nostalgic feeling regarding its style and legacy – it just feels old.

Two words: tank controls. Everyone thinks of Resident Evil when they hear those words and while Syberia 3’s controls aren’t as bad as that, they are incredibly similar to Terminal Reality’s Nocturne, and Nocturne was released way back in 1999. They’re as frustrating as you’d imagine; combined with the camera, they’re a nightmare. On a number of occasions, I found myself pressing up to run forward through a door way only for the camera to change on the other side, meaning I now must press down to run forward, but I’m still pressing up which means Kate immediately runs back out of the room. I don’t have an issue with tank controls, but I do think they belong in the 90s.

The control scheme has been designed to make it easy for console gamers to play. In fact, it’s rather difficult to play with the usual keyboard and mouse. Syberia 3 does attempt to do some interesting things, examining objects with the right stick is nice and opening doors (et al) by pressing a button and pulling the left stick is a good idea but implemented poorly. These design choices aren’t new, however, and have been done better in other titles.

At one point, I noticed that the game wasn’t performing very well, despite my computer being able to run it (with ease, in reason). But at times the game juddered along worse than the Judderman when the moon is fat. So I headed into the options to find my graphical options to play around with settings. Imagine my surprise to find none, so I exited to the main menu to find said options. No joy. Back the start up page to find them, but alas this game has only three graphical options: fast, good and beautiful.

I’m no ‘PC Master Race’ twat at all. But I am aware that there is no ‘one size fits all’ when it comes to PC gaming. Gamers like the freedom to play around with settings to see what works best for them. In recent years, PC ports of console games have been missing these options, which has led to some dissent amongst PC gamers. It seems odd that developer Microïds, who have largely made PC gamers over the past 20 years, would not include these options. Seems that the developers have focussed their efforts on the console version of this game.

And speaking of the graphics, Syberia 3 looks pretty awful. Bland designs and a muddy palette make for a uninspired look to the game. The graphics are dull, old-fashioned and largely unexciting. Character models seem to range from fairly standard to over the top cartoony. Characters look ugly and despite all out of place in world of Syberia. The animations are rough round the edges, the lip-syncing is particularly bad, and the game has been translated into several languages so they’ve made the lip syncing looks rather ‘generic’, like a badly dubbed foreign movie. 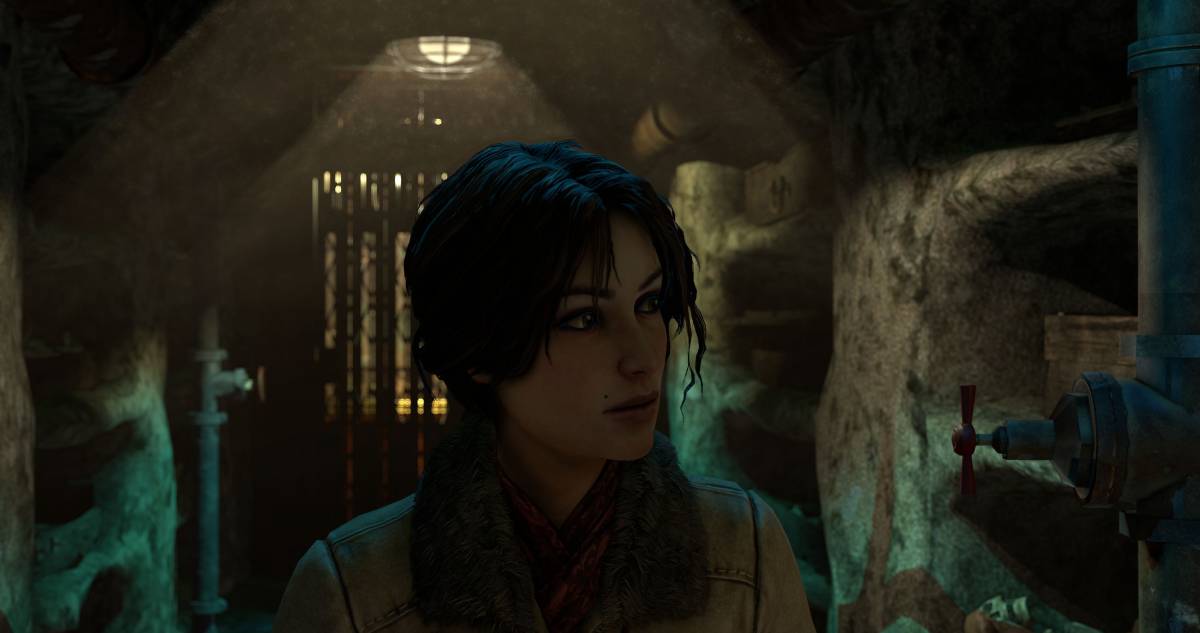 With a game that holds such a focus on character and story, you’d think that Syberia 3 would have drafted in a quality team of actors for its voice work. This simply isn’t the case as, while there are some decent performances, the voice work is awful for the most part; some actors’ voices simply don’t match their character. The first character you meet is a man who looks like a young child but has a deep, gruff voice. Or how about the receptionist who is clearly in her sixties but has the voice of a twentysomething? They’re either inappropriate or phoned in. But how about our main character Kate Walker? Nope, she sounds like the casting team travelled back in time to the early talkie movie era and hired a female movie star. She’s monotonous, stilted and doesn’t match her character. She’s voiced by the same actress as the first game, but seems like she’s just here for the cheque this time.

Syberia 3 is a game which is annoying and bereft of fun. It’s a game that feels very much like moving from one objective to another without an interesting or engaging plot to fill in the gaps. You’ll spend your time collecting items and talking to inspired characters. The conversations are bland and take a Telltale style of format, but that makes little difference to the overall game. While I’ve never been a fan of the series, it does feel like an outdated attempt to bring the series back to life. It was originally meant to come out in 2010, but it seems that the delay has really hammered this game. Fans of the series might claim that it’s meant to be an archaic throwback, but whereas Broken Age and Broken Sword 5 took an old format and modernised it, Syberia 3 manages to just be an old format.

Verdict
I have no doubt that Syberia fans will lap up Syberia 3, but newcomers might wonder what all the fuss was all about.
3
Cultured Vultures is a pop culture website established in 2013 covering all things gaming, movies, and more. We eat your words.
All The News On The Biggest Games