GAME REVIEW: The Sexy Brutale (Xbox One) – A Gamble Worth Taking 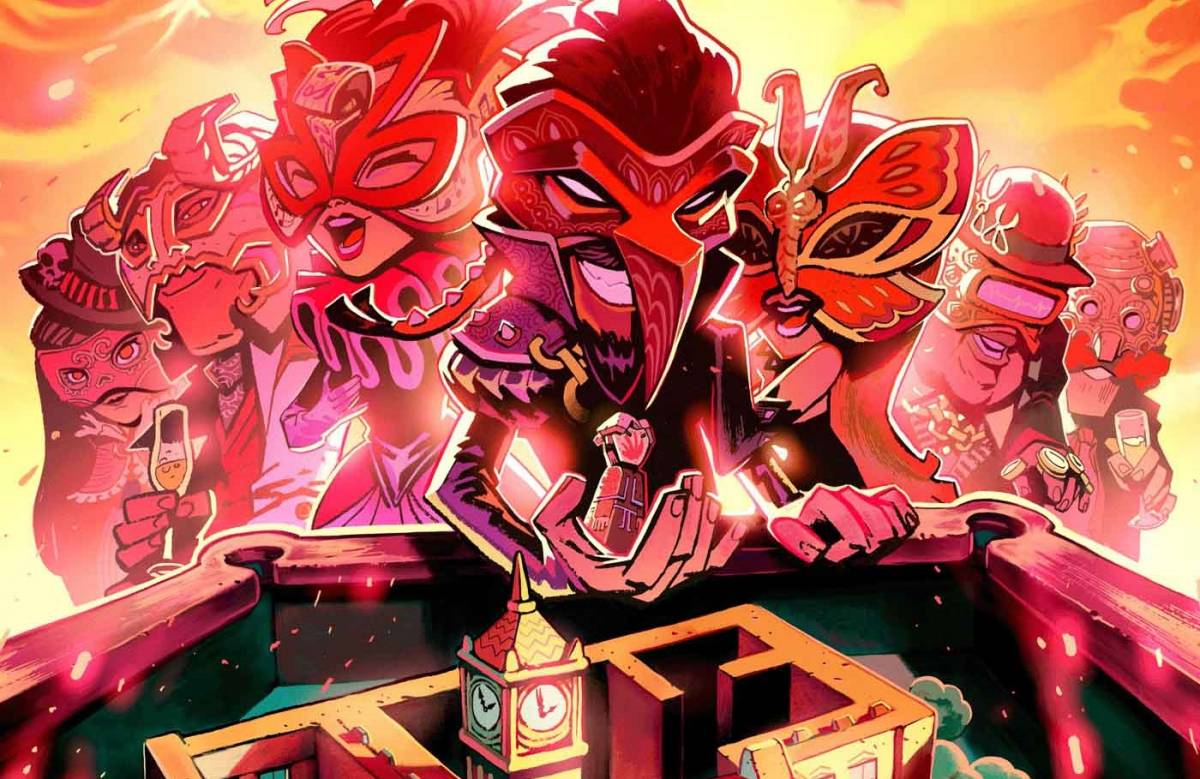 At first glance, Tequila Works and Cavalier Game Studios’ The Sexy Brutale might seem like nothing more than a more sophisticated, digitised version of Cluedo with the added bonus of fancy masks. Although they both share some DNA, they couldn’t be further apart with The Sexy Brutale being one of the most unique games out on the market right now.

A puzzle game in all but name, The Sexy Brutale sees you play as the mute Lafcadio Boone, a mysterious figure who is compelled to save the guests at a mansion who are all being hunted by murderous employees. Here’s the thing: they’ve already died. Multiple times. Everything is stuck in a 12-hour loop, so the sadists keep on killing and the helpless keep on dying. With a stopwatch that connects to the clocks around the mansion at his disposal, Boone can turn back time and Groundhog Day his way to heroism.

Through repeated playthroughs which involve scrambling around every possible interaction in the game’s isometric dioramas, constant chin-stroking, and possibly a few curse words, you can save the guests and claim their masks, which gives you access to other abilities. These are admittedly pretty hit or miss – one mask will be required all the time whereas another will only have a couple of uses at most. That being said, deciphering all the clues and saving a guest to be rewarded with a mask is as satisfying as seeing Link pulling something out of a chest; The Sexy Brutale does a fantastic job of making the player feel like progress is being rewarded. 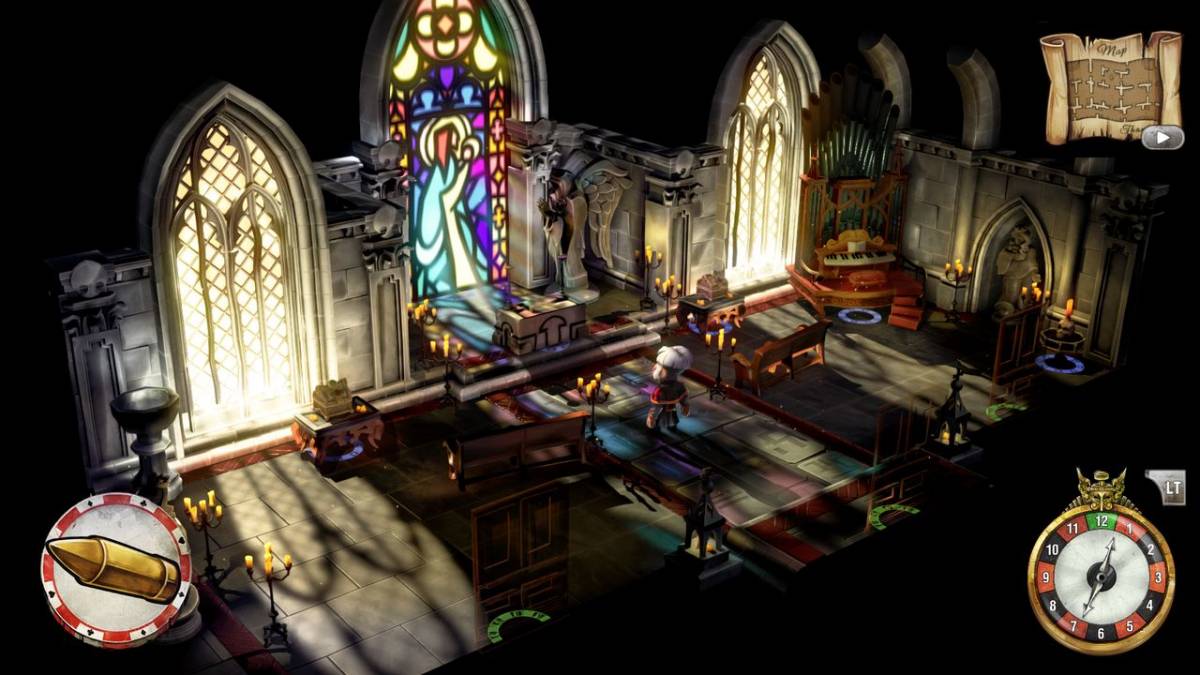 But progress is not always easy. As someone who breaks out in hives whenever I see sudoku, puzzles are not my forte. The Sexy Brutale is one moving puzzle, an odd cavalcade of death and misery with lashings of black comedy. While you’re trying to uncover the mystery behind one death, the mansion continues to claim other lives, which acts as a fascinating soundboard to track how you’re getting on. Before too long, I didn’t even need to glance at the watch – I could just tell by the sounds of circus music or gunfire how much time was left before the day reset.

That’s one of many examples of where The Sexy Brutale shines in its design. There aren’t many games out there that are as visually alluring as this, a heady mix of gothic and cartoonish tones that somehow just works. Likewise, the puzzles have been constructed in such a way that you will slap yourself in the forehead for not getting it straight away. Once you have the solution, it’s so simple, but everything before that will have you reaching for the rope like Willow Blue.

As one of the doomed guests, saving Willow Blue is a highlight in The Sexy Brutale, showcasing how the threads of the death narrative thread between each other. The next “victim” appears during her scenario and ties the story together without shoving it down the player’s throat – what links all the murders is drip-fed to the player, never once lazily throwing exposition into the proceedings. The “why” will keep you coming back even after the second hour of bewilderment over a hidden switch or random piece of rope. 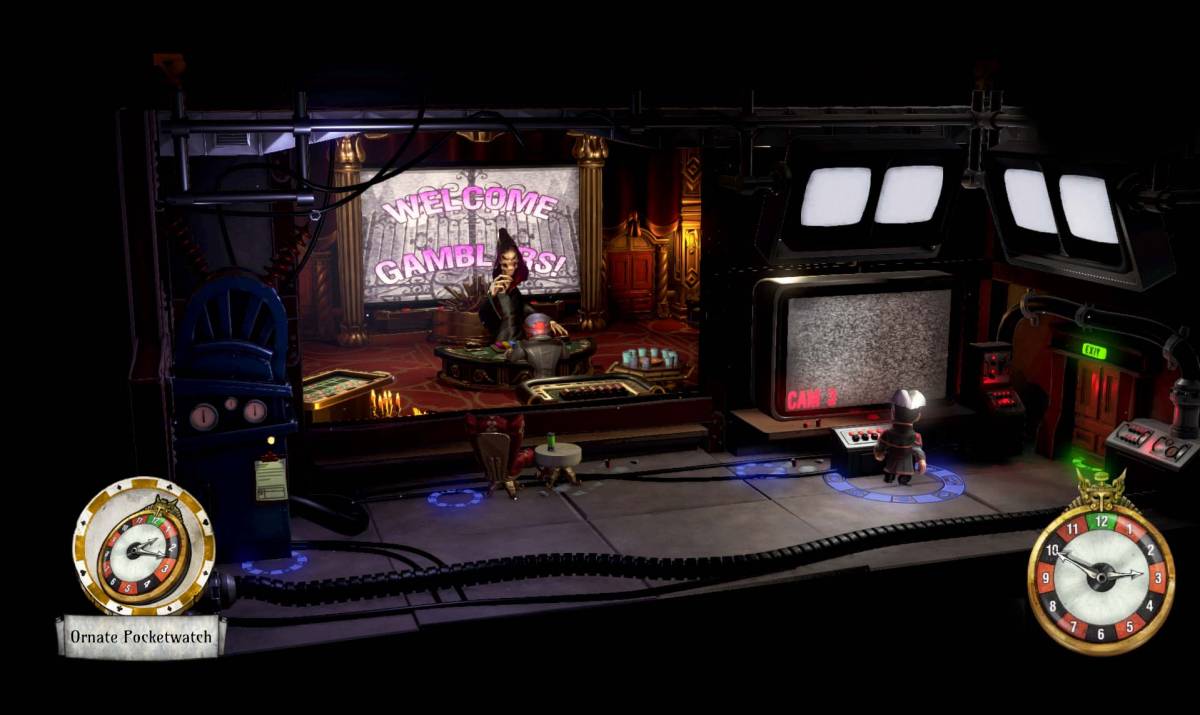 The characters dotted around the mansion give The Sexy Brutale its own character. Listening in on them reveals their fears and anxieties; these are damaged people, making them that much more relatable and ramping up the player’s willingness to save them. Somehow, the murderers are also endearing, coming across as sardonic and jaded individuals who crack jokes as they throw corpses down laundry chutes. There’s no audio speech involved, just sharp writing and a blackened wit.

Not being able to just walk up to guests and tell them to run away is reasoned pretty well, creating a restrictive mechanic in the process. Boone can’t be in the same room as another living person, otherwise time will slow to a halt, the screen will turn a ghastly red, and the chase will be on. This hampers Boone and stops him from interacting with anything in a room, but it doesn’t feel like the game can handle so much action. On Xbox One, the framerate often dips and there’s a lot of delay while trying to get through doors, creating an accidental awkward elevator scene of sorts with Boone and his assailants. There are some performance issues in general with The Sexy Brutale, but it’s here where they are most pronounced.

Music is a key component of telling the player the tone of a puzzle, but it’s also one of the most maddening aspects of the game. It’s catchy to begin with (particularly in the casino), but quickly wears once the sixth or seventh loop sets in. You may want to turn the volume right down if a particular scenario is giving you grief as it will only make the headache worse.

Even with a couple of issues, it isn’t hard to fall in love with The Sexy Brutale. We’re in a lull of sorts in the gaming release schedule as all the AAA titles wind up their marketing campaigns for the next big push, but make no mistake, The Sexy Brutale deserves to hang with the best of them.

Verdict
The perfect puzzle game for people who hate puzzle games, The Sexy Brutale is a darkly comedic adventure that will hook you throughout the headaches it brings.
8
Cultured Vultures is a pop culture website established in 2013 covering all things gaming, movies, and more. We eat your words.
All The News On The Biggest Games