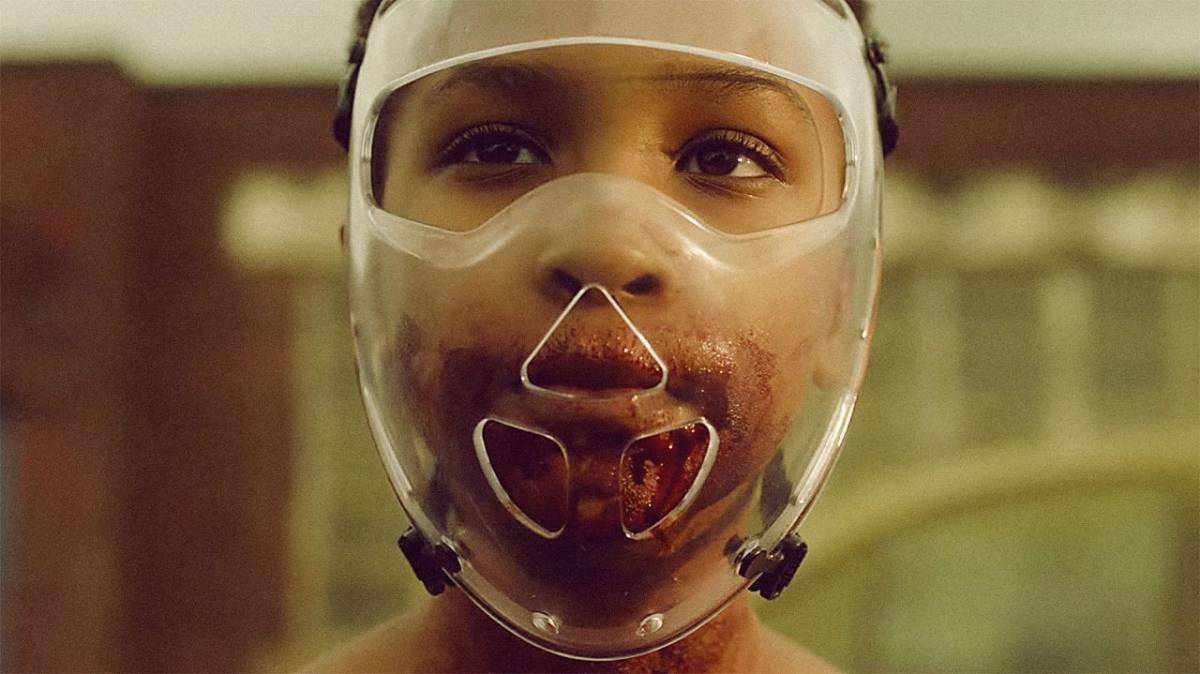 Film loves a good apocalypse. An earthquake ravages the land. Most people die – but not you. You’re too sexy to die. You live to rebuild society. And it’s better now, because you built it and you’re smarter than those other idiots.

The end of the world is the heaviest topic possible, and end-of-the-world movies are the fluffiest kind of fluff. After all, you know the world won’t really end. People need to be around to Tell The Story afterward. Them, Armageddon, the Nicole Kidman incarnation of Invasion of the Body Snatchers – they all feature a pat ending to a situation where people should by all rights have snuffed it. Isn’t it great to see how clever, brave, and strong we are? Once you’ve seen one apocalypse film, you’ve seen them all, and it robs you of a level of cinematic complexity that you, the filmgoer, deserve. That’s all changing. A new genre of apocalypse movie is emerging before our eyes: the one where we lose.

In films featuring disaster, it’s traditionally been important that the plot return the viewer to a state of quasi-normality, where TV and french fries could be a thing again, because the real point of the movie is to sell that stuff and convince you of both its permanence and importance. Consider the 2015 film San Andreas. You don’t need to watch it. Long story short: an earthquake destroys California and thousands of people die, but The Rock gazes at an American flag and we all feel OK. Status quo restored. Similarly, The Day After Tomorrow has the handsomest Americans surviving climate change by migrating to Mexico, where, I imagine, they take cleaning jobs and start some popular low-cost restaurants. TDAT puts a little bit of a darker spin on the apocalypse by introducing a refugee crisis, but it also implies that the lives of those characters could normalize at some point in the future. Humanity, TV, and french fries will all continue to exist. Deep Impact welcomes us all into contemplation of sacrifice and courage without really exploring the fact that the heroes die so that everyone else can continue complaining about the weather.

Your run-of-the-mill apocalypse movie is engineered to make viewers feel secure. That’s why, when we lose, it makes for better apocalypse movies. And we’re losing more often these days. There’ve been films where humanity buys it before, especially during the social and military anxiety of the Cold War. The biggie that comes to mind is the 1978 remake of Invasion of the Body Snatchers. That’s a typical humanity snuff film because it makes an upsetting statement. What a terrible thing that humanity loses and dies and is gone forever. It directly invokes the universal fear of death to get the audience’s attention make a statement. The new generation of apocalypse films, artier and more accessible than Body Snatchers, flips that script into something that we can really talk about. It tricks us, the rapt viewers, into rooting for an outcome where the human species bites the dust.

Philosophically, the acceptance of eventual doom for yourself and everything else is the first step toward the ability to think about morality. Maybe that’s why we’re edging closer to the idea of complete destruction in film. In making a statement of humanity’s extinction, these films might be opening the door to a bigger conversation, one that is best broached in art, and one that is timely. After all, we’ve seen the atom bomb destroy everything on-screen and we’ve watched aliens take over. We’ve had our moment to upset about death, whether it happens in two hundred years because of climate change or two hundred thousand years because of something else. The ability to think about mortality without freaking out is an important part of an adult’s healthy psyche. Extrapolating that to the rest of the species, maybe an ability to make – much less enjoy – a film where humans aren’t meant to survive is an important part of our artistic or social maturation process. That said, the ultimate apocalypse is definitely in process.

Right now, film is on a zombie kick, a reasonable choice for a society that has consumed its resources to the point of ecological collapse. But even zombie films don’t tend to go all the way with the eradication of human life – humans are special. Even when the undead overrun the entire Earth, the living tend to win by a large margin. Some of this is pure marketing. Everybody likes to think they’re Rick Grimes; nobody wants to deal with the fact that they’re probably just another zombie. Even Dr. Strangelove, whose original framing featured aliens investigating the mysterious disappearance of intelligent life on Earth, left human survival comfortably ambiguous in its final version. But I think that we’re moving closer to the whole apocalypse pancake. We don’t want films that say it’s fun to watch the world burn. Every six year old knows that. We want films that say you and your entire lifestyle will and should permanently disappear or change unrecognizably.

The one that really grabbed my attention per this trend was The Girl With All The Gifts. It opens with all the reasons we want humanity to kick the bucket. There’s a military presence solving problems in the standard military way, asshole adults being terrible with children, and medical consent violations. Shots are close and claustrophobic. The watching experience is unpleasant. In contrast, the film’s final shot gazes up at a child’s smiling face, framed against a gorgeous blue sky on a perfect summer day. Everything about this shot says good. It’s good that all the adults and their guns are gone. It’s hopeful to think that that the bad things we’ve done could be removed more thoroughly than the good. After all, since the zombie kids seem smart and eager to learn, the essence of humanity isn’t going away. It’s just changing. This is a character arc for sentience itself, something bigger than ourselves in which we nevertheless get to participate.

Contrast this message with what you get from The Day After Tomorrow, which reassures the viewer that you’ll survive to run away to a country that’s financially obligated to you. The standard movie apocalypse solves no problem and accomplishes the barest of character arcs. The Girl With All The Gifts presents a more satisfying situation: apocalypse is change, and change is good.

Like Girl, Annihilation presents us with a world where humans can’t stay human – an apocalypse via radical alteration. In fact, it mirrors the 1978 Body Snatchers in more ways than one. But where Body Snatchers was trying to scare us with the evils of conformity, Annihilation says something bolder: being human is overrated and outdated. Again, humanity solves its problems with guns, invasive medical sampling, and avoidant relationship strategies. The world-eating Shimmer solves its problems through extreme creativity and ecological relationship-building. It incorporates humans back into a natural order from which we’ve basically divorced ourselves, causing a lot of misery in the process. And what’s an ecosystem but a great big web of relationships? As far as Annihilation is concerned, the apocalypse just eliminates all the cheating and anxiety of human society.

In this case, the apocalypse never comes to complete fruition – arguably. But I still count this as a positive apocalypse film because it’s clear whose side the filmmakers were on. The Shimmer’s destruction is a defeat. Everything that’s beautiful, empathic, and interconnected about the movie goes up in flames, and all that’s left afterward are people in sterile rooms and hazmat suits. The only hopeful or happy thing about humanity’s triumph is the fact that the world-ending Shimmer might have survived.

The word “apocalypse” derives from Greek and Latin. Its original meaning was closer to “revelation” than “destruction.” Is it any coincidence that the positive apocalypse is, in both of these cases, an act upon the mind? Girl wrenches intelligence away from humanity and gives it to children. Annihilation destroys minds and rebuilds them as something stranger. Maybe what we’re obsessed with isn’t destruction, but a new perspective. And for that to happen, film is symbolically killing the old way of doing things and making room for new ideas. Art is telling us that it’s time to change the world. Or it’s entertaining the heck out of us with really good doomsday flicks. Either way, the positive apocalypse is a trend worth watching.