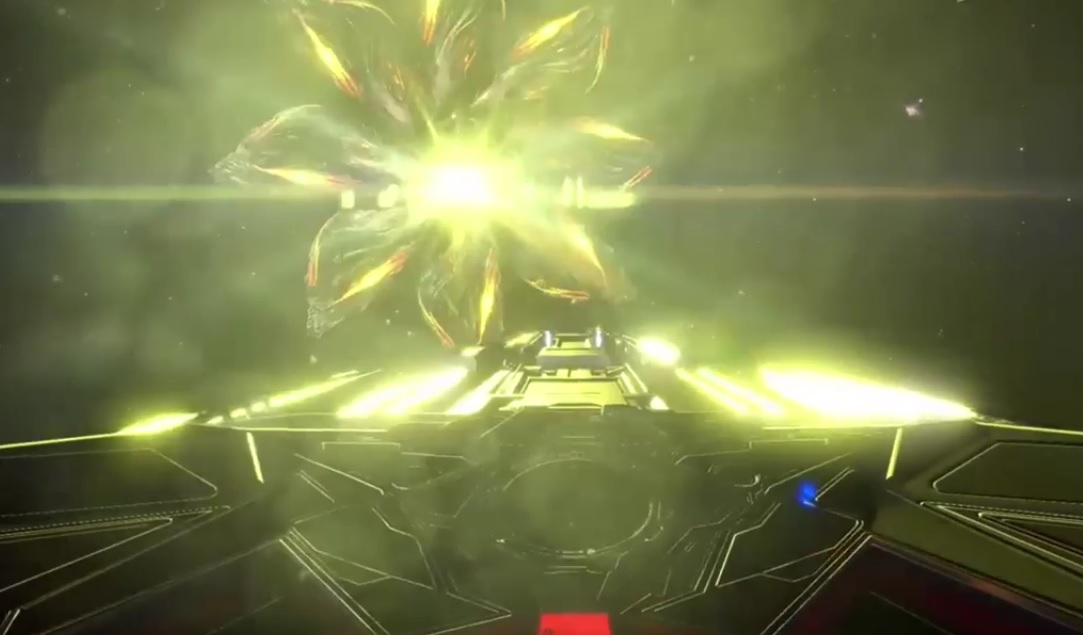 The guys at Frontier deserve a fair bit of credit for slowly but surely updating Elite: Dangerous with new content and quirks over the years. Despite have some neat shake-ups in the time since its release, the most significant addition has undoubtedly been the re-introduction of the Thargoids: warmongering insects with some serious firepower, who were first seen in the original Elite.

Up until recently, the Thargoids seemed passive, randomly pulling players out of warp to just float and look domineering. Last week, it was reported that they had started attacking players and making short work of them.

Now the table’s have turned. Joshua “Harry Potter” Chamberlain and his clan, the Smiling Dog Crew clan (SDC) managed to be the first to down a Thargoid ship by wearing away its “petals” (effectively shields) with recently introduced anti-xeno missiles before its vulnerable heart became exposed.

Check out the twenty minute fight below.

As you can see, it isn’t exactly a walk in the park – you will almost definitely need a strong clan beside you if you want any chance of taking the Thargoid ship down. There have also been reports that you will need to be far away from the exploding ship – the resulting shockwave has destroyed some players.

Elite: Dangerous is out now for PS4