Elden Ring: Where To Go After Defeating Rennala 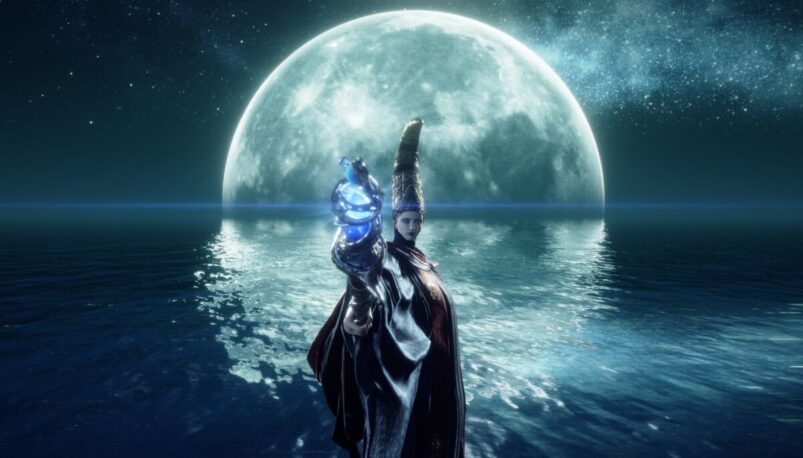 Beating Queen Rennala might be a big win in Elden Ring, but where do you go from there? Finding the next best route that will lead you to becoming Elden Lord might seem confusing, but here are your options for how to tackle this next phase of the game.

Now that you probably have a couple Great Runes in your pocket, you should head toward the capital, but if you haven’t noticed, it’s not as simple as walking straight up to it. In order to get to the plateau where the capital resides and the rest of your adventure, start at the Main Academy Gate Site of Grace and leave by the northeast exit. From here you have two options: you can head toward the Grand Lift of Dectus or journey through a route in the mines.

Taking the Grand Lift of Dectus

The Grand Lift of Dectus might be the easiest option if you already have both halves of the Dectus Medallion. Just follow the road from the academy toward its end. There will be a few walking soldiers along the path as well as some catapults that will eventually launch boulders at you. If you’d like to stay a little safer from these, you can ride Torrent in the grass to the left of the road to avoid the eye of most of these foes.

When you reach the elevator, make sure that you touch the Site of Grace and if you have the medallion, walk up to one of the circles in the middle of the lift and interact with it when you’re given the prompt.

If you don’t have both sides of the medallion yet, you’ll need to go retrieve them quickly. The first half can be found in Fort Haight over in Limgrave.

If you’re coming just for the medallion, you can run through the fort to the top where the knight is. Ignore the knight and turn toward the tower doorway where a ladder will lead you toward another level. Up here is where you’ll find a chest with your first half of the medallion.

However, you might also consider completing a quest that has you clear out the fort anyway.

The second half of the medallion is in Fort Faroth in Caelid.

This one is even easier to retrieve if you know where you’re going. Fort Faroth is filled with spirits and Chanting Winged Dames. The dames will be sleeping when you enter the darkened fort but head straight to the left of the entrance.

There will be a doorway lit by torches with a ladder leading toward the chest that has the medallion half. The dames will probably begin to wake up and spew poison but if you keep moving, there won’t be time for them to actually hurt you. Retrieve the medallion and from the top of the fort, you can fast travel back to the Grand Lift of Dectus and activate the elevator.

The lift will take you to the top of the cliff face and you can begin to make your way to the capital.

Finding the Path in the Mines

If you don’t want to go through the trouble of hunting down the halves of the medallion, you can always try the path through the mines. Instead of following the road from the academy, you should head north until you reach Bellum Church. Touch the Site of Grace inside and then walk down the slope that’s inside the church.

Follow the slope down and you should come across a merchant but keep walking until you reach the river at the bottom of the hill.

There will be a few bloated plants billowing poison but nothing you need to stick around and worry about. Continue following the river north until you come across a small village and the Ravine Veiled Village Site of Grace. There should be a ladder nearby that will take you into the mines which are pretty linear. However, the mines are full of enemies, including more Chanting Winged Dames.

Making your way through these mines will lead you to the Ruin-Strewn Precipice and to a new boss: The Magma Wyrm Makar.

This is arguably a much bigger challenge to defeat than simply collecting the halves of the medallion, but there is an achievement tied to it and lots of runes and items.

You can summon an ally here in addition to your own spirit summons. The fight against the wyrm can be tricky since it’s such a massive enemy and its attacks can cover a big area.

For this fight, try to stick to the back of the oversized lizard if you can and target hits on his legs and tail. It might try to spew lava to either side of itself but it can’t quite reach all the way around. Alternatively, it might lift its weapon indicating it’s about to spin and slice, so be on the lookout to dodge during these moments.

Magma Wyrm enjoys running around the arena spitting lava wherever it goes. It’s best to ignore this behavior until you see it’s about to slow down and then you can take up position again behind it.

The wyrm might also stand partially up and hold his weapon horizontally before thrusting it into the ground creating a decent AoE of damage. This move can be tough to dodge so depending on your reflexes, it might be best to just run as far as you can when you see this happen.

His second phase has him standing up a lot more and being a lot more agile with his giant sword. Stay near his feet and tail and hack away as much as you can.

Magic is also very good whether you coat your armament or start throwing Glintstone Pebbles at it.

In no time, the giant fire lizard should be defeated and you can progress toward an elevator that will take you to the plateau that’ll lead you to the capital.

READ NEXT: Elden Ring: How To Get The Mt. Gelmir Map