Were you at EGX this year? 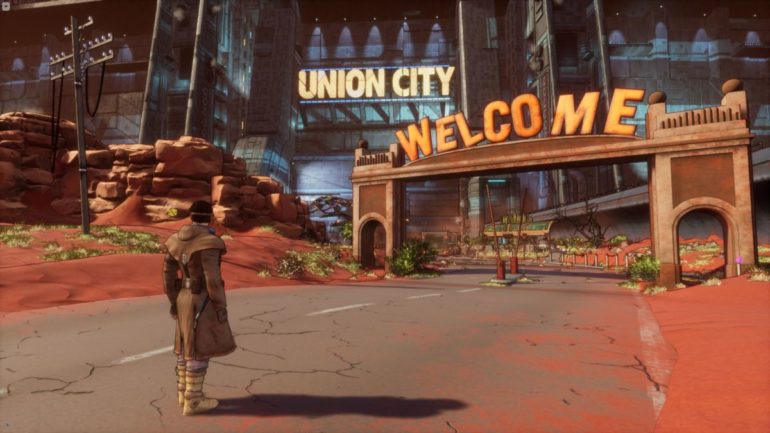 Beyond a Steel Sky

Another year, another EGX. Myself and Cultured Vultures grandmaster Jimmy Donnellan spent a couple of days down at the event and, honestly, it didn’t feel enough. That hall was jam-packed with a huge amount of current and future titles, as well as an abundance of amazing indie games to check out.

I love tycoon games; you should all be aware of this by now. But I must admit I went into City Block Builder blind. The name doesn’t give away that much, so I was curious to find out what exactly developer Tentworks were working on. As it happens, I wasn’t disappointed.

City Block Builder is, well, what it says on the tin. It is a game about building a city block. You’re given a block of land in a 1950s city and are tasked with developing it into a bustling city block. In the demo, I saw the likes of retail and entertainment units, which are placed down by constructing walls in a Sims-like fashion.

The game is very much an indie tycoon title, and the building aspect felt a little similar to Parkitect, seeing you building on a grid based system. It’s early on in development but reminded me a little of Vegas: Make it Big, a similar concept based around casinos. I’ll be keeping a close eye on this one. 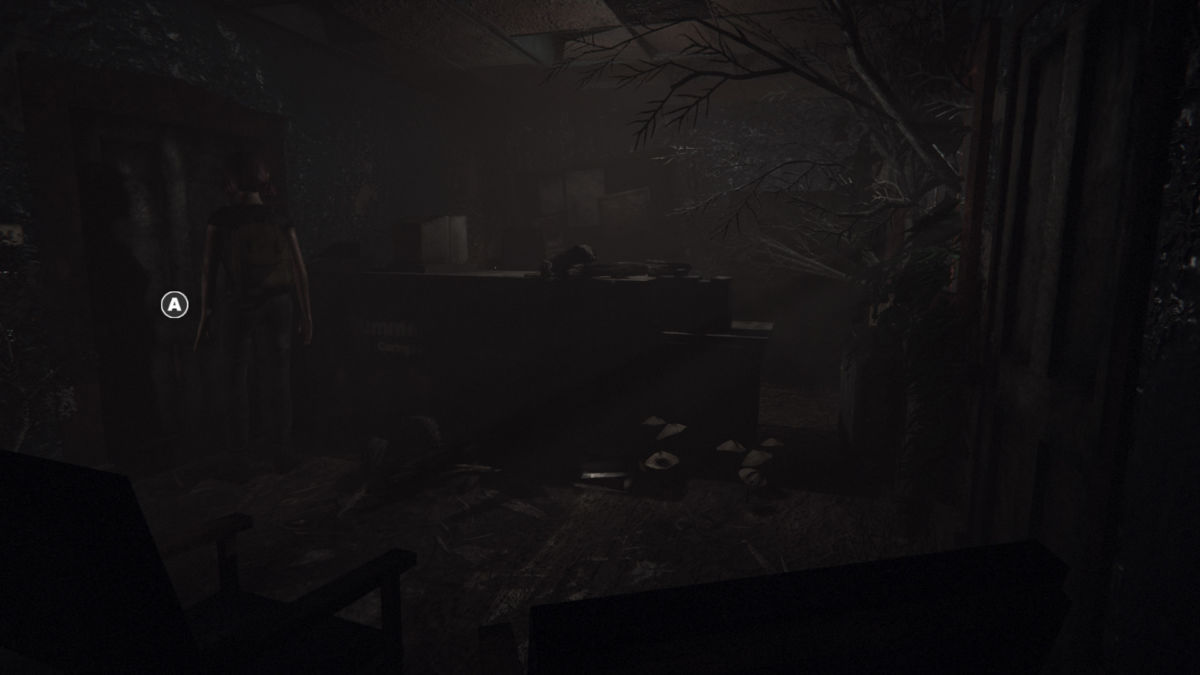 When people think of retro style indie games, they often think of those pre-32 bit, pixel art games. The likes or Fez, The Escapists and Stardew Valley have all excelled in that area. Very few developers have attempted to replicate the heady days of the PS1/2. That’s why Summerford is different.

Summerford touts itself as ‘classic survival horror’, and it certainly shows. It has the likes of Silent Hill and Resident Evil written all over it. Filled with cinematic camera angles and tank(ish) controls galore, it feels like a real throwback to those 90s classics. It’s also its own beast too, whereas games like Back In 1995 have attempted to recreate these games, Summerford feels like it’s not just an homage to those old tropes, but also modernises them too.

Summerford is looking to be released on Steam sometime next year, all depending on development, and will hopefully contain around six hours of gameplay. 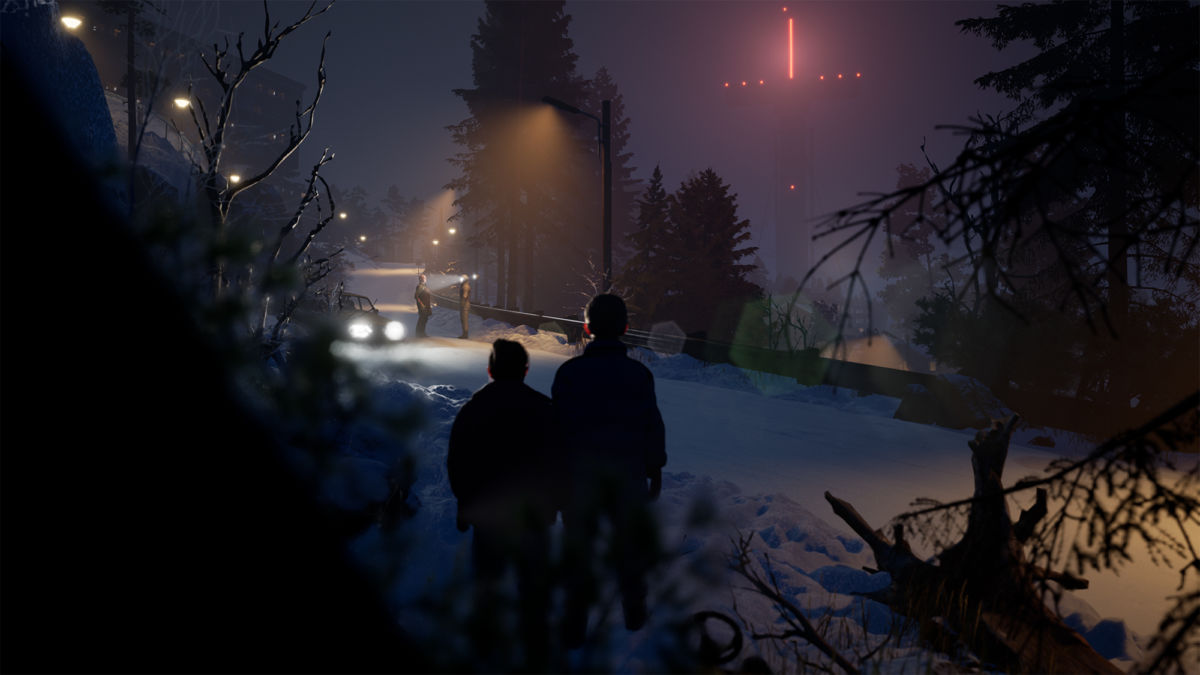 We’ve met the developers of Snow before. Back in 2017, we played a short demo of a potential game called Falling Sky. Sadly, Falling Sky was not to be and was never completed, but this has paved the way for a new game. Snow is a third person adventure-mystery title set in Norway.

You play as a 12 year old boy who has ASCII based dreams, these dreams are puzzle style levels which you’ll need to traverse. Much of the game sees you exploring the snowbound Norwegian town and uncovering the mystery of what exactly is going on. For an indie title, Snow has some pretty impressive graphics and I loved the snow physics while running through the mounds.

Sadly, at the moment Snow is far from a finished game and is more of a tech demo which is intended to attract publishers. We’ll have to wait and see where Snow goes from here, but from what I played, I really hope to see more of it.

I love Windjammers. Originally released in 1994, it debuted to middling reviews, and it’s easy to see why. It’s quite a limited game, with few changes in gameplay and a limited roster of characters to choose from. But damn, is it fun. It was recently released and found a cult following in the competitive gaming scene.

This has led to the development of a sequel, Windjammers 2. Windjammers 2 is more of the same, but with modernised cartoon graphics and built for a modern control system. I didn’t get a chance to look at the full options of Windjammers 2, but the core gameplay is challenging and a lot of fun.

Windjammers 2 is still down for a 2019 Switch release and a 2020 console release, so keep an eye on this one, especially if you love online play.

5. Beyond a Steel Sky

I wasn’t going to miss this opportunity to get my hands on a long awaited sequel, one that adventure game fans thought would never come. Beneath a Steel Sky was an early classic of the genre, even if developer Revolution was the David to LucasArts and Sierra’s Goliath. Beneath managed to nail the Blade Runner style-dystopian future really before any others did, mixing wonderful graphics with witty, well written dialogue.

Beyond a Steel Sky has done away with the point and click interface that Revolution made their name on and is a third person style adventure game instead, similar to the style of Dreamfall Chapters. The graphics have taken a huge step up, as you’d expect from the sequel to a 25 year old game, but they retain the look and design of Dave Gibbons work.

It’s great to see Revolution working on a modern adventure game. While I do still adore the point and click genre, Revolution are such great world builders that I’m looking forward to seeing what they create. Beyond a Steel Sky feels new, yet familiar. Playing those sort of games at an event only gives you the smallest inkling of what the main game will be like, so I’ve already wishlisted Beyond on Steam.