eFootball: Will It Have Master League? 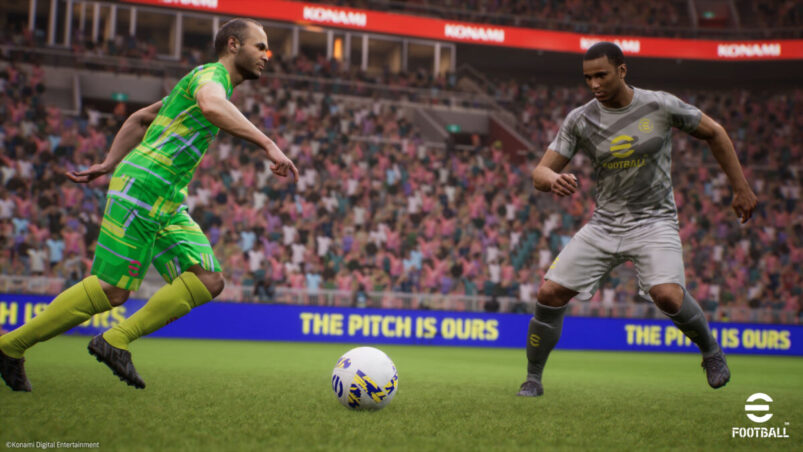 UPDATE: Konami has confirmed that Master League will be sold separately as DLC for eFootball, though there is no info just yet on how much it will cost.

#eFootball ™ cross-platform online matches will be further improved with a new engine and adjusted to take *full* advantage of each platform.

In addition, offline modes such as "Master League" will be sold in the future as optional DLC on all compatible devices.

ORIGINAL STORY: PES is no more, long live PES. Konami has announced eFootball, the free-to-play future of their football series that will be added to and updated over time with a big focus on online play and microtransactions. While recent games in the series have rather clumsily prefixed eFootball to their name, this change is now a permanent one with eFootball no longer an annual release, instead one that will be continuously updated. But does that future also include Master League?

Master League is the offline bread and butter for PES fans, a Career Mode by any other name where you build your team up over time, growing your players from rookies to world beaters. The names Castolo and Minanda are basically PES legend at this point, though it’s unclear yet if that legend will continue with eFootball down the years.

Konami has released a roadmap that points the way forward.

There’s no mention of Master League, though Team Building Mode (name TBC) does sound like the closest thing to it. The mode, which is due to be added post-launch this Autumn, could also be MyClub, which sadly seems more likely. It’d be very odd for Konami to release an eSports focused, free-to-play PES–sorry, eFootball, and have a full offline mode where there isn’t much room for monetisation. Based on the modes announced, eFootball will only have exhibition from day one with a handful of clubs.

Even if Master League does return, you’d have to question what form it’d take and if it’s even a form the fans would want. There would no doubt be microtransactions, which would kind of spoil the natural ebb and flow of building your team up from nothing to the top. Would it even be worth playing?

We’ve emailed Konami PR for clarification and will update this if we get a response.

UPDATE: we received an email back from PR, but they just mentioned that further details on modes, including the availability of Master League, will be arriving this August.