With a career-best performance from Tony Hale, maybe you should give Eat Wheaties! a try. 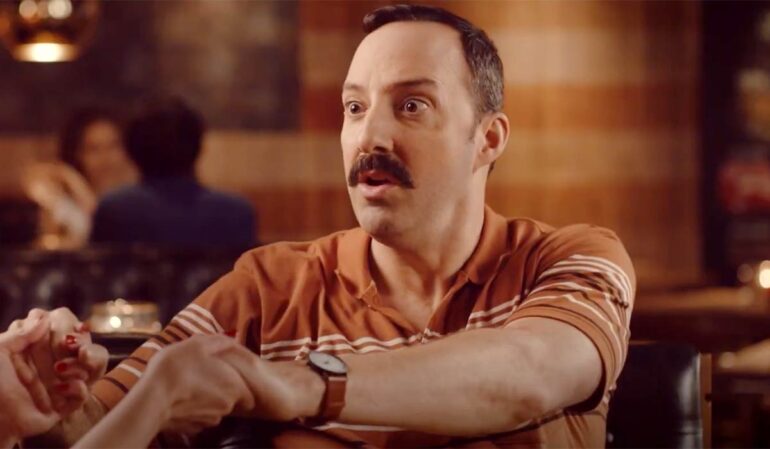 Eat Wheaties!, a new lowkey comedy from writer and director Scott Abramovitch, is first and foremost a wonderful and very worthy vehicle for Tony Hale, a comedic talent that often feels underutilized. Abramovitch perfectly utilizes Hale’s ability to play genuineness and naiveté to help create one of the best roles of his career, in a film that’s both consistently funny and surprisingly sweet. It also features a sort of who’s who cast of other notable actors that includes Sarah Chalke, Alan Tudyk, Elisha Cuthbert and others, making Hale’s standout performance all the more impressive.

The Arrested Development star plays middle-aged Sid Straw, a painfully unremarkable man who’s about to face a hot streak of bad luck. Sid works a middling office job with younger coworkers (Lamorne Morris and Sarah Goldberg) who consider him a dull loser, his awkwardness has made romance difficult, and his sister-in-law Janet (Cuthbert) can’t stand him, mostly due to an incident he caused at her wedding.

He’s not especially well liked, although it’s tough to pinpoint exactly why. Perhaps it’s just his amalgamation of oddball eccentricities that rub people the wrong way. Sid isn’t childish but he is a bit childlike, he’s overly polite to a fault but also doesn’t have much of a personal filter, and his almost complete lack of self-awareness often leads to secondhand embarrassment from other characters and the audience as well.

It’s the small details – like how Sid loves giving overprepared (and overlong) speeches at parties or the fact that he doesn’t make u-turns and has a strong preference for right turns only – that help flesh Sid out as a fully realized character. He feels real, as does everyone else throughout the film, and making characters in a comedy like this still feel like regular people is no easy feat. Eat Wheaties! isn’t exactly outlandish, but it does have its fair share of silliness and absurdity. Striking that tonal balance between heightened laughs and a grounded setting is impressive and a testament to the abilities of both Abramovitch and the cast.

Sid is chosen to help put together his college reunion, but doing so requires him to use Facebook, which he’s entirely unfamiliar with. As you can guess, he begins committing some cardinal sins of social media. Sid claims that he used to be friends with none other than famous actress Elizabeth Banks back in school, so when he seems to have found her Facebook page while sending out reunion invitations, he begins sending her messages in an attempt to reconnect. Or at least he thinks that’s what he’s doing; in actuality Sid is posting very publicly to her page, and as he starts to overshare like he’s prone to do, the posts start to get unkind attention.

To add to the comedy of errors that is Eat Wheaties! (the title comes from an inside joke that Sid remembers between him and Banks), Sid also begins contacting the actress’ agent (Chalke) and her agent’s assistant (Hayden Szeto) in order to be thorough with his job of inviting her to the reunion. Oh, and he also wants an autographed photo of her to both prove to his coworkers that he knows her and to use as a gag gift for his brother Tom’s (David Walton) birthday.

Sid can be a bit overbearing – Tom describes him as someone who tries too hard at everything – so his attempts to get in touch with a celebrity naturally come across as obsessive, pathetic, and a little disturbing. He’s eventually slapped with a restraining order, loses his job, a potential girlfriend, and has to move back in with his parents. The poor sap can’t even collect unemployment for hilarious reasons best left unspoiled, and his luck only continues to worsen in a way that calls to mind the darkly funny plights of Larry Gopnik from the Coen Brothers’ A Serious Man.

There’s twinges of sadness here; Sid is a genuinely kind person who doesn’t mean any harm, and watching his life fall apart is as dismaying as it is absurdly comical. It’s Sid’s innocence and hardened positivity that serves as the beating heart for the film, and as he hires a bumbling lawyer named James Fisk (the always fantastic Paul Walter Hauser) to fight the restraining order so he can still attend the reunion, it’s impossible not to root for him.

It’s an underdog story, one that’s lifted from the pages of the 2003 Michael Kun novel The Locklear Letters and updated for the modern day. It also takes the original book’s commentary on celebrity worship and changes it to…well, it’s hard to say really. Much of the film’s ending is rather poignant and well earned, but there are other aspects that feel less realized. Is this a story about growing up? Letting go of the past? Loneliness? It’s a sweet film, but it’s difficult to pinpoint what exactly it wants to say.

Still, Eat Wheaties! is a thoroughly enjoyable, charming, and of course very funny movie with a rock solid cast. It may at times leave you wanting just a bit more, but this kind of understated style of comedy is something that we don’t see often enough anymore, and certainly not executed half as well as it is here. 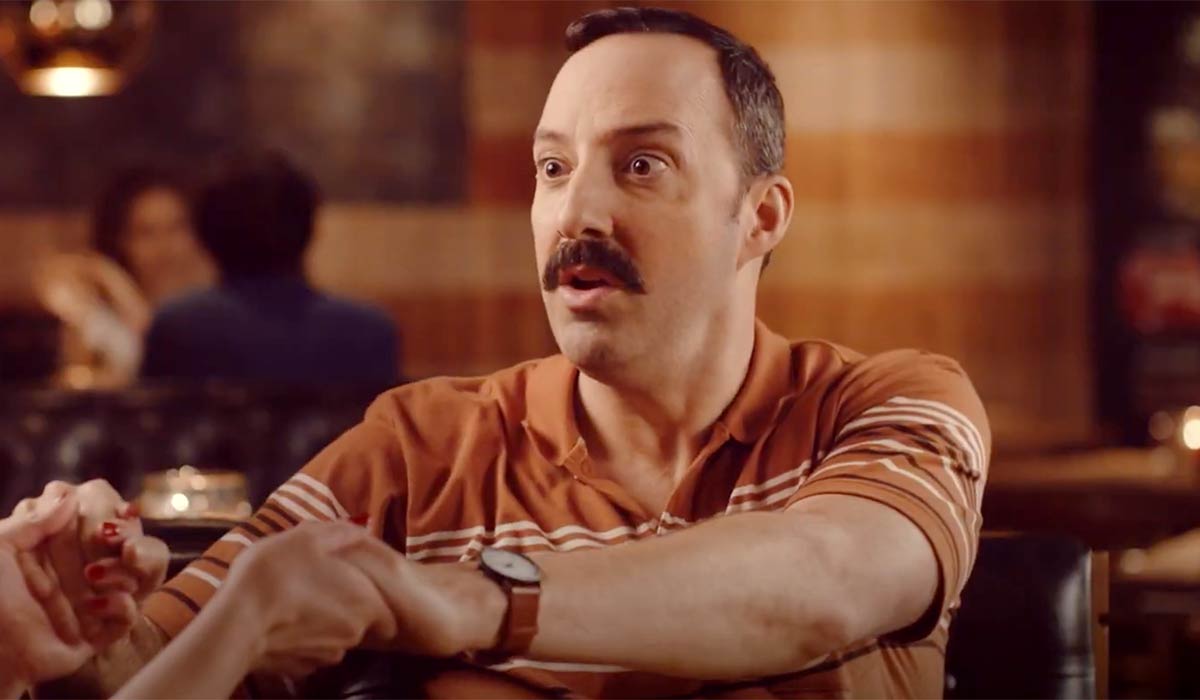 Verdict
Eat Wheaties! is as admirably sweet as it is funny, and features a career best performance from star Tony Hale.
7
Cultured Vultures is a pop culture website established in 2013 covering all things gaming, movies, and more. We eat your words.
All The News On The Biggest Games