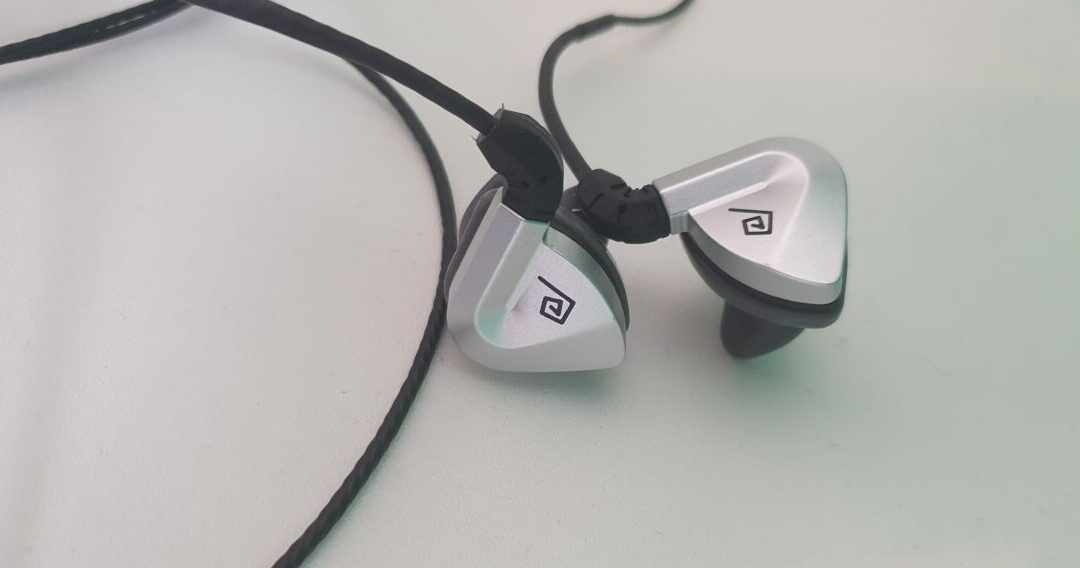 I’m always cubical when a company declares their new product as being the Next Big Thing. It sets a standard too early, an expectation that they may never be able to realistically match. Drown, a new audio company who found success on Indiegogo, are promising a brand new way of experiencing audio with their tactile earphones. But is it as big a deal as they suggest?

The technology behind these new earphones is complex, perhaps too complex to boil down within a review. In fact, the review guide for them is so in-depth with explanations on ear parts, audio pathways, and bone and cartilage conduction (yum) that it could probably double up as a dissertation. To condense it all, Drown is designed to provide an audio seal for the ear canal to try and deliver sound to the right parts of your brain, whether that’s through vibration or bounce-less audio waves.

The tech behind it all really is a marvel, the team at Drown clearly putting the time and effort into making the most scientifically sound (heh) earphone on the market. And, for the most part, it really does feel like they’re onto something special.

I tested Drown on my PC, Switch, PS4 and Android device, but not before I found the right “seal” for my ears. There are four different acoustic seals that come with Drown that are designed to properly fit all kinds of ears, which is a nice touch. You will likely be fiddling to find the right seal to fit your ear for a while, but it’s easy as anything to take seals off (each with their own cute little seal pictures) and apply another one.

You’re going to want to experiment to find the perfect seal as the difference between one that doesn’t fit and one that does will be what sells you on the whole thing. Getting the right seal, one that fits almost directly into your ear canal, transforms the audio dramatically, giving every footstep and gunshot a deeper, fuller weight. There may be some adjustment needed to make sure both ears have the right balance between both, though.

Drown is designed to work best with games that support binaural audio, which will become a major selling point as we move into the next-gen of consoles. Unfortunately, I found them to be a tad on the weak side for the PlayStation 4 when connected to the DualShock 4, it not excluding as much background noise as I would have liked and lacking bass, though this applies to almost every sound device I’ve tried on the console to date.

The real experience with Drown comes from using them with your PC and binaural supported games. I tried it on Hellblade, which is a masterpiece in audio design, and found myself overawed by the whole thing, the sound so immersive that it almost gave me anxiety. Whispers inside Senua’s psyche felt like they were right there, little demons on my shoulder that twisted my mind. It’s an absolute trip and an example of Drown at its best. I also used them with Fortnite, which has spotty audio design by comparison to Hellblade, and found that I could pinpoint footsteps far clearer.

The mic is also of a good quality, it simply plugging into the bottom of the left earphone with it being fully adjustable. I tried it out with a friend, who mentioned that not only was it crystal clear, but also that it beat out my usual PS4 headset, the Razer Kraken Pro V2, in terms of clarity.

As good as Drown is from a purely audio perspective, it’s let down quite a bit on the practical side of things, particularly when it comes to comfort. I found myself constantly fiddling with the wire that wraps around the tip of your ear to “lock” the earphones in place. No matter how rigidly I made it wrap around, the wire seemed to come loose pretty regularly. Maybe I have a weird ear shape or perhaps it’s because I’m a glasses wearer, but these earphones kept making me wish for some kind of proper attachment.

I do also have to question using them for an extended period of time. After using Drown for many hours within a shame-filled Fall Guys session, I found my ear was really starting to ache, but not from the sound. The earphones are certainly bulkier than others out there, and they really have to sort of be twisted in and pushed to fit properly. It’s not because I was using the wrong seal, either: I tried out them all and there did seem to be a bit of discomfort with each of them after some time. That said, I don’t think I’ve ever used any earphones that have been comfortable over long sessions of use, so this may just be a me thing.

Finally, and it’s honestly unusual for this and not the opposite to be a problem, the main cable is absurdly long to the point where it feels like you’re holding yarn. It’s fine for playing and chatting on PC when your tower may be a little far away from your chair, but using Drown on any other device is a fair amount of faff, especially when things start getting tangled. I’d recommend that you try to hang the earphones on something when you’re not using them because, man, can they get messy.

Ultimately, your experience with Drown will likely come down to two things: how much you get on with earphones in general, and how many games you own that can make the most of them. Not every revolution start with a bang, after all.

A press unit was supplied by PR for the purposes of this review.

Verdict
While technically outstanding from an audio standpoint, the clunkiness of the earphones themselves seriously lets Drown down.
7.5
Cultured Vultures is a pop culture website established in 2013 covering all things gaming, movies, and more. We eat your words.
All The News On The Biggest Games