Looks Like DOOM Eternal May Be Heading To Switch This June

Someone flipped the switch too soon. 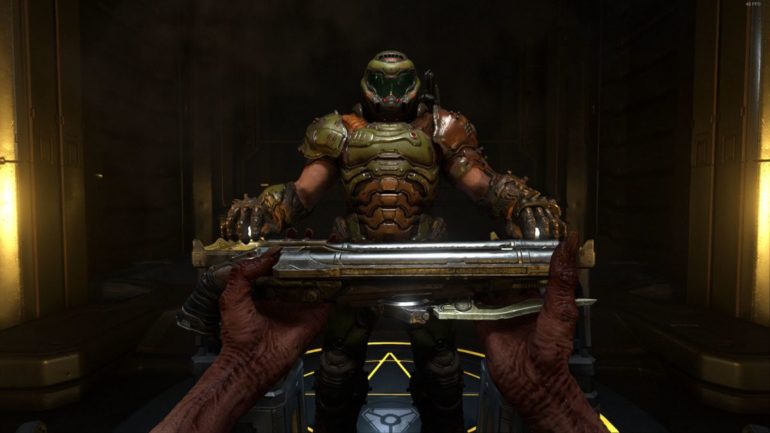 What would we do without retailers for our video game leaks? Judging from a listing on The Game Collection’s eBay page, DOOM Eternal is heading to the Switch on June 27th.

The was originally listed as £39.95, but has since gone up to £49.95 in the time of writing this. It looks like whoever’s updating the listing is pretty comfortable with the release date being in the listing name.

While this isn’t confirmation of the new release date, the end of June in the release window is certainly arid right now, presumably with everyone wanting to avoid The Last of Us: Part II — perhaps DOOM Eternal on Switch will plug that gap. That said, the 27th is a Saturday, though the conventional rules of society are out of the window right now.

It looks like the Switch version will get all the same content as its other versions, including Battlemode. Here’s what’s included with a pre-order:

Pre-Order Bonus! Pre-Order DOOM Eternal to receive a TGC Exclusive set of Pin Badges and the Rip and Tear Pack and prepare to Raze Hell!

In the second retailer leak of the day following ShopTo’s Prey VR guffaw, DOOM Eternal on Switch was delayed even longer than the other versions of the game, it being placed in a non-distinct 2020 release window.

Having played the game, it’s easy to see why it’s taking a little longer than on other platforms. It’s going to be a lot of work to try and condense the game’s crazy scale and carnage down into a cartridge. But if the DOOM 2016 port is anything to go by, the Switch might have another amazing FPS game on its hands.

If you’re unfamiliar with The Game Collection, they’re a reputable UK based retailer who tend to have good deals, though, personally speaking, their delivery times are a little all over the place.

Meanwhile, DOOM Eternal is a shoo-in for a lot of GOTY lists following its initial release on March 20th, it being widely praised as one of the best shooters of all time. From our DOOM Eternal review:

DOOM Eternal is a bloody masterpiece of glorious violence that may well be the best the series has ever been.