Don’t Escape: 4 Days In The Wasteland is a unique, well made survival game and a great way to spend your final days. 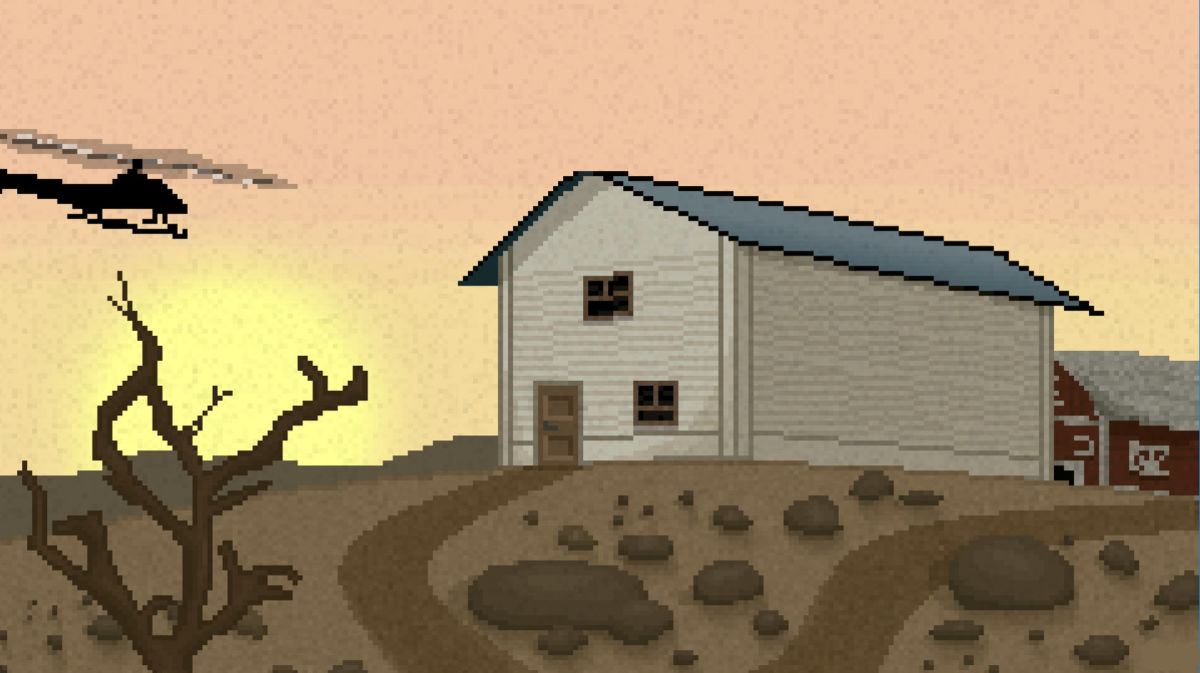 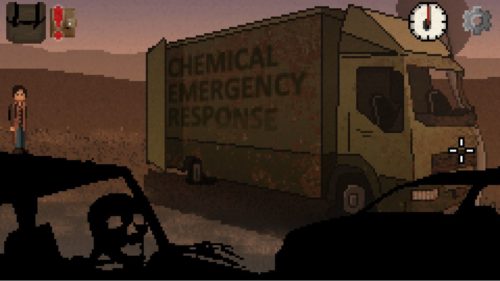 Video game genres are kind of like ice cream. Many fans browse the cabinet, looking at those bright colours and enticing swirls. Despite an infinite variety of flavours out there, the main favourites are strawberry, vanilla, and chocolate, and these general flavours will always bring in the money. Blending vastly different flavours can be a tricky thing to do — for every wonderful strawberry & fennel there’s a choc-mint & goat cheese.

Recently, Cultured Vultures reviewed the sci-fi title Genesis Alpha One, which blended the tycoon-survival-roguelike genres in a way that proved to be less than appealing, at least in the current build of the game. Don’t Escape: 4 Days in the Wasteland is a game that blends time management, survival mechanics and point & click gameplay, so you can imagine how easy it is to be skeptical these very different genres could work as a viable game. How very wrong you’d be.

Don’t Escape starts out much like any point and click game. Left click operates as the general ‘action’ button, which allows you to walk around, pick up items and generally interact with the world. Right click is your look button, it allows you to examine the world around you, or indeed the things in your inventory. In some games, this is a nice world building feature. In Don’t Escape, this is an important survival technique. 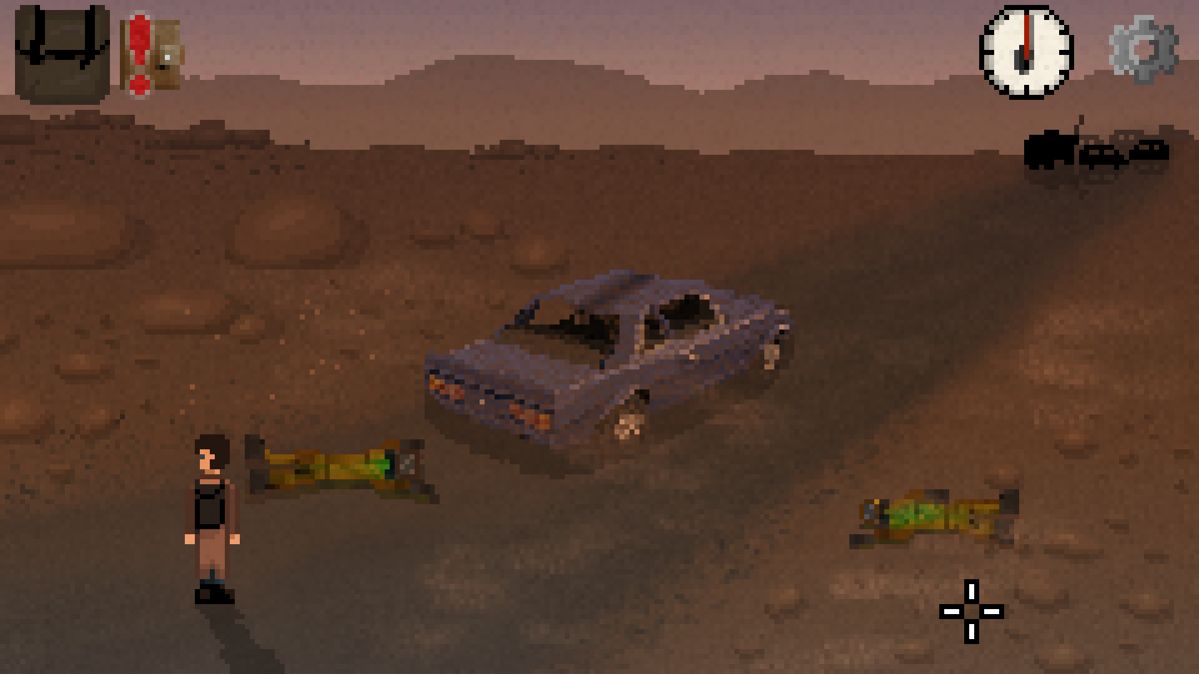 Don’t Escape, for the most part, leaves you to your own devices, relying on your own wits to work out what to do next. This could’ve been very annoying, instead Don’t Escape’s simple gameplay makes the matter of surviving the wasteland an intimidating, yet achievable and fulfilling experience. Armor Games Studios should be given praise for an amazingly simple tutorial, which draws you into the game while teaching you its mechanics without you realising it.

During the game’s opening moments, you are required to knock a hole in wall with a sledgehammer. This tutorial gives you all the tools to do your job, and allows you to get along with doing it yourself. Find the hammer, pick it up, equip it and smash through. You’re then faced with quick sand that requires you to not carry very much weight, introducing the inventory weight mechanic. We need to leave the hammer behind, so we drop it. But wait, here’s possibly the best and most simple mechanic of the game. We can pick it right back up again.

That seems like such a minor feature. In point and click games, there isn’t usually an option to drop items and if you can, it’s usually lost for good. But, in Don’t Escape, items just lie there on the floor waiting to be collected once again. This is very handy when it comes to moving items around and inventory juggling. After playing the game for a while, I don’t know why I was so surprised by this feature — if it wasn’t included in the game, it’d make things a lot harder. 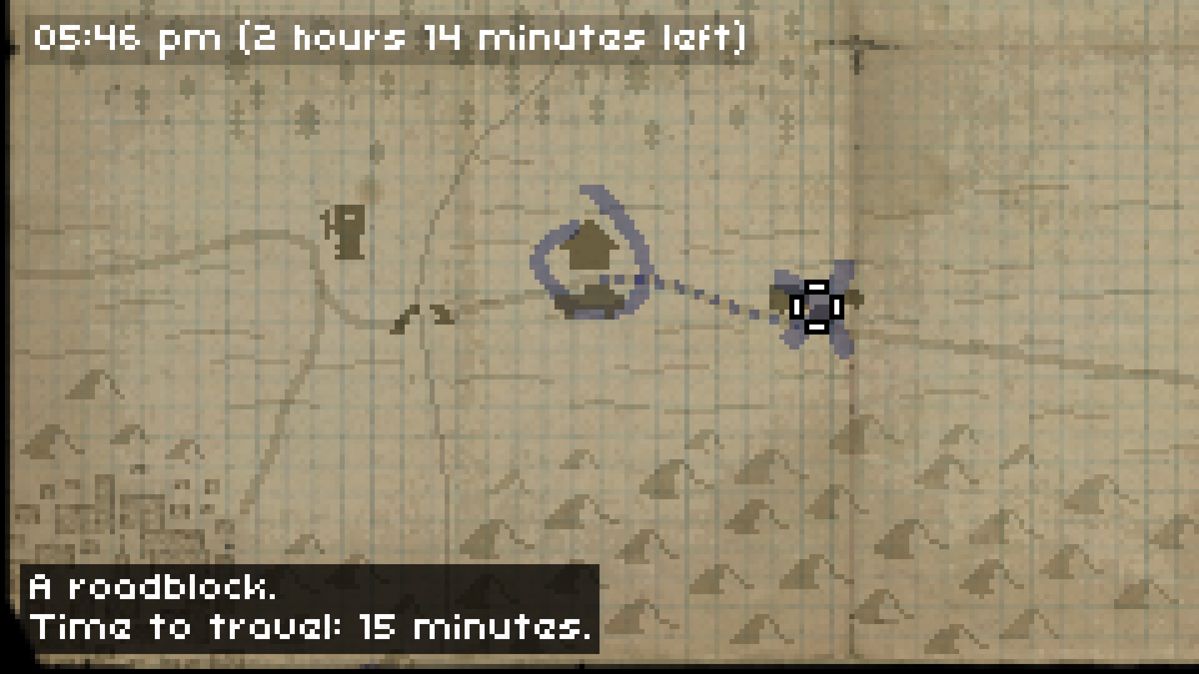 So, without going into too much detail, it is the end of the world, and we need to survive. We are tasked with searching various locations to gain resources. This is where we are introduced to another, rather cool mechanic. We have limited time to fortify our hideout, but travelling from location to location takes time. Also, we may need to nail some plastic over a window, which takes time. You need to manage your time carefully if you don’t want to get caught out by ‘the cloud’.

Graphically, the game uses a wonderfully simple pixel art style, and is wonderfully animated. Sound-wise, the effects are minimalistic and unintrusive. The music of Don’t Escape is fantastically barren, but eases into the background of scenes and doesn’t ever impose itself onto the game. The soundtrack manages to make the world feel vast, imposing and devoid of life.

Don’t Escape: 4 Days in the Wasteland is split into four sections. We follow our protagonist, David, throughout the game, at times teaming up with companions to take on threats such as deadly toxins and giant spiders. You’ll be tasked with making decisions which at times could mean life and death for you and your companions, all leading towards various different endings to the game. 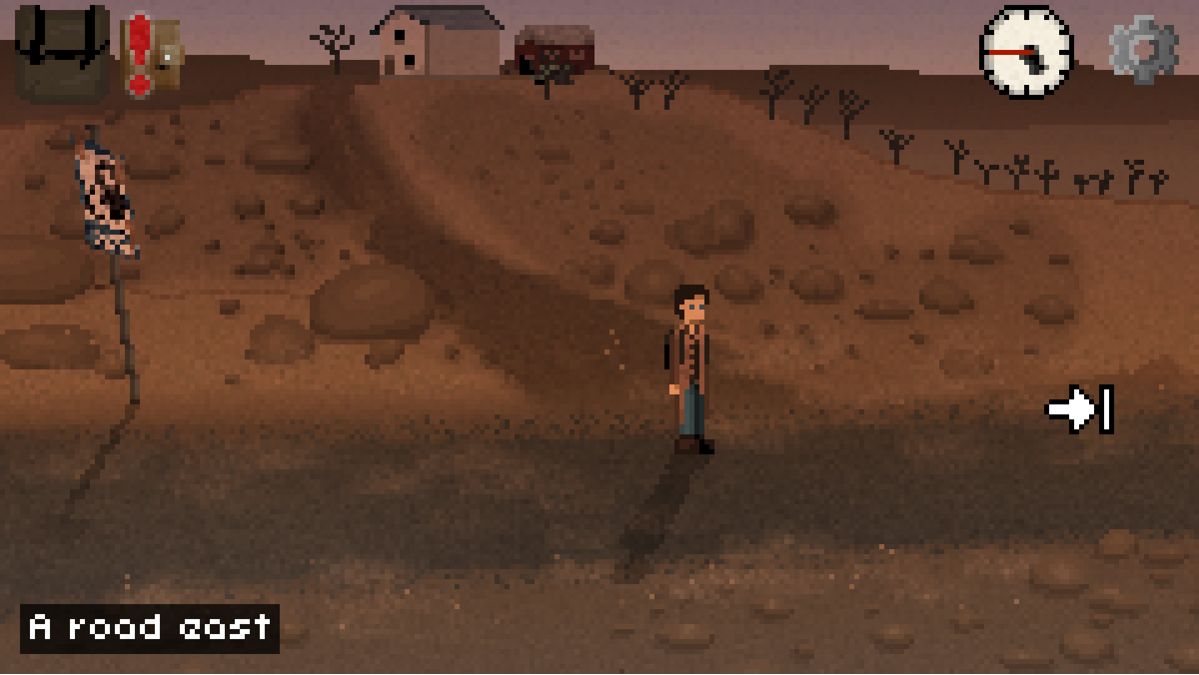 This game has a couple of downsides, many of which are common amongst the point and click genre. The game does turn into ‘hunt the pixel’ at times, much like those older LucasArts or Sierra games. Some of the puzzles can be a little out there at times too — perhaps it was just me, but there are occasions where you can come to a screeching halt, unsure of what to do next.

Don’t Escape: 4 Days in the Wasteland is a superbly written, clever and well made indie title. Its take on the blending of point and click with survival styles make this a genuinely unique title. Its world building, graphics and sound design all contribute to making Don’t Escape’s world an imposing world to inhabit. Also, the game doesn’t exactly break the bank — at most you can expect to pay around $15, making it great value for money.

Verdict
Don’t Escape: 4 Days In The Wasteland is a unique, well made survival game and a great way to spend your final days.
8.5
Cultured Vultures is a pop culture website established in 2013 covering all things gaming, movies, and more. We eat your words.
All The News On The Biggest Games