Goodness me, this thing is fun. 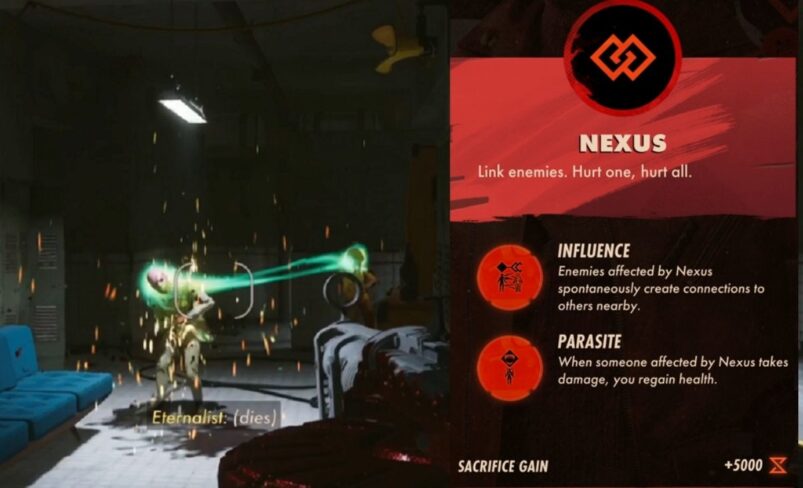 There’s something about the Arkane formula that always makes you feel powerful, yet never powerful enough to simply stomp all over your enemies. That was until I got to play Deathloop and experience the wonderfully broken yet generally wonderful Nexus slab, which gives you a power fantasy akin to being a big bad guy out of Dragon Ball Z.

Slabs in Deathloop are basically the game’s abilities that are unlocked by defeating the game’s visionaries, mini-bosses of sorts who are tied into the game’s story. Cole has access to three slabs, two of which can be swapped in and out while the third slab is called Reprise and allows him to respawn twice before he has to restart the whole loop. Meanwhile, the two swappable slabs (on PS5 at least) can be selected with the d-pad — if you’re familiar with Dishonored, it’s distinctively Arkane design.

For as good as the rest of the slabs are and as fulfilling as it is to chase down the Visionary leads to acquire them, the Nexus slab simply cannot be beat in terms of making you feel like a badass captain of security who’s sick of getting sand between his toes.

Nexus is an ability first earned from killing Harriet in Karl’s Bay that allows you to tie the fates of two or more enemies together, with whatever you do to one enemy then also happening to the other(s). I can already sense your mind racing and yes, it is as awesome as it sounds, and yes, it’s even more awesome than Domino in Dishonored.

There’s just something undeniably cool about being able to take down two enemies chatting away with each with a single bullet, or to slide over to one, break their neck, and watch as their pal takes a tumble with them. It became quite an obsession of mine to link two enemies together and then headshot one to take them both down. You could realistically kill everyone on a level with just about a dozen or so bullets with Nexus.

It’s the ultimate get out of jail free card, or the best way of clearing a room of bad guys in a few simple steps. For instance, I accidentally walked into a room full of Eternalists and Charlie, a Visionary. Charlie is a bit of a pain in the arse who like to scarper whenever you’re near, but luckily I’d linked him to a few Eternalists who weren’t cowards. Even though he was out of the room, Nexus let me shoot one of his mates, killing him off-screen. Hard not to feel great about that.

What makes Nexus even more overpowered is the fact that you can upgrade it by re-killing Harriet or by besting Julianna when she pops up, though it is random what Julianna drops. Protraction is good to keep the linking fun going, and Attraction means that your Nexus projectiles will basically auto-aim on anyone nearby. Handy, but not the best upgrade. That distinction goes to Parasite, which heals you every time someone linked with Nexus takes damage — yeah, really. While not exactly god mode, it’s hard to die when you’re able to wander into a room, chuck some Nexus projectiles in and just keep returning fire like Terminator, knowing that you’re going to have to fall asleep to get killed.

Nexus, along with the Blink-esque Swift, feel so good to use that it almost makes me wish you could select more slab abilities at once, just as I know I’m a little less likely to try somethign like Karnesis when I can Thanos snap whole rooms out of existence. Luckily, Deathloop is a game that I just can’t stop playing, so whether in this loop or the next, some Eternalists are going to be in for a bad time thanks to Nexus or some other wacky invention.