Deathloop: How To Play With Friends 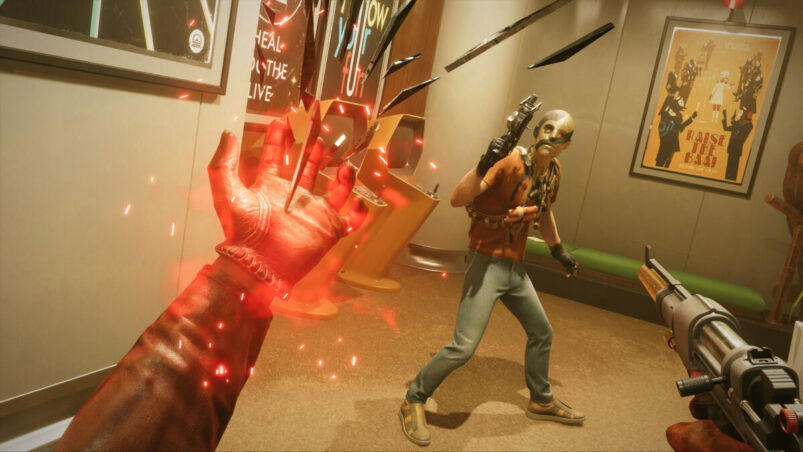 Deathloop is a fascinating experiment that blends single-player and multiplayer to great effect, even allowing you to play with friends, though PC players can only play with PC and only PS5 can play with PS5.

To play with friends in Deathloop, both you and your friend on the same platform must first make some progress in Colt’s story, completing the The Longest Day mission — it should take an hour or so to get to that point. Once you’ve completed The Longest Day, one of you must the select Protect the Loop from the main menu to play as Julianna.

Then, whoever is playing as Colt must change their setting to Friends Only Mode in the top left.

With that sorted, whoever is playing as Colt must then jump into one of these maps at a certain time:

Don’t forget that you can fast forward time periods while playing as Colt to get to a specific time of day.

Once the Colt player has loaded in, Julianna should then select Invade Friend’s Timeline from the bottom left and then select the online player who is playing as Colt. They must also be appearing online and not be hiding their play activity for multiplayer to work.

All being well, the Julianna player will be transported to the same map for a fight to the death. Julianna can only die once, whereas Colt is able to die three times before the session is over.

Multiplayer is entirely optional, but whoever is playing as Julianna will unlock free skins for both Colt and Julianna. It’s also just a tonne of fun whether or not you’re trying to unlock stuff, so happy hunting (and hiding).