The Dueling Paths of the DCEU: Snyder vs. Reeves

The DC slate looks promising, but some paths are more promising than others. 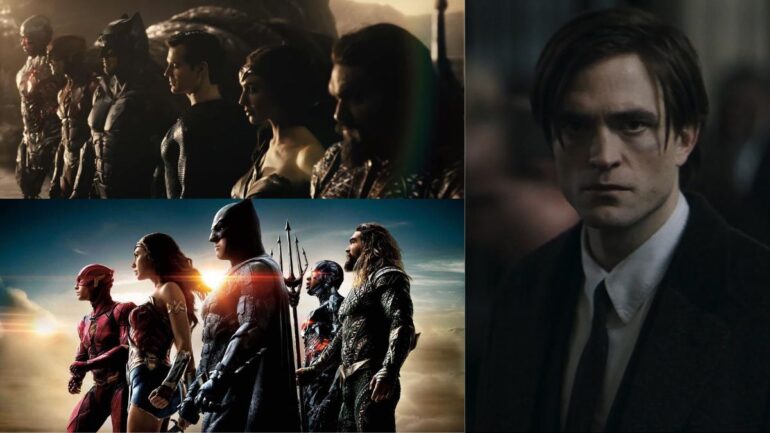 If you, like me, have a mild interest in the DCEU, you would have been privy to the DC FanDome event that happened over the weekend, an online convention where current and future projects in the DCEU are discussed, and trailers for upcoming movies revealed.

DC couldn’t have picked a better time to thrive, considering how their competition Marvel has reached a bit of a lull in their current roster, with Black Widow being so substantially pushed back because of the pandemic, and The New Mutants set to release this month after numerous delays, delays that go as far back as 2018, so much so that no one really cares anymore.

As part of the event, new trailers for various films were revealed. We got a new Wonder Woman 1984 trailer, which gives us a proper look at Kristen Wiig’s Cheetah, though if I’m being honest the look of the character isn’t as good as I hoped it would be. Still, the first Wonder Woman film set the standard for what DC films could be, and besides the third act of the film with Aries being a bit of a letdown, the film was stellar stuff, so Patty Jenkins’ return for the second film only bodes good tidings.

The Suicide Squad was the biggest surprise, since we hadn’t seen much of it till this event, but considering how zealous and detailed James Gunn is in his world building when it comes to adapting comic books, I guess I shouldn’t be so surprised at how great it all looks.

But these two movies were no match for the bigger film events, namely Zack Snyder’s cut of Justice League and Matt Reeves’ The Batman.

From the trailer, it’s evident that Snyder’s vision for Justice League is certainly better conceived than what we got in 2017 (though Leonard Cohen’s ‘Hallelujah’ seems overused at this point). When Snyder left the project due to a family tragedy, Joss Whedon took over and rewrote the script, reshooting most of what we saw, with less than half of Snyder’s original footage used, not forgetting that its use is also removed of context. This is why we got the badly CGI-ed Superman face, since Henry Cavill had grown a mustache post Justice League for Mission: Impossible – Fallout, and why Ben Affleck looks different in some scenes, especially when you do a side-by side comparison.

Snyder’s cut will be released on HBO Max, and will be a 4-hour long extravaganza; it remains to be seen if we get a more condensed theatrical version in the future. The failure of Justice League played a part in why Ben Affleck decided to step away from the role, both in front of and behind the camera, relinquishing the director’s chair to Matt Reeves, who chose a new Batman in Robert Pattinson. As much as I would like to have a solo Batfleck film, Matt Reeves’ The Batman was truly the best DC offering at the event. Reeves unveiled the trailer for the film, and despite only twenty five percent of the film being shot before the coronavirus put a damper on things, it is fantastic stuff.

Even detractors who doubted Pattinson’s skills probably peed a little when he uttered the “I’m vengeance” line — God, that was so badass. The world-building and noir elements really stood out, as the trailer showed us villains in their origins, with Paul Dano’s Riddler now set to give Heath Ledger’s Joker a run for his money. This is a younger Batman, a few years into his vigilante ways, on the cusp of heroic greatness, but has yet to become the fully fleshed out hero of his later years.

We see a divergence here in the paths of the DCEU. We have the gritty, real world setting type of films such as Joker and The Batman, isolated to their own worlds and without overlap, while there are the other films that are still connected to each other, trying to build something substantial from the crumbling blocks that is Justice League. Snyder’s cut won’t be considered canon, so he can do what he wants without repercussions to what has already been set up, but the other films have to consider Justice League even as they build away from it.

Now, we also have a Flash solo movie coming up, with Andy Muschietti at the helm, and in a surprising twist, Ben Affleck will reprise his role as Batman in the film, and Michael Keaton will also be suiting up. This is because The Flash will be setting up the multi-verse, and while ambitious, it does seem that things are going to get a little messy in the conception of this.

While it’s fine to have these different paths set up, it feels a bit scattered and contrasting. On one side we have the larger-than-life conception of these comic book characters, and on the other end is the inverse, with a greater focus on realism and their respective origin stories. Considering the success of Christopher Nolan’s Batman trilogy and Todd Philips’ Joker, and the Oscar nominations and wins received, it is clear that this is the type of world-building that audiences want from the DCEU. It is no coincidence that Matt Reeves’ The Batman is the film we are all most excited for, with most of us pretty much prefer over the slow-mo, overpowered visual feats of Snyder’s world.

This is why Wonder Woman’s third act is the weakest part of the film, and why Snyder’s earlier films like Man of Steel and Batman vs. Superman are so divisive. Despite what Snyder thinks, we don’t want to see these superheros as gods, we want to see them at their most human, at their most flawed.

The most interesting aspect of Superman’s characterisation is that dichotomy between Clark Kent and Superman, and as we have seen, Clark Kent’s development is almost non-existent in Snyder’s iteration of the character. Diana and Steve’s relationship is the core of Wonder Woman, and the film wouldn’t have been the success it was without their dynamic being a key part of Diana’s arc. DC has proven to be better at realistic world-building (their characters also suit this kind of world-building), and this is really where they should focus their efforts.

So yeah, watch the Snyder cut if you want, but let’s not glorify something that doesn’t really work. The future of the DCEU is in individuals like Matt Reeves, and that’s the DCEU I want to invest in.

READ NEXT: I’m A Little Worried About Gotham Knights