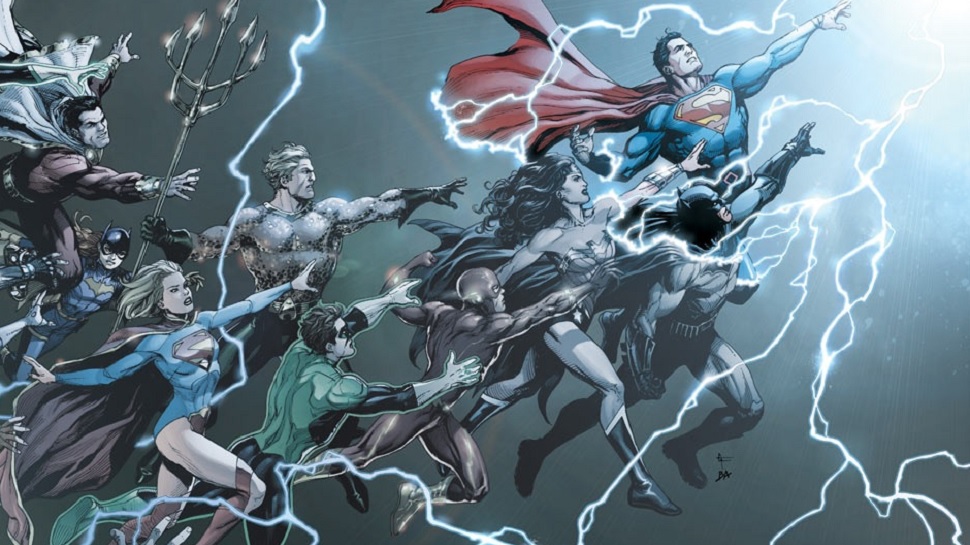 DC’s recent Rebirth has introduced a lot back into the DC Universe, including familiar faces such as the original Wally West and pre-Flashpoint Superman. Elements long-time fans missed, including the relationship between Green Arrow and Black Canary are making a resurgence. One of the biggest themes pervading DC’s relaunch has been the idea of Legacy, both for individuals and teams.

For those new to comics, who want to take this opportunity to hop into the fandom that they’ve likely seen on their television sets and movie screens over the years, you’ve picked an exciting time to make that move. Many of DC’s biggest properties are getting a revamp, but DC is also working hard on some lesser-known characters. These are characters that may not have had as much outside media attention in the past few years, but with potential to be fun series.

These three series each faces their own challenges, including the relatively low-profiles compared to series such as Teen Titans or Green Arrow. However, they also have the benefit of having fewer expectations on their characters and their respective creative teams. With so much going on, there will be books that fall through the cracks. Still, every book deserves a fair shake.

So, before these titles hit shelves, why not learn a little about what makes the characters in these books worth reading about:

The Hellblazer tells the story of John Constantine. Quite possibly the greatest con-artist in the DC Universe, the chain-smoking occultist is known for a number of things, including his willingness to do quite possibly anything to save the world. Having lost his family after his first magic spell, John’s’ magical ability and knowledge is vast, so much so that he knows exits to both Heaven and Hell.

John Constantine is a character who got his start in DC’s’ Vertigo line of mature reading, before making his way into the DCU proper, via interaction with Swamp Thing. Since then, John Constantine has been marked as one of the most cunning and powerful magicians on Earth, having at one point led Justice League Dark, with several other mystical heroes beside him.

Visually inspired by the singer Sting, John is a most cynical Brit. People are often shocked by the lengths he goes to such as killing his happier Earth-2 counterpart in order to save himself and the family of his counterpart.

What’s in store for those interested in Hellblazer? Constantine is an anti-hero, all things considered, but with a heart of gold…sometimes. The strange and twisted world of DCs’ arcane will be on full display. Combine that with classic English wit and sarcasm, and you’ve got a bit of an Everyman Anti-Hero who just happens to dabble (quite well) in the arcane arts, as well as the hearts of many a lad and lass

Red Hood, former Robin and dead person, now a force for good as the last remaining member of The All-Caste. Joining him in the latest incarnation of The Outlaws is the Amazonian warrior named Artemis and one of Lex Luthor’s Bizarros. In short, meet the edgy Trinity! And while edgy might make some people roll their eyes, in this scenario it fits not in that these characters could be considered dark and gritty, in this scenario it means something along the lines of avant-garde!

Jason “Red Hood” Todd has made a name for himself in a few other outlets. Having become acquainted to many fans via the film Batman: Under the Red Hood, Jason also made another major appearance in Batman: Arkham Knight as both the titular villain and Red Hood. The Robin some of you may even had a hand in killing in the 80s, made his return in the early 2000s as a villain to Batman due to Superboy-Prime banging on reality (now we just say it was a Lazarus Pit thing and leave it at that).

These days though, he’s a bit more heroic having been trained by the mystical martial artists of the All-Caste to defend humanity, while cleaning up the streets on his own terms. Plus, he occasionally lends his pistols to whatever Batman might call him in for.

Artemis will be joining the Second Son, a violent and powerful Amazon Warrior, at one time Artemis was even Wonder Woman, having won the title from Diana with some unwitting aid from the Queen of the Amazons. She’s been to Hell and back literally and even handed Batman a beat down.

Also in the mix is one of the most confusing DC Characters of all time, the creature known as Bizarro. A failed clone of Superman designed by Lex Luthor, this creature possesses Superman’s strength and inverted versions of all of his other powers, such as Cryo-vision and Heat Breath! The powerhouse of this unlikely trio, it’s hard to say what kind of forces will try to stand against The Outlaws.

One thing is for sure though, as The Outlaws are known for their checkered pasts, redemption will be a big part of this story. Redemption, friendship, and empathy in uncommon places are big parts of what drive stories including The Outlaws. It’s a simple formula, but it’s got three characters that have the right to tell it.

The Blue Beetle is one of the most well-known legacies of the DC Universe. Originally the name of the Dan Garrett, who used the scarab to fight crime in classic pulp-fiction style, he was succeeded by Ted Kord. Kord did not actually use the mystical scarab that gave Garrett the abilities of flight and X-Ray vision among others, but instead used several gadgets and hand-to-hand skill to fight crime.

Following the death of Kord, the scarab would fall into the hands (or rather, onto the spine) of Jaime Reyes. Jaime is the first beetle to use the scarab as it was intended, bonding with it to create a powered armor of alien origin, the full-power of which is yet unknown. What is known is that the Scarab was originally meant to help The Reach take over as a sleeper agent until Jaime was able to convince the sentient scarab of their own free will and stop said invasion.

The upcoming Blue Beetle series will see Jaime working alongside Ted Kord, in a somewhat reluctant partnership. The series will not only explore the origins of the scarab in more detail, but also work towards creating a true rogues gallery for the latest Beetle.

The Beetles have a rich history with DC Comics, and that will likely play a big part in the series moving forward. Exploring the supernatural and extraterrestrial side of the DC Universe will be a big draw to readers who want to experience this world through fresh eyes.

Rebirth has given a lot of old fans something new to sink their teeth into since Flashpoint. Rebirth though, also offers an opportunity for new fans as well, as long as they’re willing to dive into a new character’s’ story. Hopefully this overview of three series that are likely to fly under the radar to everyone except in-the-know fans, entices you to pick up their books when they release.