Darksiders: Genesis manages to be every bit as significant to the franchise as the mainline games. 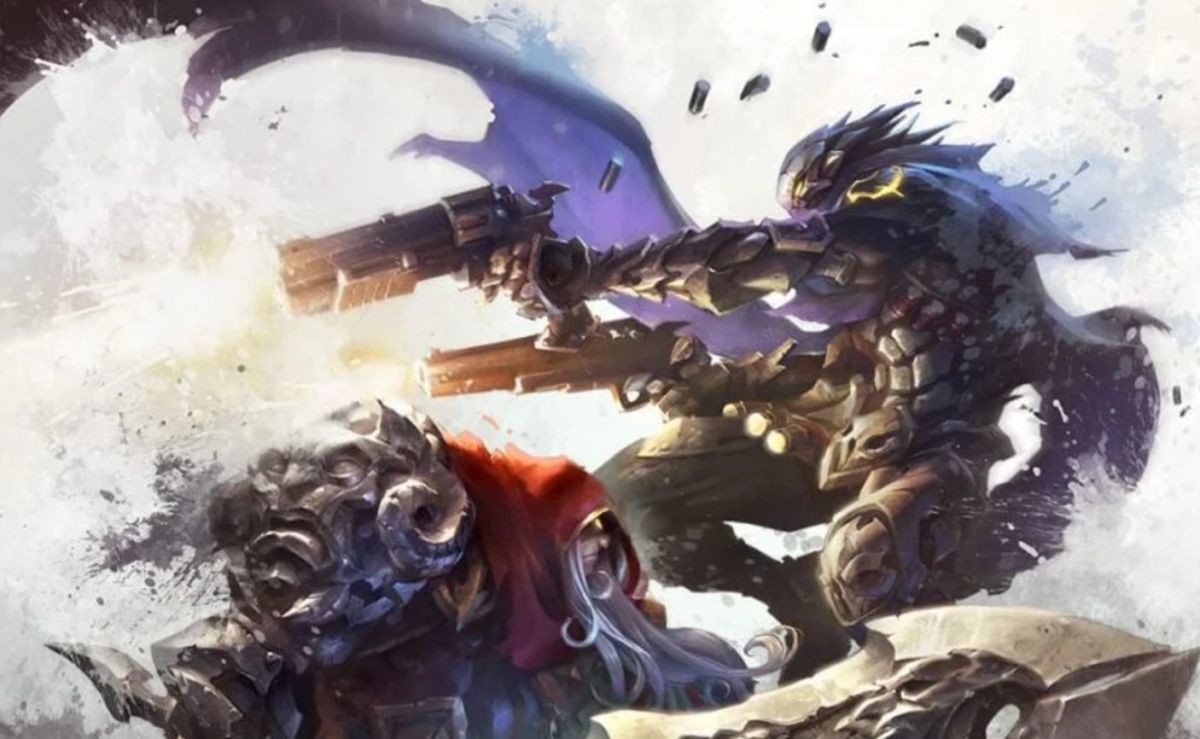 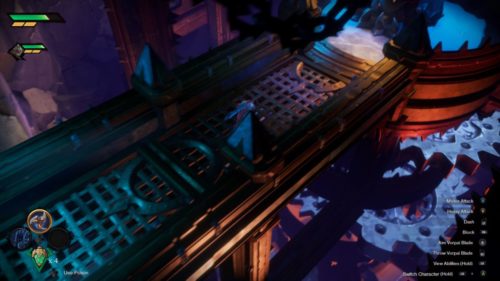 Darksiders: Genesis may surprise series fans itching for another Darksiders game with third-person combat, robust puzzle-solving, and interesting storytelling – mostly because it has none of those things. As a matter of fact, this spin-off from developer Airship Syndicate shares as much DNA with games like Diablo as it does its own franchise, swapping out third-person action-adventuring for an isometric dungeon crawler experience with more simplified mechanics. But regardless of the changes made to the formula, Genesis still manages to capably evoke that classic Darksiders feel to become a must-play title in the series.

Taking place before the events of the original game, Genesis places players in the shoes of two of the four Horsemen of the Apocalypse, War and Strife, as they attempt to unearth why Lucifer has suddenly begun wreaking an unusual level of havoc in Hell. Though there are some notable moments that expand on the overarching narrative of the series, the story here plays out more or less as expected throughout its 12-hour main campaign, offering little in the way of intriguing twists or turns. Instead, what could’ve been compelling drama is overplayed and drowned in cheesy voice acting and sloppy dialogue – Strife’s seemingly non-stop barrage of cringe-inducing quips would be more at home in a Saturday morning cartoon. 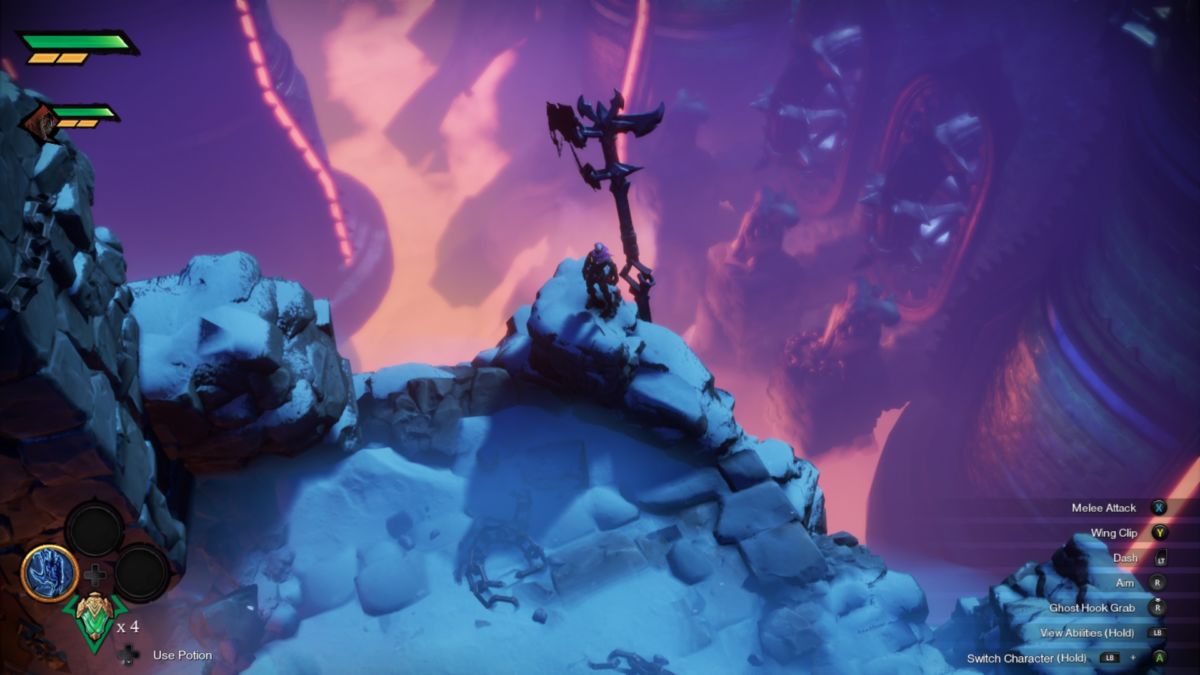 What the game lacks in interesting story development, however, it makes up for in spades with its gorgeous visuals and lovingly-crafted stages. Though the gameplay takes place from an isometric angle, the camera regularly pans out cinematically to showcase the impressively detailed world beyond the playable space, successfully building the world of Genesis in a way that its tonally inconsistent narrative simply never does. For every grating conversation I had to sit through, I was greeted with a beautiful vista or a perfectly-framed descent into the depths to remind me of just how much I love the world and art style of Darksiders.

Genesis mostly manages to feel like a full-featured Darksiders game with a camera angle shift, bringing with it the franchise’s usual bevy of stylish combos for you to unleash against hordes of hellish enemies. What begins as a button-masher quickly evolves into a dance of frenetic combos and dashes as you avoid attacks and execute low-health enemies with brutal finishers to spawn health orbs and other useful goodies. It’s a gory and murderous sight to behold, and before long, it’s easy to settle into an almost trance-like state of carnage as you swap between the two Horsemen on the fly to make use of their unique combat styles – War with his heavy, barbarous sword swings and Strife with his nimble movement and long-ranged gunfire. 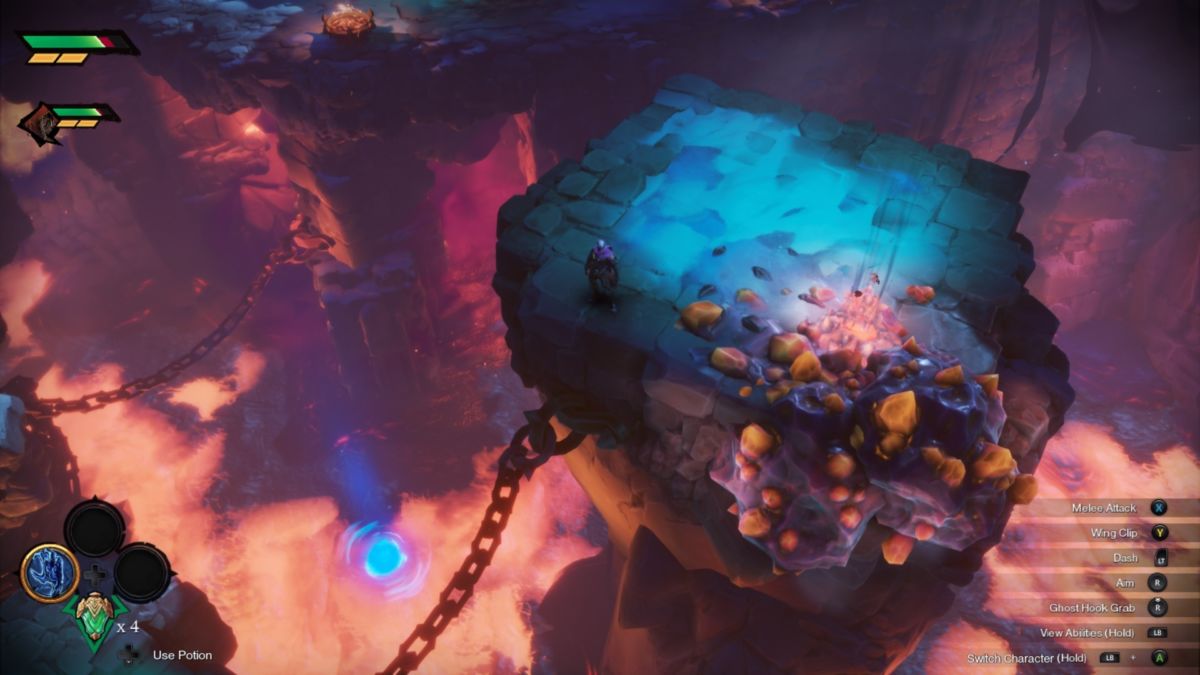 Switching between the two fighters is necessary unless you delve into co-op, and though fun, my limited time spent in cooperative split-screen with a friend left me missing having control over both characters. Both Horsemen have melee options, but only Strife feels able to truly back off and assess situations while still providing consistent DPS with his guns and various ammo types, so I felt like a piece of my kit was missing any time I became overwhelmed by enemies while playing solely as War. This immaculate sense of moment-to-moment synergy between the characters is a blessing and a curse, depending on how you approach your time with the game.

Collecting coins and souls scattered throughout the large stages can be used to purchase items and upgrades to the two Horsemen’s arsenal of combos. Both resources are common enough that I never felt like I went too long between meaningful upgrades or additions, and every enhancement felt meaningful and worth my investment. You can also use the currency to obtain extra trickster keys that can open vaults full of treasure throughout your journey or buy shards to directly increase your health or wrath, the latter acting as a sort of mana pool that allows for the use of your more powerful abilities. 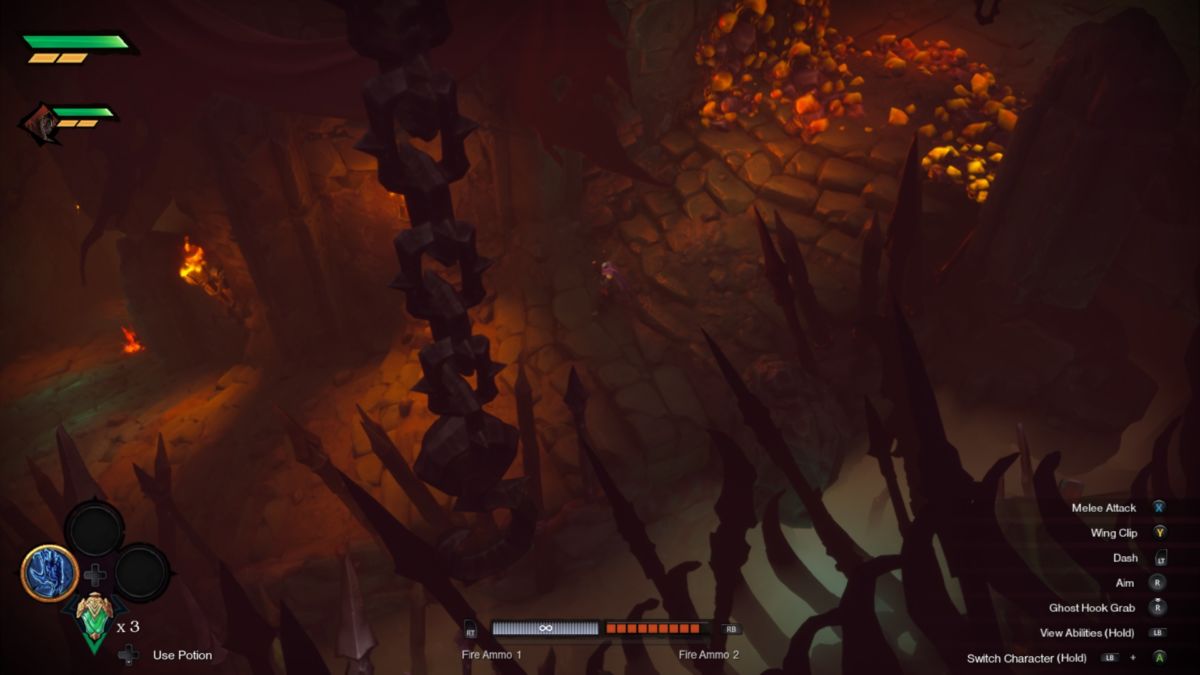 You won’t find a loot system or traditional level progression here, as Genesis provides character advancement via Creature Cores that are assigned one of three attributes: health, attack, or wrath. Slotting these cores into a grid allows you to unlock a sweeping variety of unique passives, such as baseline increases to attack or health or even a chance of spawning a hellhound that attacks enemies for you. The cores are all enemy-specific and therefore upgraded as you continue to defeat enemies of that type. Since each level contains a plethora of secrets and worthwhile extras to seek out, there are plenty of reasons to continue fighting similar enemies as you explore.

Mainline Darksiders entries have Zelda-esque dungeons full of complex puzzles to solve, but you won’t find any such head-scratchers here. Puzzles in Genesis most often amount to pulling a simple lever to open a door, though there are occasionally barriers that require using one of a handful of tools, such as throwing War’s glaive through fire to an unlit torch to set it on fire. The solution is almost always blatantly obvious at a glance, but they’re nevertheless fun ways to interact with the world and pad out the gameplay experience when you’re not slaughtering hundreds of demons. 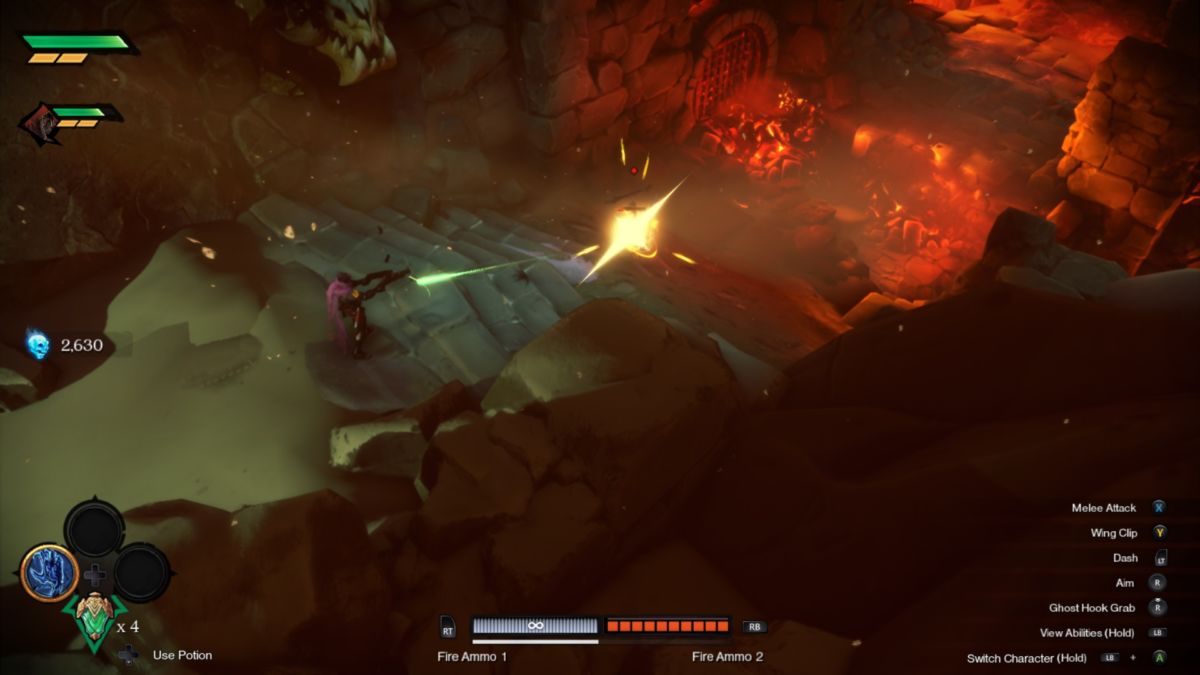 Audio periodically cut out during my time with Genesis, and the game locked up entirely on a few occasions, requiring me to restart the program to proceed. I lost a little progress each time, but the fairly frequent autosaves thankfully kept me from ever being set back too far. Considering that the game runs exceptionally well on ultra settings even on my relatively old laptop, it was easy for me to forgive these few hiccups, but I’m nevertheless hopeful that the developers can solve these minor inconveniences quickly.

I ended my time with War and Strife pleasantly surprised that the switch to an isometric view didn’t make Genesis less of a Darksiders game. What I expected to be a run-of-the-mill Diablo clone managed to win me over with its adherence to the same core gameplay design that the mainline games have employed to great effect in three previous outings. If you can overlook the banal dialogue and corny voice acting, you’ll find an incredible game very worthy of its namesake.

Verdict
Despite some hokey voice acting and a few technical quibbles, Darksiders: Genesis manages to be every bit as significant to the franchise as the mainline games.
8.5