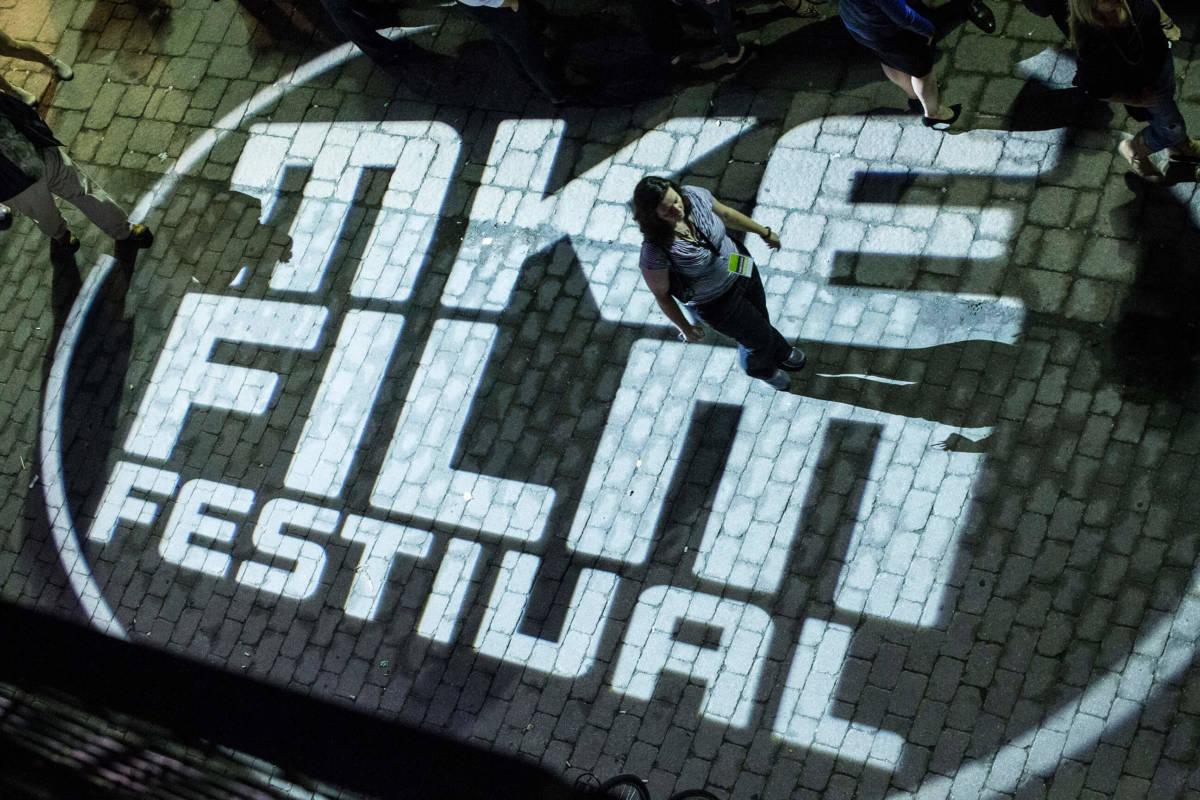 Since I was a kid, films have always been my getaway, or more accurately, my gateway into entirely new worlds without ever having to leave my place on the couch. Music, books, and video games can take you to other environments (and give plenty of nostalgia), but films are the most visual medium that provide a pure, raw, and instant response. Whether you are living life vicariously through an invincible superhero, a government spy, or a lover courting his soulmate, movies bring power to the powerless and evoke emotions that we can experience time and time again. That is why I love them.

So, as this is the second year in a row that I’ve been chosen to attend the Milwaukee Film Festival as a member of the press, I don’t take the opportunity lightly. Plus, I get to work with an awesome new group like Cultured Vultures, and the fact that I continue to do so with another amazing film critic, who has been invaluable as a friend, mentor, and supporter in my work, just sweetens the pot. But what will this year’s Milwaukee Film Festival bring? And how will it continue to fuel the passion that I have for the industry, the filmmakers, and fellow critics? Enter my first official day of the 2017 Milwaukee Film Festival. 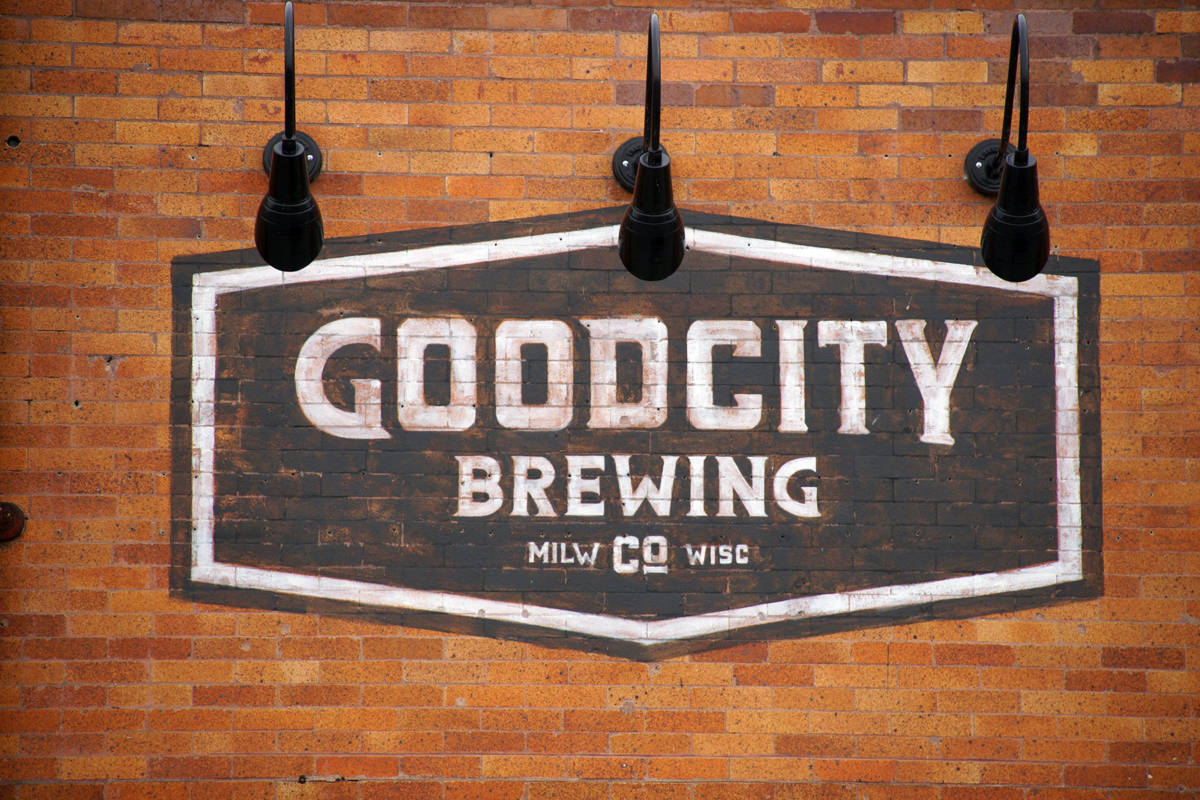 After a wonderful (but super crowded) opening night party at Good City Brewing, I returned home and mapped out what I wanted to see the next day. For the past few weeks I had actually been constantly adjusting my schedule because the sheer volume of everything the fest has to offer.  I had also just received a ton of online screeners, so that meant I had to rework my schedule even more. But I knew that most of the time I would have available would be in the evening, so I planned on seeing two series of shorts for my first night: Shorts: Date Night at the Downer and Shorts: The Best Damn F*#@ing Midnight Program Ever. Sh*t (which is an awesome name, by the way) at the Oriental. Last year’s hustle and bustle kept me from seeing any short films at all, so I wasn’t sure what to expect. But this fest is known for having very pleasant surprises, so I made my first trek to the Downer, looking forward to the experience.

With a considerable crowd outside for the first shorts of the night, I reminisced about my return to the Downer. It’s a smaller venue, and I always appreciate the intimate atmosphere. The rustic look and feel of classic Milwaukee architecture and style always gets me, and I am thrilled being here again. The public here also shared the same love that I have, as every seat quickly became occupied. Additionally, the presence of festival volunteers helping and guiding folks also made me feel appreciated and welcomed. Their hard work and dedication to this event makes recognizing the great work of directors and screenwriters that much better. So, with my voting ballot of short films in hand and excitement for what was to come, the introductions to the fest were given and the lights dimmed…

“Shorts: Date Night” was a group of eight films, each evoking passionate emotions about love, sex, and intimacy, all with the goal of them was to make the viewer appreciate life and togetherness with their fellow man (and woman). Whether through the loss of a loved one or through the joining of two wild personalities, these films had the audience experiencing a variety of emotions that deepened their ideas of love. Among these, there were four that I really enjoyed.

The Talk: True Stories About the Birds & the Bees gave a male perspective on some hilariously embarrassing stories about parents giving their children talks about sex. A kid questioned a spontaneous erection after watching a sex scene from The Terminator while another was given a book on frogs lying in human kama sutra positions.  The laughs kept on piling up from the audience with comical stories and equally hysterical illustrations.

Nothing Ever Really Ends was a story about Norwegian lovers Marius (Arthur Berning) and Ebba (Kristin Jess Rodin) who broke up every New Year after being together for nearly ten years. However, the two always got back together because their intimate memories kept their love aflame and they eventually planned to finally tie the knot.

As the films progressed, I noticed a lot of people with significant others in the room, and I think that by the end, everyone was equally satisfied and happy. The shorts were a joy and gave a refreshing variety of takes on how love affects different people.

I then moved quickly to the Oriental for the next series of shorts. It was very familiar territory as this was one of the main places I attended last year. The entrance and grand hallway always reminds me of the theater scenes in “Last Action Hero” with Arnold Schwarzenegger, as it has an equally vintage look and feel of a classic cinema. You always have to appreciate the history, sculptures, and design when considering these locations versus a more modern theater like a Southridge BistroPlex. And the Oriental has a grand feel compared to a venue like the Downer.  After I took my place in one of their smaller rooms and hearing a ludicrously vulgar welcoming to the shorts and to the film festival (with every other word being fuck or fucking), I prepared myself to experience this late night offering of shorts, hoping it would be one of the best things I ever saw.

This program series featured ten films that gave the viewer one of the most diverse experiences that a short set had to offer at the festival. Whether dealing with suspense, horror, or comedy, they had a high production quality and could potentially lead to future television series and features. They certainly brought the audience great emotion and a true appreciation for the creativity behind these raw representations of cinema. Out of this medley of films, four stood out to me the most, though pretty much all of them were quite awesome.

The Robbery placed a young woman in a pressing situation: she had a certain amount of time to pay someone, but she had no money. Spotting a nearby convenience store, she ran in with a gun in hand, attempting to rob the place, only to experience some “interesting” consequences.

We Together was a horror short that focused on a lone pizzeria worker who still had a passion for music inside him, even though he was a flesh-eating zombie. Hearing a nostalgic musical tune that sparked his heart and moved his feet, he and a nearby co-worker danced their disease away, only to come face-to-face with a zombie populace who didn’t feel the same way.

The Cleansing Hour was another phenomenal horror short that was about a show of the same name. Featuring host Father Lance (Sam Jaeger), the show streamed live “exorcisms” that enticed the audience to tune in and see the deliverance of a lost soul given over to Satan. However, when actress Heather (Heather Morris), the week’s guest, suddenly becomes possessed, the staged exorcism goes completely sideways, and Lance and his crew have to exorcise a real demon.

Lastly, Great Choice was about a featured Red Lobster commercial offering a deal on shrimp. However, as the tape rewinds and the commercial plays continuously, one woman became aware inside the commercial and gets stuck.  Desperate to get out while facing a changing environment and a crazed server yelling “GREAT CHOICE!” at her over and over; it was a creative bridging of comedy and horror that was rarely shown.

In the end, this series of shorts made me happy to be a participant of the fest again. The public reactions were priceless and the producers of one film (Pharma Lab Training Video: 1) got to see a live reaction of how much viewers enjoyed their movie. Overall, it was an amazing experience, and leaving the Oriental theater for the close of my first day, I was psyched to see what the rest of this festival had to offer.