Cowboy Bebop And Reconciling With The Past

Any show can have cool bounty hunters in space - what makes it great is when they're still relatable figures. 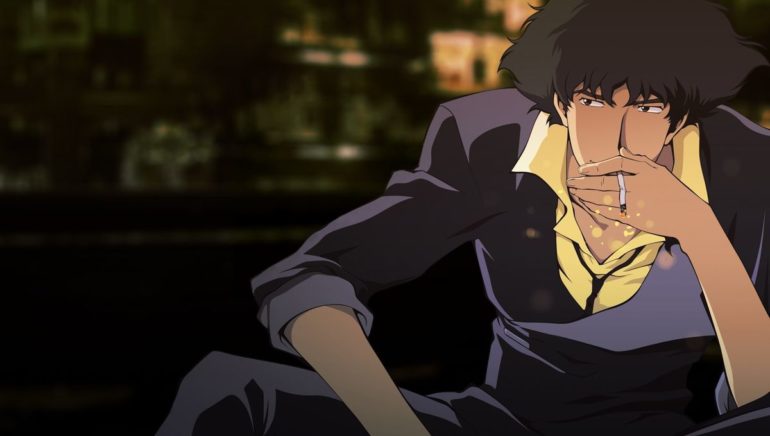 The past year for me has been nothing short of a hell of a ride. My dad passed away from a sudden heart attack last February, while last July I got into my first proper relationship which I recently broke up from. Both of these have been sore spots for me. Even now, though the past can hold pain, you can also find some comfort there. One way I’ve been coping with all that is going on is with nostalgia, and I decided to re-watch one of my favourite series: the 1998 anime Cowboy Bebop.

Cowboy Bebop is one of the most unique anime of all time. It was one of the first Japanese animation projects to travel across to the West, and currently sits at number 34 on IMDB’s 250 best shows of all time, being the second anime in the list after Death Note. A wonderful blend of genres, throwing Spaghetti Western, Science Fiction, Neo-Noir and even a little bit of horror together, Cowboy Bebop is a show that stands alone above the rest of the anime industry for its creativeness. The show itself is a character driven story, following the crew of the Bebop, a ragtag group of bounty hunters travelling across the galaxy. Each of these characters carry a lot of baggage with them, which slowly gets unloaded as the show goes on.

Spoilers ahead for Cowboy Bebop.

Most of the show is episodic in nature: each of these ‘sessions’ acts as its own self contained story, where the crew of the Bebop go hunting for a different mark. Some of these can focus predominantly on one character, while others seek to develop the relationships between the dysfunctional family unit of the crew. The real driving plot that drives the main story is the conflict between Vicious, a psychotic enforcer with a criminal organization known as the Red Dragon Syndicate, and Spike Spiegel, Vicious’ ally-turned-nemesis and one of the show’s protagonists.

Spike Spiegel is a smooth-talking bounty hunter who is the definition of cool. In the past, he was an ex-enforcer who worked with the Red Dragon Syndicate, one of their best in fact, to the point that he and Vicious were both considered for leadership. This time in his life has left him physically scarred as well as emotionally: he loses his right eye during an operation with the Syndicate, which gets replaced with an artificial one. Throughout the show, he tells his friends they’re better off forgetting the past, that it’s ‘not important’.

Before the events of the show take place, he vows to leave the criminal life and run away with a woman he fell in love with called Julia. However, when they are supposed to meet, she never turns up. Vicious is the strongest reminder of Spike’s past being shackled to him, but it isn’t until towards the end of the series where he finally faces it head on. Julia returns, revealing that Vicious forced her in a position that meant she had to leave Spike to protect him. After she is murdered in a Syndicate hit, Spike decides to destroy them once and for all. This reconciliation of the past leads to his death in the final episode, but the attack provides Spike with the necessary catharsis he needs, and he dies with a smile on his face.

Out of all the characters on the Bebop, Jet Black is the strongest in his mentality, thanks to his strong moral code and sense of justice. He is also the eldest of the crew, with his scars more literally visible than the other members. Before the events of the show, he was an officer in the Inter-Solar System Police, or ISSP, and had a long-time relationship with a woman called Alisa. However, his trauma comes from Alisa leaving him suddenly, and losing his left arm while investigating mafia related corruption in the force. Both these scars are explored in all too literal senses: Alisa leaves him a watch, and Jet gets a mechanical arm instead of a newly regenerated one. Jet is forced to re-confront his past twice in the show, when he meets his old lover Alisa, and the partner who betrayed him. 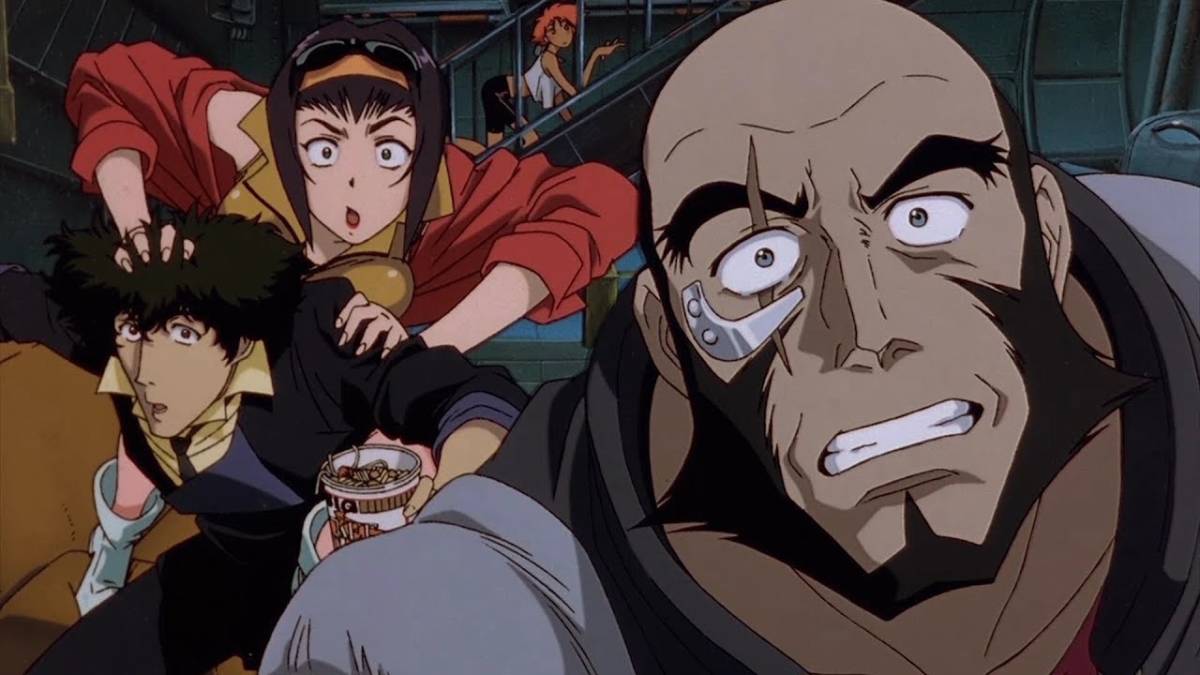 Both of these encounters are solved in different ways: Jet hands in Alisa’s new partner – who is that episode’s bounty – to the authorities but promises he will get out on a technicality. As for his corrupt ex-partner, he learns of his betrayal after working one last case with him, and is forced to kill him. However, he frames the scene to make it look like he died a hero’s death. The former is the most symbolic gesture for Jet’s character, as the episode concludes with him throwing away the watch Alisa gave him, letting go of the old memory. The show is probably the kindest to Jet for confronting his past and rewards him the most for receiving closure, as he is still piloting the Bebop and still working as a bounty hunter by the end of the show.

Faye Valentine stands out from the rest of the Bebop’s crew in the fact that she is the only one who is actively seeking her former life. Before she meets the crew, she has no memory of her past, only carrying with her a momentous debt and a cynical mistrust of others. Due to her being taken advantage of by con artists, she ends up going on the run and leading a criminal life, something which makes her a bounty for the Bebop crew. However, she ends up teaming up with them, and through her adventures with them, ends up learning about her past.

Due to a spaceship accident that happened over fifty years before the show’s events, she gets put into cryogenic sleep until medicine can catch up enough to heal her injuries. When she regains her memory, she goes to where her home used to be, where she finds the people from her past life dead or old, as well as her family house in ruins. She even finds a VHS of her younger self, which shows a happy, optimistic girl who is hopeful of her future. This original identity that she had been seeking is a huge juxtaposition to the bitter and debt-ridden Faye of the show.

This experience humbles her, simultaneously making Faye go through something of an identity crisis, as well as becoming more caring and empathetic, which causes her to grow closer with the Bebop crew. However, fate isn’t kind to her, as the family she has made for herself is once again shattered when Spike goes to face the syndicate. Her subsequent breakdown as her last hope of saving Spike from his fate, as well as her whole character arc, reinforces another theme of the show: nothing lasts forever.

There are the youngest and most unlikely members of the group: Edward Wong Hau Pepelu Tivrusky the fourth – or Ed for short – and Ein, a genetically modified Corgi. Ein is the first to join the crew, after being rescued from a bounty early on in the show. Their presence acts as a counterbalance to the rest of the crew, providing the much-needed light heartedness before Cowboy Bebop disappears into depressing depths. Additionally, Ed’s childlike innocence and youth makes her the only character who is truly living in the present instead of being weighed down by the past. Sure, she still has her emotional baggage – her father pretty much abandoned her when she was little. But she isn’t running from her past. She’s simply living her own life, excited to see where her adventures will take her and who she will meet. Even when she eventually finds her father, she doesn’t go along with him. Ed leaves the show in pretty much the same way she arrived, seeking adventure and making her own choices in life. 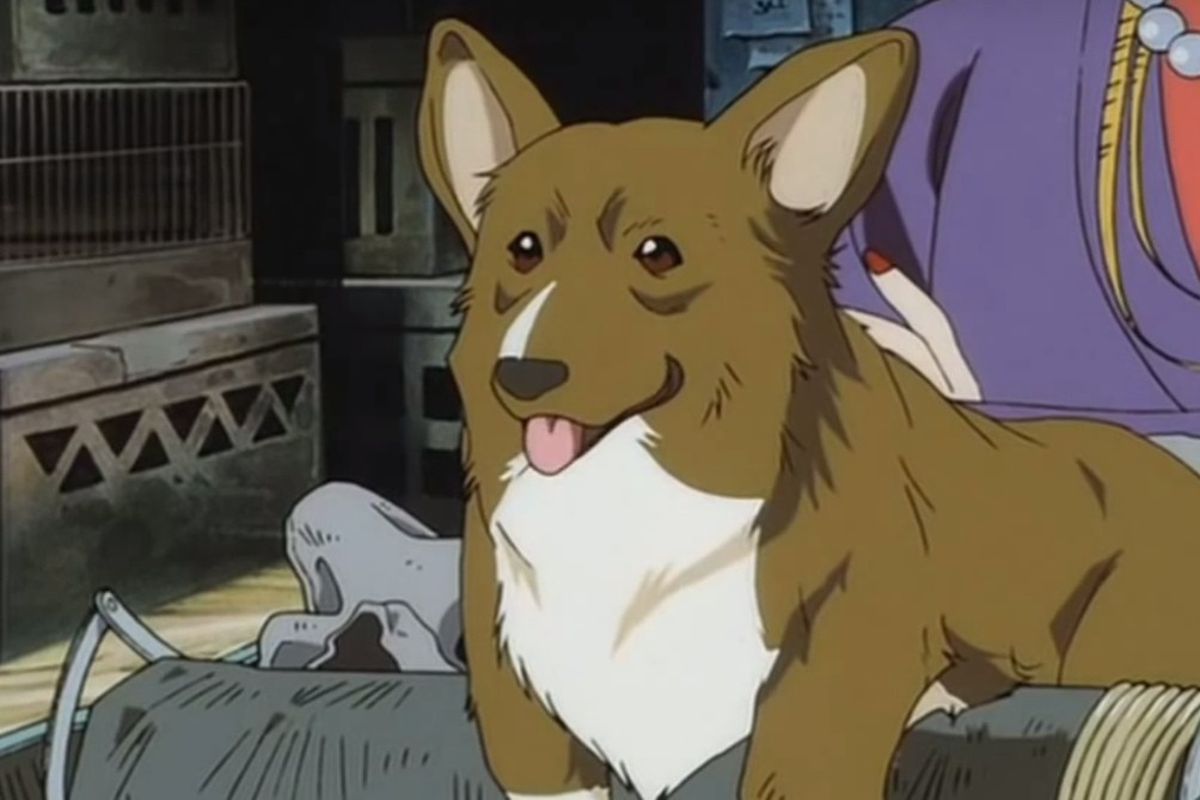 Over the course of its rough production cycle, director Shinichirō Watanabe would rally his team with the promise that this show would be talked about decades after its debut, and thanks to the show’s many layers, people are doing just that. Upon first watching Cowboy Bebop, the main cast may look like walking cliches at first: Jet being the gruff but fatherly figure, Faye the femme fatale, Spike the cool badass space cowboy, with Ein and Ed acting as comedy relief. However, as the show goes on, the audience shows that all these characters are broken souls and have the common goal of running away from something. They are all stubborn in their ways, and the way the show presents these characters reconciling with their pasts fits their identity.

During the timeline of the show, Spike is the first to face his past as it drives the main story, and his struggles reach their conclusion with the final episode. He’s carefree and lazy, but when his past rears its head, Spike acts as a more serious person. Though his own torment is just as heavy as the rest of the characters, Jet stands out from the rest of the cast because of his age and experience, and it’s this that seems to make him the most willing to accept his past. Faye is the only character who goes out of her way to seek out her past, but again, her struggle shows that sometimes those answers can come with a heavy price. Meanwhile, Ed deciding to choose her own fate when confronted by the past is perfectly reflective of her personality, and wraps up her character arc quite nicely.

Beneath its cool, swashbuckling exterior, there are many nuances and complexities that demand exploration. Cowboy Bebop is revolutionary in one aspect of its writing: the characters accept their vulnerabilities rather than overcome them. It’s a show that has its characters taking on the past, wrestling with it, and carrying that weight with them, even if it literally destroys them. All of the characters have experienced trauma and heartbreak in different senses. Indeed, in their arcs, they don’t even get traditional happy endings. In some cases, it breaks them. But in each of the cast, facing their past provides them with the necessary steps to move on with their life. And as with other art forms, it imitates life.

The kind of reconciliation that is facing the past head on may be hard, perhaps the hardest thing you ever do. The suddenness of my dad’s passing was a shock to me: we weren’t on the best of terms at the time of his death and it still hurts that I never got a chance to make my peace with him face to face. Even with my ex, though we get along and there is still a lot of love and emotions between us, there is also some pain there as well.

But if Cowboy Bebop tells its audience one thing, it’s that going through the pain of the past is the only way that we can be allowed to continue on with the present.