"Gameplay will become so much more immediate with the next-gen hardware." 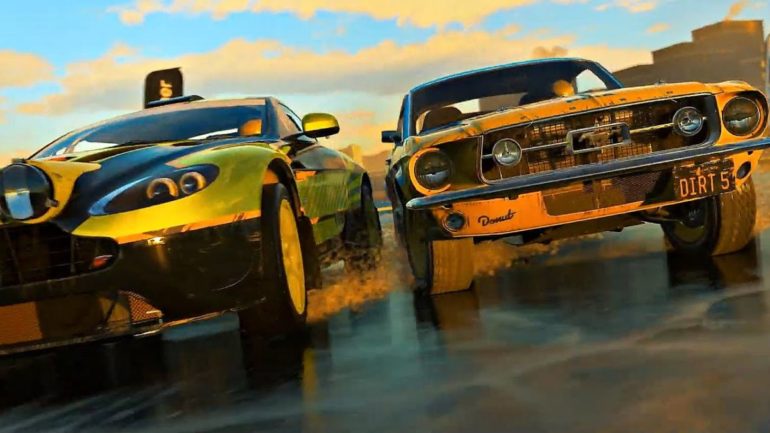 The new generation of consoles is looming, if you somehow hadn’t heard. Lots and also not quite enough has been said about the PlayStation 5 and Xbox Series X | S in the lead up to their respective November launches, and DIRT 5 will be right there alongside them.

While we know the basics about both consoles, questions linger about UI, general features and much more — we may be less than a week away from a social media riot if we don’t soon discover if the PlayStation 5 will have folders on day one.

Personally, though, I have been fascinated by how cross-gen development is working out for developers themselves, what kind of impact it’s had on teams and how easy each console is to work on. With free cross-gen updates almost expected as standard, is it a wise expense to deliver two versions of the same game and potentially only earn half as much?

DIRT 5’s lead game designer, Michael Moreton, feels Codemasters has been up the task of working on so many versions at once.

“It’s a great challenge working on both. It’s the most exciting time to be in game development when the launch of a new generation of hardware comes around. Witnessing the dev team crowd around new hardware as it comes in, with everyone eager to see what new features can be taken advantage of and what can be implemented into our games is very special.”

Moreton is also excited to see how both consoles leverage the additional power, mentioning that DIRT 5 will boast those wickedly quick loading times you’ve been seeing everywhere, as well as double the framerates.

“We’re really excited about 120 frames per second in DIRT 5. We’re also pushing the hardware to deliver the next level of visual fidelity in all cases. One of the other major improvements we’re looking forward to everyone trying is the monstrously quick load times. Gameplay will become so much more immediate with the next-gen hardware.”

Robert Karp, DIRT 5’s development director, acknowledged that cross-gen development hasn’t been without some issues, though.

“It’s up to the team to figure out how to get everything working on both current-gen and next-gen. Whether the team do workarounds, find different ways of tackling problems, or implementing new systems to deal with the disparity, each game depending on its engine will face different challenges.”

DIRT 5 will eventually be available on six different platforms, seven if you include the Series S as a truly standalone product. With DIRT 5 also offering free next-gen upgrades, I wondered how that would affect costs and workload. Karp was candid in his assessment.

“So many SKUs means lots of work for the team! The guys have done a fantastic job of making sure we have everything covered. From a budget perspective, more SKUs mean higher costs. The company has done a wonderful job in supporting us in offering DIRT 5 players a free upgrade when transitioning from current to next-gen. That was a big decision with gamers at heart – I’m sure there will be many companies who will be charging for such upgrades.”

It’s worth noting here that while most cross-gen games, including DIRT 5, support free upgrades between the eight and ninth generations, games like Call of Duty: Black Ops Cold War, which has an upgrade path more complex than its own pointless ARGs, do not.

It does seem from my discussion with Codemasters and everything I’ve heard that developers and publishers are embracing cross-gen unlike any other generation before, despite the added pressure. While the long-term benefits (or perhaps even the opposite) of cross-gen updates aren’t yet clear, one thing is certain: we’re going to have more launch games to play than in any other console generation.

DIRT 5 launches on PC, PlayStation 4, and Xbox One on November 6th while also being an Xbox Series X | S launch title on November 10th. A PlayStation 5 version will launch later this year with the Stadia version set for 2021.

READ NEXT: 20 Best PS4 Racing Games You Should Play