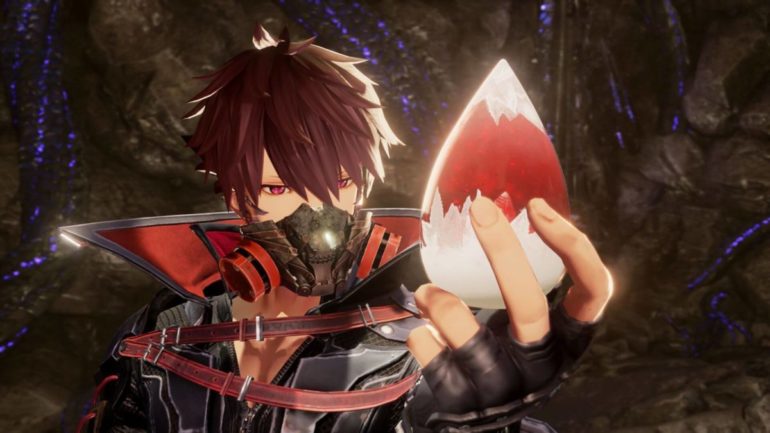 Bandai Namco’s own personal take on the emerging Soulslike genre, Code Vein was originally scheduled to release back in September 2018. Unfortunately, a massive delay in July pushed the game back to 2019. Bandai Namco said that the massive delay was so they could polish and refine the game in order to, in the words of Bandai themselves, “exceed the expectations fans already have of the title”.

We managed to get some hands-on with the game before said delay, and some extra development was needed. The core of the game was there, and it was definitely enjoyable, but Code Vein was pretty rough around the edges at that stage. With some huge glitches rearing their ugly heads, Code Vein didn’t feel like a game that was just a few short months away from release.

Since the delay, Code Vein disappeared into the ether with little in the way of news. Some might have wondered whether the game would ever see the light of day, but it appears that 9 months of no news is better than some bad news. After traveling down to London to play the game at Bandai Namco’s offices, Code Vein is back, and it demands your attention, even if you’re not the biggest fan of the Soulslike genre.

Code Vein sticks pretty rigidly to the same formula and patterns of Dark Souls, as you explore a ruined, post-apocalyptic world filled with monsters, demons and bloodthirsty creatures of the night that won’t stop until you’re dead. Players will explore the landscape, try to survive, earn EXP and level up at Mistles, which share absolutely no resemblance to the bonfires in Dark Souls. Not at all.

Interestingly, the initial two hour build gave the impression that Code Vein is made up of individual levels and dungeons connected by a central hub area rather than one big explorable world. It’s a subtle difference, but one that might make progressing through the game much easier. One of the issues that players ran into when first playing Dark Souls was guessing which way to go first, especially if they went in without that trusted strategy guide.

In truth, Code Vein feels a bit easier than Dark Souls, at least in the initial stages, which should ultimately be to the game’s benefit when it launches. The beautiful anime art style and more modern world will make the game more appealing to those who might be turned off by the aestethic of Dark Souls, so the reduced difficulty in the early levels will in turn make Code Vein feel less frustrating for those newcomers. Don’t worry though, as Code Vein’s difficulty definitely raises its head later on.

Aside from the changes in exploration, Code Vein starts out with a full tutorial to get you properly acquainted with the controls and abilities, so you’re not just flying blind into a post-apocalyptic hellscape armed with weak moves and a can-do attitude. Instead of mapping the attacks to the right triggers, Square and Triangle control light and heavy attacks. Holding X channels a powerful blood attack that does massive damage, but takes a while to charge. The change in controls makes Code Vein feel a little more like a character action game.

For those who would rather cast magic and abilities, holding R2 and pressing one of the face buttons or the d-pad unleashes these moves. Depending on your equipped Blood Code, which we’ll touch on later, abilities can range from damage buffs, powerful combo attacks, fireballs and much more.

In the lower difficulty areas, the combat favours a more aggressive style, feeding into that character action feel. If you put pressure on your opponents, you’d often get the kill before your enemies could even attack. You could even circle strafe most early enemies pretty easily to get a backstab with the light attack button.

If enemies did attack, you could either dodge, block or parry their attacks. It’s possible to still achieve great success without even using the parry, and trust us, we did, but players who are able to master those higher level defensive skills will likely be untouchable. Expect YouTube to be filled with some absolute parry beasts using only a Guitar Hero controller made of styrofoam two days after the game comes out.

That being said, Code Vein will still kick your ass up and down the post-apocalypse, especially in the tougher areas. The high difficulty area featured in our demo build, the Town of Sacrifice, was filled with bosses, difficult enemies and invasions that were designed to destroy those who played the tutorial and thought they were a big shot. We went from 0-humbled in about 10 seconds flat.

The difficulty, and more importantly punishment, in Code Vein comes more from your own mistakes than anything else, along with how you approach fights. Running into a large group of enemies and letting yourself get surrounded is just going to lead to you getting battered in short order.

It’s better to split groups up and eliminate weaker enemies quickly. One on one fights can be aggressive and fast paced, but you still have to be smart in your approach to each engagement, making sure that you’re fully aware of your surroundings. Code Vein isn’t exactly shy of blindsiding you with devastating attacks while you’re in the middle of another fight.

On a personal note, the high level area seemed to reward XP at an astonishing rate, granting level-ups after just a few enemies killed. Though the initial difficulty of the Town of Sacrifice was enormous, with plenty of deaths and necessary tactical retreats, the difficulty quickly became much more manageable after a few victories and level-ups. This might be how the demo was built, going from the start of the game to section much later on with the same character build, but it’s apparent that levelling up your character has an immediate effect on your attributes.

Code Vein gives you plenty of tools and features with which to tackle these high difficulty areas, tools which give the game something unique in a burgeoning genre. The most important feature is the ability to change between blood codes on the fly. Blood Codes are essentially your classes, and you can earn them by defeating certain bosses or by interacting with new characters as you progress through the story.

As you would expect, Blood Codes offer their own new abilities and specialisations, ranging from an affinity in strength, casting, ranged attacks, increased health and more. You can level up your stats as you would normally, but being able to switch up codes as and when they’re needed to improve certain stats can make strategising more engaging. Being able to switch to a more ranged class with different attributes and abilities to tackle a new boss without having to completely revamp your class will make progression feel more fun.

The Blood Codes are a way for the game to reward you for playing how you want to play. As you would in any other RPG, you can create your character to favour a certain build, but these Blood Codes allow you to accentuate these strengths, or bolster your weaknesses, all without having to fully commit to a certain specialisation.

The other major tool that makes Code Vein less daunting for new players is the constant AI partner that follows you on your quest. This partner can help draw aggro in the middle of a fight, or even revive you if you lose all your health. They’re a limited resource, so you can’t rely on them to basically win the game for you, but they’re a handy tool in a pinch, giving you some much needed breathing room in fights or that second chance you need in a boss fight, so they’re worth protecting. Players will also be able to enjoy full online co-op with other players instead of an AI partner, tackling the horrors of the post apocalypse together.

The story is more overt than most Soulslike games, with no strange old women or suspicious knights talking in riddles, but it’s still a bit unoriginal from what I’ve seen. You’re basically the chosen Revenant (see: vampire), so an undead if you will, and it’s on you to restore the world. It’s Dark Souls but without the air of mystery, and it’s not exactly going to win any narrative awards. Then again, it’s not the reason you play a game like Code Vein in the first place: you play it for the challenge.

You might also want to play the game for its creation tools, as the character creator allows you to create your near perfect anime protagonist. I say near perfect as there seemed to be very little in the way of beard options, which I always consider to be a negative as far as character creators are concerned.

Basically, your male options range from Goth Twink to Well-Dressed Twink, while your female options are as plentiful as you might expect from an anime game. Naturally, we went for the well-dressed twink, as you can see in our video above, but there’s so many other aspects to fiddle about with that most players should be satisfied with their creations.

From the build we played, there are a couple of issues, but they mainly consist of the world and its population. The ruined cityscape shown off in Code Vein did get old after a while, as there’s only so many destroyed buildings you can traipse through before it gets a bit samey. Meanwhile the majority of the enemy designs didn’t exactly pop, save for one boss fight with two cool looking knights.

Quick side note: I managed to beat those punks first try, possibly making me the greatest Code Vein player alive today, though the fight was incredibly close. I probably spent the majority of it with critically low health. Still, we only saw a small slice of Code Vein, so we’re hopeful these issues with the stage and enemy design aren’t problems that permeate the rest of the game. Some variety would be nice, basically.

Code Vein might share a similar formula to the popular Soulslike genre, along with an incredibly familiar basic story premise. However, it utilizes features and ideas that’ll make the game more appealing to players who are yet to try those titles. These features give the game some much needed identity in an ever-growing genre, but Code Vein still retains those core concepts of the genre that the more hardcore fans can identify with. We’re incredibly interested to see more.