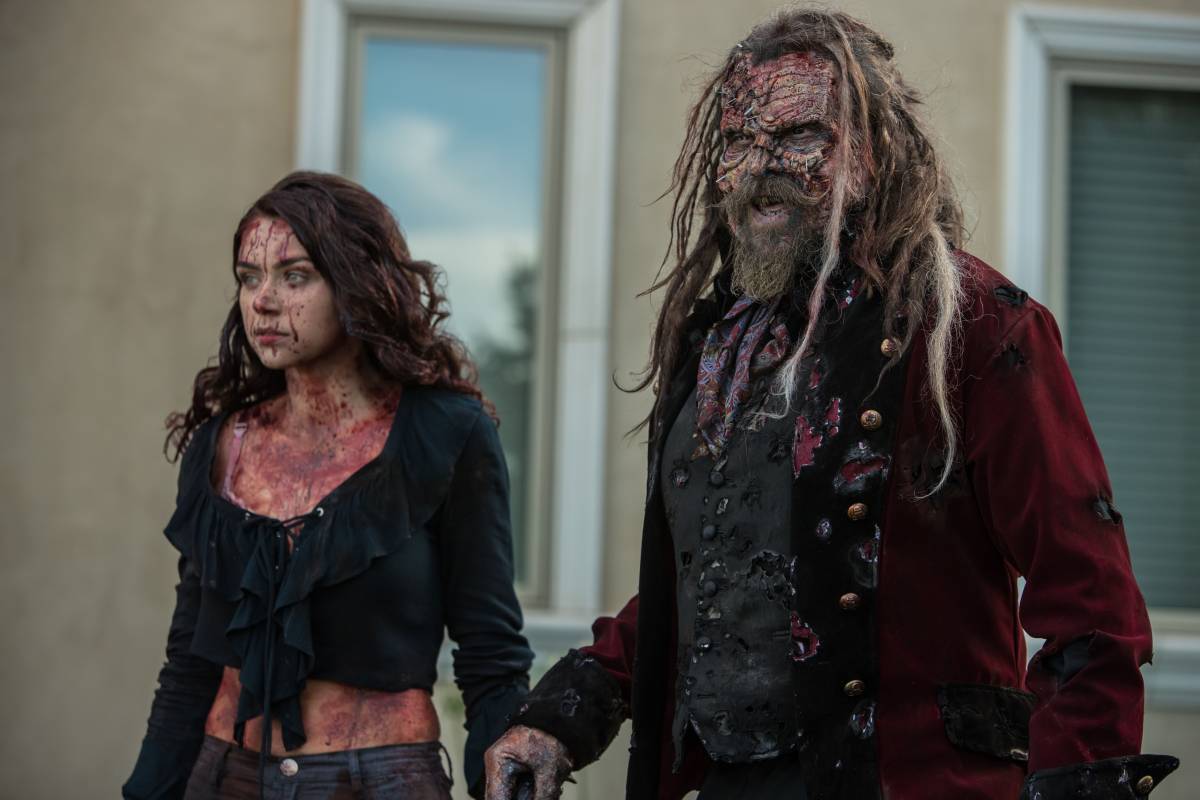 I like that Circus Kane director Christopher Ray isn’t afraid to experiment a little aesthetically. Well, Ray does go overboard a few times, but mostly his experiments with the camera are kept in check. The most obviously stylized parts are the flashbacks, with an 8mm look, but it’s a fairly subtle effect.

The story follows a group of young-ish people in their 20’s and 30’s who are all involved in the horror community somehow. Bloggers, memorabilia sellers, actresses. That kind of thing. They’ve been invited to Balthazar Kane’s house, asked to try to survive the night in his scary domicile. Kane is a reclusive ringleader who hasn’t been seen for years, ever since a fire destroyed his circus and killed one of his performers. Kane sends each participant a “golden ticket” via text message, instantly conjuring an association with Willy Wonka and the Chocolate Factory, a movie that served as an introduction to the world of the creepy and macabre for many a child. Good setup, but will the payoff live up to it?

Actually, until the last act, pretty much, yeah. There’s callbacks to the aesthetics and story points of a bunch of recent horror flicks, like Saw II and the earliest Rob Zombie movies, but Circus Kane pretty much stands on its own because the influences aren’t overpowering or too derivative. The fact that the participants have to make their way through a house with all sorts of death traps is perhaps a little too reminiscent of Saw II, but the comparisons aren’t too grating. It doesn’t help that Kane shows up on TV screens every now and again, reminding us, once again, of Jigsaw.

There’s plenty of gore if you’re into that kind of thing, but it’s all very cartoonish, which certainly fits the film’s tone. There’s nothing much that will turn the squeamish off from this one. Some barbed-wire piercing the skin, some flesh wounds. Basic stuff. Also, always remember that if you’re a character in a horror movie and someone asks you how you’re doing, never answer, “I’m fine.” You will not be fine for long.

There’s a few stiff performances, but if you didn’t expect that, why are you watching low-budget horror in the first place? Well, yeah. So there you go. Special mention has to go to Tim Abell, who played Kane (but isn’t listed on the movie’s IMDB page at all, for some reason). He actually puts a lot of effort into a rather subdued performance, and his voice has a quiet singsong quality about it. I wonder if he’s narrated audiobooks.

Yikes, that ending, though. Circus Kane goes completely off the rails as it attempts to pull off a twist ending. This does not work. Kane does a bunch of preachifying, too, and none of it makes any sense, but did it need to anyway? Nah. Well, too bad the thing kind of collapses at the end, but it’s a fun ride getting there. If you’re into low-budget horror, you’ll probably dig this, unless you’re afraid of clowns. There’s a boatload of scary clowns in this one.

Circus Kane will arrive in theaters and on-demand on September 8th.