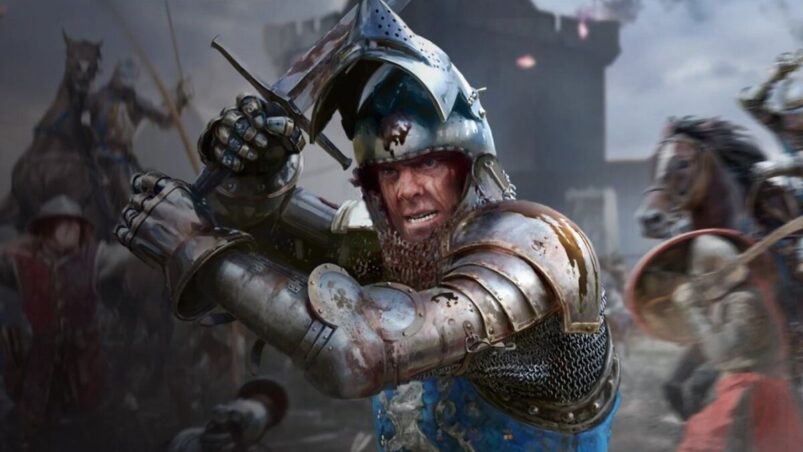 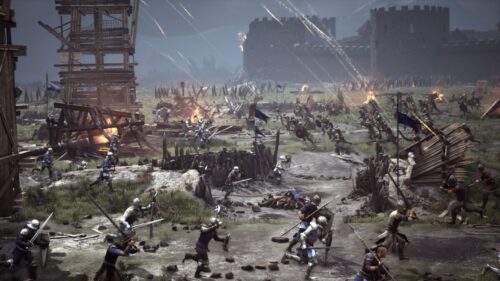 For as popular as online multiplayer shooters have become over the past two decades, you’d think that online melee combat focused games would have become just as popular, but that’s not the case. Aside from Mordhau, there’s very little on offer, and considering that Mordhau is PC only, console players are left out in the cold. Thankfully, Chivalry 2 is here to offer superb melee combat, with only some minor issues along the way.

The gameplay in Chivalry 2 is top-notch, essentially boiling down to armour plated anarchy. Players are given access to a number of attacks, like slashes, stabs and overheads, along with a special attack that varies per weapon. On top of that, there are pommel bashes and kicks which can be used to interrupt an opponent or break an opponent’s guard, along with counters and ripostes for players who can time their guards and attacks effectively, giving you plenty of offensive and defensive options to handle yourself in a fight. I mean, it won’t help if you get assaulted by six players at once, which can happen pretty often, but the options are there.

You can also pick from one of four classes, each with three individual subclasses that you unlock by earning EXP in that class. Earning EXP for classes also unlocks new weapons that you can swap between, all of which offer different stats and abilities. Between matches, you can also customise your knights with a range of armours and gear, using level-ups and gold to unlock items, or the premium currency of crowns to earn cosmetics early.

Right now, Chivalry 2 has three main modes, two of which (Team Deathmatch and Free-For-All) use the same map pool. Team Objective game types are the most interesting part of the gameplay though, with a series of maps focused around more than just murdering everyone with a big sword. The objectives change on a map-by-map basis, meaning one map could be all about storming a castle wall, taking the gatehouse and ransacking the inside, while others can see you pushing battering rams and convoys through enemy encampments.

The true value in Chivalry 2 is the experiences you create along the way, as it’s the perfect game to play with friends. Each map offers new opportunities for you to discover items that you can interact with, or the chance to experience random gameplay moments that lead to pure comedy. I’ve played a lot of multiplayer games that are fun, but Chivalry 2 is the first I’ve played in a long time that’s thoroughly entertaining. I haven’t laughed so much playing a game in a good while, especially when playing with three other players.

Chivalry 2 is what you make of it, really. The options and tools are there to create a serious simulation of medieval combat, complete with a competitively sound combat system that rewards skill and patience over swinging blindly and hoping for the best, but if you’d rather find a flute on a market stall and re-enact the Pied Piper, you can. If you want to lob barrels, wagon wheels and chickens at people, or load your mates onto a catapult and expressly deliver them to the frontlines, you can do those things too.

Microtransactions in Chivalry 2 take the form of Crowns, which can be used to purchase in-game cosmetic items. Players can unlock cosmetic items through in-game play by levelling up the four classes, but crowns allow you to purchase the items early instead of waiting to unlock them.

Crowns range from 500 Crowns for £4.99, to 4000 Crowns for £33.49, with the more expensive items in the armoury costing around 400-450 Crowns, so purchasing even the cheapest Crown pack ensures you can buy at least one Epic rarity item. In what’s at least a nice touch, before purchasing any Crowns, a disclaimer will pop up on screen from Torn Banner to explain what the money from microtransactions will be used on, and to urge players in poor financial situations to not spend any additional money.

Admittedly, this is less of an issue with the game and more with the people who play Chivalry 2, but it feels like no one actually gives a crap about roleplaying. During the game’s tutorial, the game makes a big deal of saying that roleplaying is a big aspect of the game, and to an extent that’s true. There’s an emote wheel that lets you show personality on the battlefield, along with the aforementioned interactions.

A lot of the silly things you can do in the game fit into the realm of roleplaying, like sitting on the sidelines, grabbing a tankard to get drunk or just dancing in the middle of the battlefield. For a lot of players, that doesn’t seem to matter. You could put yourself in stocks just to have a bit of fun, and people will just murder you anyway. They’re free to do that of course, but it just feels like one of the key aspects of the game will be forgotten about because the playerbase is a bit too kill hungry. Perhaps that isn’t the developer’s fault, but it’s something that can tarnish my fun regardless.

While the gameplay is top notch and the progression systems reward consistent play, there’s some issues with the surrounding framework that could do with changes. One specific issue I ran into on The Siege of Rudhelm map was a group of players standing on a bridge kicking their own team members off a bridge, with seemingly no repercussions whatsoever. With no report function, people like that are free to run amok.

Another issue comes with the game’s party system, which seemingly has issues when joining lobbies. There have been multiple times when joining a game where the players in my party would be scattered across both teams, which isn’t great when you’re trying to play together. Also, the matchmaking playlists could do with filters. As a group, we’re not keen on the TDM modes in comparison to Team Objective, so being able to filter out those maps would be great.

Chivalry 2 does need some updates in the future though. Cross-play parties would make for a good start, considering the game supports cross-play lobbies, along with those aforementioned matchmaking filters. More maps, modes and perhaps some extra classes would ensure Chivalry 2’s longevity going into the future, and in fairness to Torn Banner, they have confirmed plenty of post-launch content is in the works.

While there’s some small flaws in the overall Chivalry 2 package, it’s nothing that can’t be addressed in future updates. If you’re looking for a fun, often silly, yet still deep and engaging medieval combat game, look no further.

A code for Chivalry 2 was provided by PR for the purposes of this review. 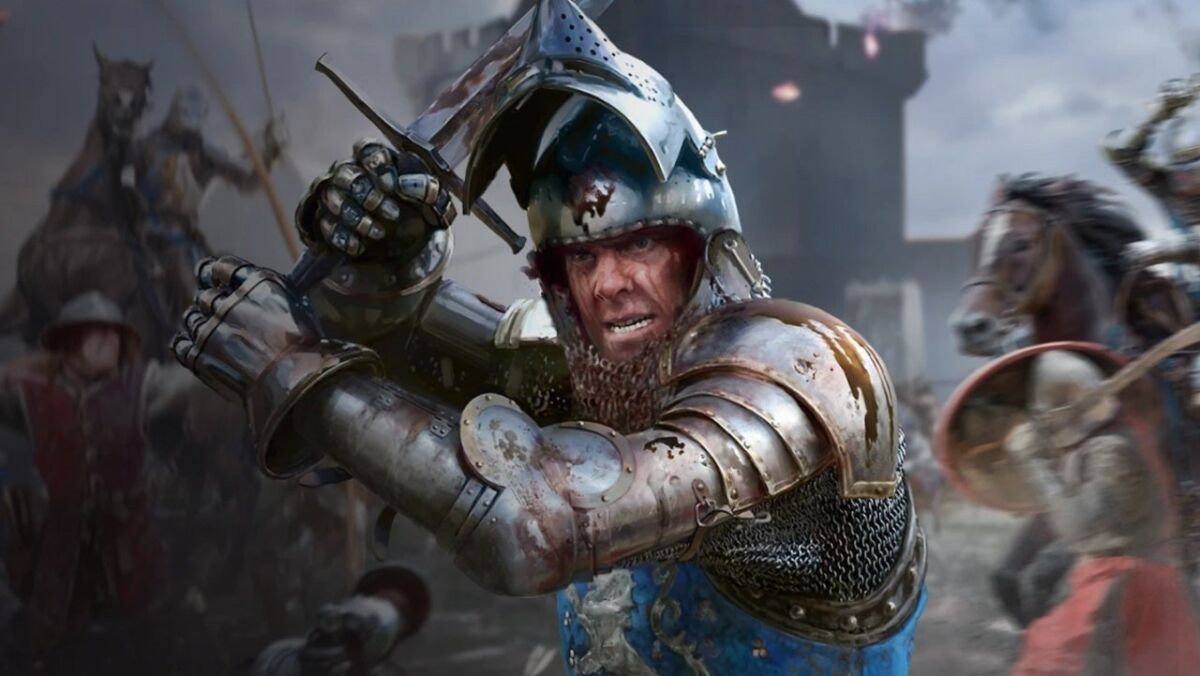 Verdict
Chivalry 2’s approach to medieval combat is equal parts satisfying and silly, creating a raucous multiplayer experience that begs to be played with friends.
8
Cultured Vultures is a pop culture website established in 2013 covering all things gaming, movies, and more. We eat your words.
All The News On The Biggest Games