Why Celeste and Jesse Forever Is An Underrated Classic

Celeste and Jesse Forever is a refreshingly honest, authentic and unforgiving take on life and love. 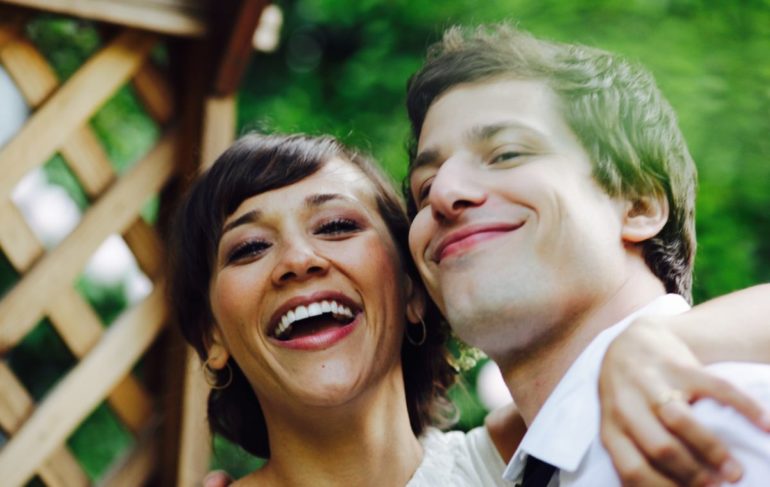 With a relatively poor audience score of 62% on Rotten Tomatoes, and a total worldwide gross of just US$3,094,813, I would argue that Celeste and Jesse Forever is one of the most overlooked romantic movies of the 2010s. So overlooked was this film, in fact, that I was actually unable to find it on DVD in the UK – ultimately having to scour the internet to find an imported copy from Norway. Such a lack of interest in this movie is a real shame, with its beautiful blend of emotional storytelling, impactful performances and witty comedy making it one of my favourite romantic flicks of all time.

Granted, this isn’t your classic idea of a romantic comedy, which may have discouraged traditional audiences of the genre. If you’re looking for a heartwarming, snuffy romantic movie – where the protagonist runs halfway across New York to interrupt their ex’s wedding just prior to “I do”, before having a long and passionate kiss and sailing off happily into the sunset – this definitely isn’t for you. Rather, this film presents a refreshingly honest, authentic and unforgiving take on life and love, using grounded and identifiable narrative points to develop a deeply relatable, emotional story.

This film follows a newly-separated couple as they navigate their divorce while trying to maintain their lifelong friendship, and it is the complicated, believable relationship between Celeste (Rashida Jones) and Jesse (Andy Samberg) that makes this story so compelling. The chemistry between the two is palpable from the very start, with Jones and Samberg instantly creating a captivating dynamic that feels genuine and natural. The effortless delivery of their weird inside jokes, the subtle facial expressions they use to communicate with one another and their adorable ‘CJ’ hand sign help to make this one of the most intoxicating relationships on the big screen, engrossing the audience in their emotional journey.

Yet while it would have been easy to develop a cute and uplifting story centred around the potential pleasantness of this relationship, writers Rashida Jones and Will McCormack show an impressive ability to create more truthful stories for these characters, doing an excellent job of investigating the difficulties of maintaining a modern relationship while dealing with the struggles of everyday life. The challenges faced by both Celeste and Jesse are undoubtedly felt by everyone in the audience on some level. Be it the stress of pursuing a career, the difficulty of figuring out what you truly want in life or simply the struggle of putting together ridiculously-confusing IKEA furniture, these are stakes that feel real and relatable.

How each character deals with their issues, and the way that it affects their relationship, is incredibly interesting – providing a far more believable approach to romance than the majority of rom-coms you currently find on Netflix. Love is complicated and difficult, and requires both parties to work hard to prevent the difficulties of their own lives from affecting how they interact with one another – and this film does an impressive job of investigating what happens if this hard work is absent in a relationship.

This is best-summarised in an excellently-delivered monologue by Jones, during the wedding of Beth (Ari Graynor) and Tucker (Eric Christian Olsen), best friends of the titular duo. What starts off as an amusingly awkward and cringeworthy moment, with Celeste making a poorly-received (but brilliantly executed) joke about a nun, turns into a truly emotional and thought-provoking monologue about her relationship with Jesse. This provides the first instance where Celeste acknowledges her own flaws, and how she has has allowed these to influence her relationships, delving into what it takes to make love and marriage work. It is a deeply honest, thoughtful speech that poses insightful questions about the need for sacrifice and compromise in relationships.

The bravery of Jones and McCormack to follow through on their honest, unforgiving approach right through to the end is also admirable; the ending of this film is almost certainly not what you’d hope for, but it is all the better for it. Much like with Lost in Translation (and ‘that’ whisper), this movie’s final scene is touching and impactful, with Jones and Samberg saying so much while saying very little.

I always admire a film that is brave enough to develop an ending that leaves an impression on the audience – the kind of ending that has you sitting in silence, motionless, staring blankly at the screen until the end credits finish rolling – and this is certainly one of those. It is in the final act that you most appreciate the vivid connection between these characters, rooting for their success even as you feel your hope deteriorating with every passing second. I won’t say any more about the ending, but I will make one suggestion – make sure you have your tissues at the ready.

Yet, despite what seems like a relatively serious take on romance, this film does still have plenty of enjoyable and entertaining elements. While it is the more serious moments from the titular duo that are most impressive, Jones and Samberg are still two of the most prolific comedic actors around today – and they use their comedic talents to full effect. One particular running gag, which involves both pretending to perform unspeakable acts to a bottle of lip balm, is genuinely hilarious, with their seemingly ad-libbed interactions during these scenes vividly demonstrating their natural comic ability.

The soundtrack is also delightful. From the opening credits, as Lily Allen’s ‘Littlest Things’ plays over an adorable montage of pictures featuring Celeste and Jesse, you are taken on a musical journey that wholly complements the tone of the movie. Not only are the songs captivating in their own right, but they are used in perfect tandem with what’s on screen – with one scene, in which Bobby Caldwell’s ‘Open Your Eyes’ plays as Celeste floats across a swimming pool, passed out on an inflatable lido as her friends party around her, having a satisfying sense of comedic irony.

With its refreshing level of honesty, ability to construct relatable and believable narrative points and development of one of the most intoxicating relationships on the big screen, this is a film that deserves much greater praise than it has received. While this may not be the feel-good, uplifting rom-com many fans of the genre might desire, this is an impactful, emotional and heartfelt look at the struggles of maintaining modern relationships – yet still manages to deliver enjoyable and entertaining moments throughout. Hopefully this article will inspire more people to check out this incredible movie – and, who knows, maybe pique enough interest for the DVD to be introduced to UK stores. I can dream, right?