Step Aside McConaughey, The Brenaissance is Here

After a hiatus from our screens due to a crime he didn't commit, Brendan Fraser is back and better than ever. 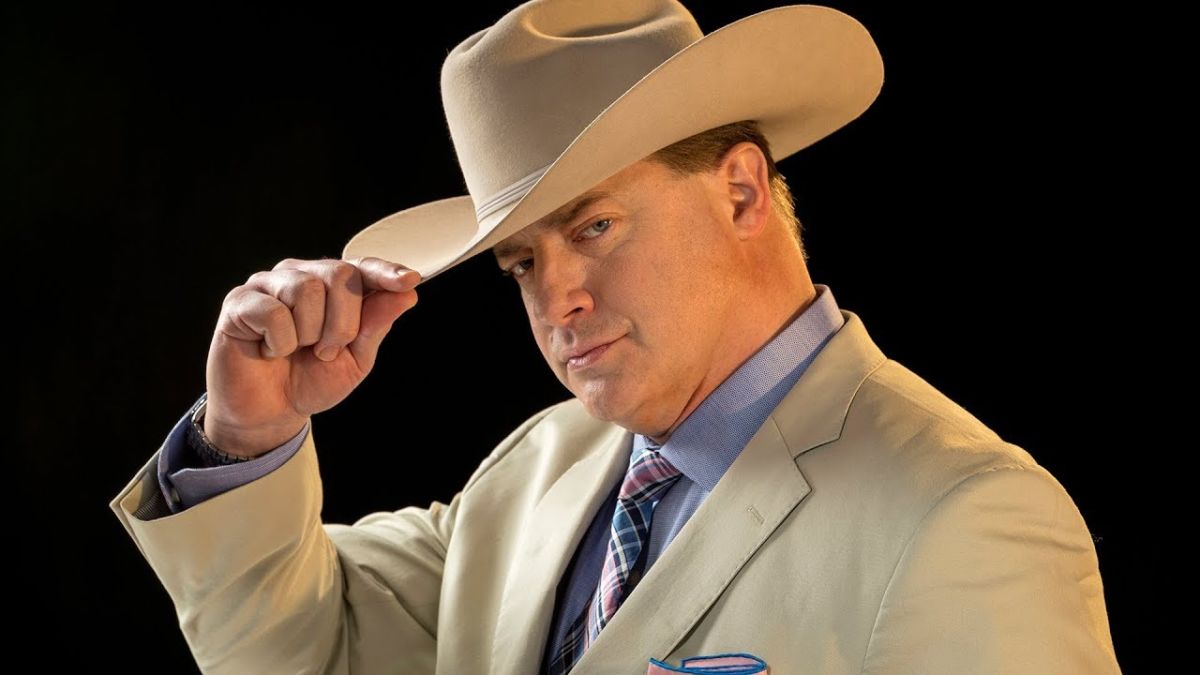 Holy comeback, Batman: Brendan Fraser is back, and I mean really back. Once a major movie star in the ‘90s, Fraser’s career took a drastic nosedive after his third outing as Rick O’Connell in The Mummy: Tomb of the Dragon Emperor (2008). Handsome, funny, incredibly charming and likeable, Fraser looked a shadow of his former self in recent years as he struggled to resurrect his once bright career. This, however, has all changed thanks to the miniseries Trust (2018).

A guest appearance on The Affair (6 episodes: 2016–17) and a recurring role on the recent show Condor (2018 –) led to his casting on Trust, now considered his major comeback role. He has received universally glowing reviews — and rightly so — Trust may explore an infamous kidnapping, but all eyes are on Fraser.

Despite his best efforts, Fraser hasn’t been on our screens consistently for the past five years or so. A crippling divorce, physical decline and a recent #MeToo story have all contributed to Fraser’s shunning from the limelight and a significant career downturn. In February 2018, Fraser revealed in GQ that he had been groped by former Hollywood Foreign Press Association (HFPA) president, Philip Berk, at a luncheon in Beverly Hills in 2003. Fraser reported this at the time but the response to the incident was deemed that Mr. Berk’s actions were that of a “joke.” After the publication of the GQ article, Berk denied any wrongdoing, although the HFPA suggested to Fraser they release a statement saying that they did conclude the incident had taken place but it was intended as a joke and not in any way as a sexual advance. Fraser simply responded, “I don’t get the joke.”

After this incident, which sent Fraser into depression, he stated that he simply didn’t have “the courage to speak up for risk of humiliation, or damage to my career,” and that the experience “made me feel reclusive,” leading to a break from acting. After the #MeToo movement began, Fraser (one of the few men to come forward) was inspired to speak out for the first time earlier this year. Berk, however, is still a member of the Hollywood Foreign Press Association.

In his first starring role in years, Fraser stars alongside Donald Sutherland and Hilary Swank in Trust the Danny Boyle-directed show about the 1978 kidnapping of John Paul Getty III. Fraser plays fixer James Fletcher Chase — the same character Mark Wahlberg plays in All the Money in the World (2017) — who is sent to Rome by oil tycoon Getty (Sutherland) to bring his kidnapped grandson home.

The Gettys, once the wealthiest family in America, were a bunch of socialites spearheaded by its patriarch and founder of Getty Oil, J. Paul Getty — played with an icy command by Sutherland in the series. Our first introduction to Getty’s world comes by way of a pool party at their lavish mansion where Pink Floyd’s ‘Money’ (what else?) is playing over the sound system: beauty on the outside, ugliness within. But, in an impressive tracking shot, we abandon the bikini-clad ladies and gents and head to the garage. George, Getty’s eldest son, has locked himself in and proceeds to stab himself with a barbecue fork as his loved ones watch, helpless. It’s a brutal introduction to the family but it also tells you everything you need to know. The next day, life goes on as normal with Getty refusing suicide as the answer and it being uttered in the same sentence as the family name.

Poor Getty. George was his would-be successor and heir and his remaining children either lack initiative or are addicts of some sort. Enter JPG III. Arriving mid-wake under a cloud of ‘Gimme Shelter’, JPG III is the mysterious hippy of the Getty clan. Head to toe in denim and dirty converse, he is the polar opposite of the world from which he originally came. Getty sees a spark in his grandson and begins grooming him to become heir to the throne. The kidnapping takes place at the end of episode one. You know what happens next and the only man for the job is Chase.

No stranger to dramatic roles — Crash, The Quiet American, The Air I Breathe and Extraordinary Measures, to name a few — Fraser is, perhaps, most associated with his comedic performances and his role as Rick O’Connell in The Mummy series. James Fletcher Chase is an intriguing combination of both. Dressed in a light grey suit, bolo tie and white cowboy hat, Fraser commands his scenes with vigour and comedic undertone. He is simply brilliant.

After only a brief appearance in episode one, episode two, titled ‘Lone Star’, is told from Chase’s perspective. ‘Lone Star’ is his real showcase here as it follows Fraser to Rome to retrieve Paul, delving deep into his life to find answers. From the opening scene, Fraser rules the show and his direct-to-camera monologues that bookend the episode are captivating; “turns out a rich life is just as messed up as a poor life. Just a different kind of messed up,” as he drinks from a bottle of milk, leaving a moustache. He wears Texas with pride, draping an American flag over his shoulders and, later, hanging it out the window of his hotel for all to see. He swaggers, he’s rude and coarse but there’s an undeniable I-am-not-as-I-seem about him. Chase is certainly adept at his job; however, in Rome, he sticks out like a sore thumb and has no qualms about ending up on people’s bad side; a character that would never fit into Getty’s world either.

Fraser has a hell of a time. He is given meat and he chews it up. Combining the comedy he does so well with the dramatic weight of his personal life, Fraser creates an unforgettable character, as well as reviving his career. A remarkable feat in itself.

Sutherland is brilliant, as is Swank, but Trust is Fraser’s show throughout. He doesn’t just open the door and come strolling in, expecting us to remember him as he once was. He busts down the door, wearing age handsomely, reminding us how good he can be and how much we’ve missed him. Trust is worth your time for Fraser alone. It’s good to have him back.