Home
Books
BOOK REVIEW: ‘You Are Having A Good Time’ by Amie Barrodale
Books
·2 min read

BOOK REVIEW: ‘You Are Having A Good Time’ by Amie Barrodale 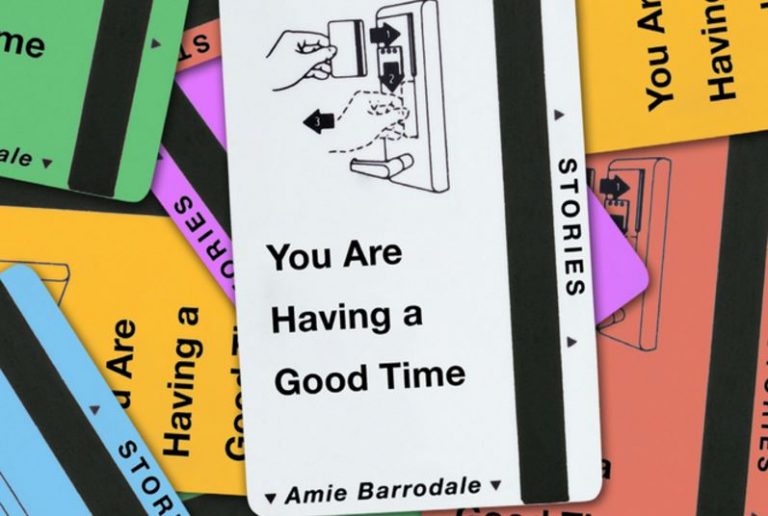 You Are Having A Good Time is the debut collection of fiction by Amie Barrodale. Some may know her for her writing and behind the scenes for The Onion and Vice, but with this work, Barrodale shows that her own writing is fierce, intimidating, and well worth our attention.

The collection opens with The Paris Review Prize winning story ‘William Lei’, in which a man, bordering on sociopathic details his relationship with a woman. Like many of the stories in this collection, Barrodale exposes some of the truths that people do not acknowledge in the 21st century, and her characters are often so apathetic (or too engaged) that they tackle emotions that we have hidden in ourselves.

Another strength of Barrodale’s is her incorporation of 21st century mediums in her stories, and not shying away from the fact that we live in a world of email and texting. This is used well and beyond a gimic, and there are plenty of moments of humour such as when one of the characters in a different story sends a long text to an older man, but the context becomes twisted because he has an older phone that only allows a certain character limit, and they roll in one by one across the night.

Barrodale’s writing is crisp and sharp. As the stories progress there seems to be a more true-to-life element that gets introduced. Later in the collection, these stories gravitate towards writing workshops, and in the end the authors first name is even given to one of the characters. Perhaps the author was showing us that these emotions and feelings of excess and exemption from society can live in any of us. There is no doubt that there is a high level of intelligence to these stories, but that never makes them exclusive, only more enjoyable to read.

By the end of the collection You Are Having A Good Time works as a title because it is true, any fan of literature will love blowing through these stories. It works above that, though, because Barrodale creates characters that are perpetually told they should be enjoying these moments in life, but are underwhelmed by the experiences they’ve received.

You Are Having A Good Time is extremely varied, too. All the stories are different enough so that it never feels like repetition, and the premise of the story, no matter the theme that it is exploring, is always captivating, believable, and utterly charming. Barrodale’s collection exudes brilliance, and finds a fine balance between the dissonance of day-to-day life that indie writers do, but bring it on a harder level to the general audience. The only shame is that we have to wait for her next literature outfit, but until then, we’re all happy with this. Nobody will even have to remind themselves of the title, either, because it’ll occur as a natural thought every time they open the book and look at the carefully structured sentences that Barrodale has given us.