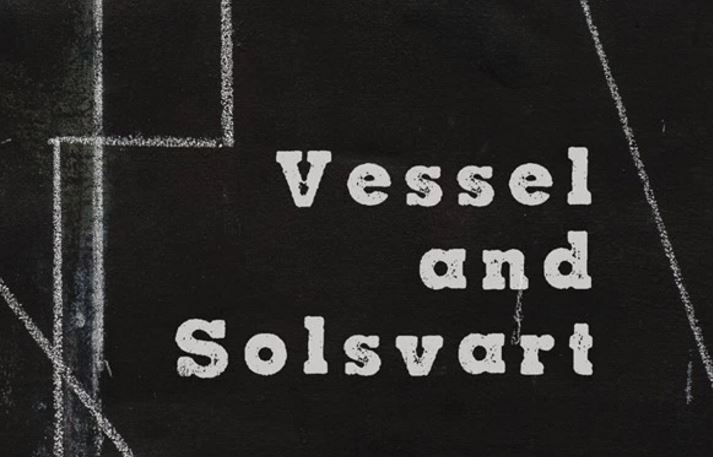 Snuggly in name and nature – the book is a quaint 104 pages of narrative poetry no bigger than a pocket notebook. But beware, the content is anything but snuggly. Featuring five short stories that explore the darker side of nature, through sometimes visceral language, and often reading more like a prose poem (assisted by the narrow format of the book’s columns), we are treated to beautifully told tales that dip into sci-fi, horror, mystery and magic.

Each story reads like a new spin on a mythological tale – some research here doesn’t reveal any sources – so they can be looked at as mythological fiction. I hadn’t read anything by Berit Ellingsen before, and the book itself is devoid of a blurb, so I was able to dive in blind, hoping for a proffered hand, or a light

The light is the elegance of the text. Without context, I was led gently into the first of the five stories, the titular Vessel and Solsvart. I was introduced to two characters, but it’s only as the story unfolds that you learn about their relation to each other, and to the world. Vessel is described as having no lips, exposed teeth, and half a nose. He has a worm-eaten hand.

He also has a friend, Solsvart, who I won’t reveal for spoiler reasons; and together they have a mission, outlined on the first page: “The sun is coming back… We must prevent it.” They leave their crocodile-nest swamp, where it seems they have been slumbering for a while, and head off. A road trip, then.

I was enjoying the story and being shown rather than told, being asked to work things out for myself. On page 21, however, was a small passage of text which I will repeat below, which, as a writer, I really enjoyed. Some books you can enjoy for the story. Sometimes you’re enjoying something and you come to realise that you’re also enjoying the way the words are put together. I had this with Jeffrey Eugenides’ and Anthony Burgess’s work, and also Annie Proulx’s The Shipping News.

“We began to walk, not as close to the sea as to be slowed down by the fine, gray sand deposited there, or as far up on land as to be hindered by the tall, sharp grass growing there. Instead, we walk along the part of the shore that has been packed dense and hard by the ocean’s constant heartbeat. A slow surf hisses along the beach, depositing reams of piss-yellow foam that rolls and flutters like flags in the breeze. Here and there we pass the remains of tree trunks, branches and seaweed that have been washed ashore. They are dry and smooth and have been turned to stone by time and the unending wind. We more feel than see the ocean, pushing against us in wave after wave, slowly swallowing the land.”

All they are doing is walking along the shore, but the cadence of the sentences and the language imbue a real sense of breathing, of the heartbeat of the sea. There’s also a great sense of isolation, which is prevalent throughout the story. Every now and then Vessel and Solsvart provides you with the odd gem of language.

Among the other stories is an Edgar Allen Poe-esque story called Among the Living and the Dead, set in an age of lords and manors with some unsuspecting victims. Blue Star, Singular Fire needs a couple of reads. Read with more context the second time round, things begin to come together, with Ellingsen laying down clues about the story from the very beginning which are hard to understand. On a second read I realised it wasn’t actually that hard to decipher, but it’s one you definitely need to concentrate on, as it deals with matters of the cosmos.

Apotheosis is almost short enough to count as flash fiction, packing a horrific punch as the search for immortality is shown to perhaps not mean what we think it should mean. And the book ends with Summer Dusk, Winter Moon, another folktale-style story where a god-like being is made man to fight off a sinister threat that could destroy more than just the harvest, but humankind itself.

Vessel and Solsvart is an accomplished collection sure to engage you as a reader. Its diminutive size positively encourages you to curl up around it and get lost in the fantasy of it all. If you want something a little different, I highly recommend it. It could also be a gateway book into Ellingsen’s longer works, as you may be encouraged, like I, to check out her novels.