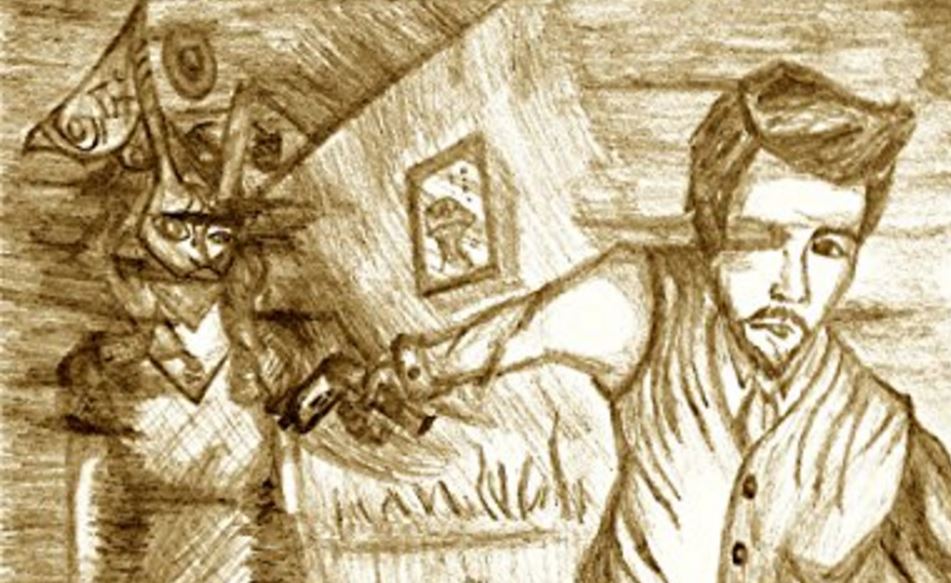 A Good Ending, the debut novel by author Travis Kuhlman, aka EmpyrealInvective, is a bleak and brutal journey through a post-apocalyptic wasteland that is as elegantly written as it is philosophically stimulating.

A Good Ending is the story of a lone writer, navigating a savage and desolate post-war world. He often falls into revelry over his lost love, a boy he grew up with in an orphanage. He scribbles in his notebook, outlining a Lovecraftian horror novel and seeking an ending of significance to his tale, while battling all manners of villains and monsters.

“We have to live with all we’ve done. There is no escape, there is no Balm of Gilead that will heal your wounds. You won’t find salvation here.”

The violence is graphic and nonstop as he travels westward towards the coast, his ultimate destination. Along the way, as he searches for sustenance, he must fight Junkers: a gang of cannibalistic drug fiends, strange, many-eyed troglodyte creatures, a homicidal temptress who uses sex as a lure to ensnare victims, and a religious cult that worshipers a martyr of the narrator’s own creation, among other unsavory antagonists.

It is a world where over and over the only kindness a good man can bestow to the desperate and downtrodden inhabitants is death. He struggles internally with this dilemma, haunted by the imagined ghosts of victims he either had to execute to end their own terrible suffering or kill to ensure his own survival. He begins to collect them in his subconscious and they follow him, ghost-like, on his journey, sometimes taunting and mocking, at other times offering assistance and hope. Though hope is a very rare thing in this story.

The novel is very reminiscent of Cormac McCarthy’s The Road. Although, while in McCarthy’s tale, the protagonist is accompanied by his son, whom he struggles to protect, Kuhlman’s narrator is utterly alone. At times, I found myself wondering, if he had found a friend or partner to join him could the dramatic tension have been ratcheted up a notch? But in the end I felt the existential angst created by his solitary and forlorn struggle reinforced the sense of despair and hopelessness that are the main themes of the novel.

“God was a cruel entity that lived vicariously through our suffering.”

Kuhlman states the sexual preference of his protagonist as a mere fact, choosing not to examine it closely or dwell on it, and I couldn’t help but question whether LGBT themes could have been more explored. Besides the narrator’s homosexuality saving him from the siren song of a murdering female nympho, his sexuality is rarely mentioned. It is never stated how he feels about his queerness or how it defines him. Though I can see how doing so might hinder the brisk pace of the novel. It is, after all, a story of survival in an inhumane landscape of cruelty and despair, not a study of amorous impulses, carnal cravings or love.

Writing under the pseudonym EmpyrealInvective, Kuhlman is a legend in the strange, underground internet-horror world of creepypasta. His stories have been narrated on dozens of different YouTube channels and been listened to by hundreds of thousands of people around the world. Fans of his work will find many amusing references to his other stories embedded in the narrative. Those new to his work will find a fast-paced and entertaining horror story that also makes one think.