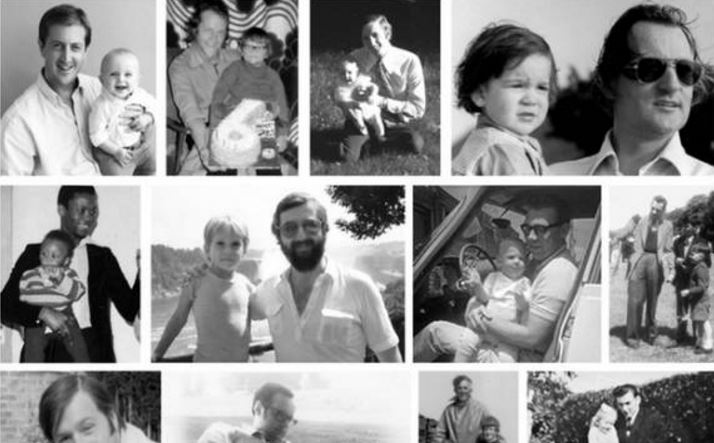 Being Dad: Short Stories About Fatherhood is a compilation of stories written by fathers, about being fathers. Rather than this being one of those tie-in CDs that you see in supermarkets around Father’s Day, this is writing that will blow you away.

These are stories that go beyond what you’d expect. It talks about fatherhood, and the extreme spectrum of emotions that this can mean. I’m not going to talk about each individual story, nor am I going to highlight ones that I thought were exceptional, but know all these stories are exceptional, so thank you to: Toby Litt, Nikesh Shukla, Dan Rhodes, Courttia Newland, Nicholas Royle, Dan Powell, Rodge Glass, R.J. Price, Tim Sykes, Lander Hawes, Andrew McDonnell, Iain Robinson, Richard W. Strachan, Richard V. Hirst and Samuel Wright.

Know that these stories feature the haunting loneliness of missing your father while having your own child, not knowing who your father is while trying to be a role model yourself, how marriages can fall apart and the lengths people will do to try and keep them together, the role of a father’s passion in a child’s development, how a boy loves a girl, how a boy loves a girl and sometimes that isn’t enough.

Being Dad was crowdfunded, and to some the high quality of content may be a surprise due to the number of projects that source funding but ultimately don’t deliver. This itself is testament to the skills of editor Dan Coxon, who sourced some of the best writers around that people may not have discovered. Some of these names may seem familiar for the reader, but the ones that haven’t will excite the to-be-read pile of any book lover.

The best thing about Being Dad is how it always subverrs being predictable. It’s not just a love letter to being a father, but deals with the complications that come with it. The writing is so strong and emotional that it subverts its titular theme, and is accessible to anyone who appreciates great writing. It’s an anthology that will stay in the hearts and minds of readers well beyond when you finish its final page.

“…this is writing from the frontline.”

And he’s absolutely right. I’d feel sorry for any writers that are on the second or third line, too, as it means that they’re going to be waiting for a while before anyone wants to move past the quality of writing found in Being Dad.

Being Dad: Short Stories About Fatherhood is available now. Also, it has been nominated for a Saboteur award, if you’re reading this in time, pick it up and vote for it. It’s a much cheaper and less risky investment than having a child.