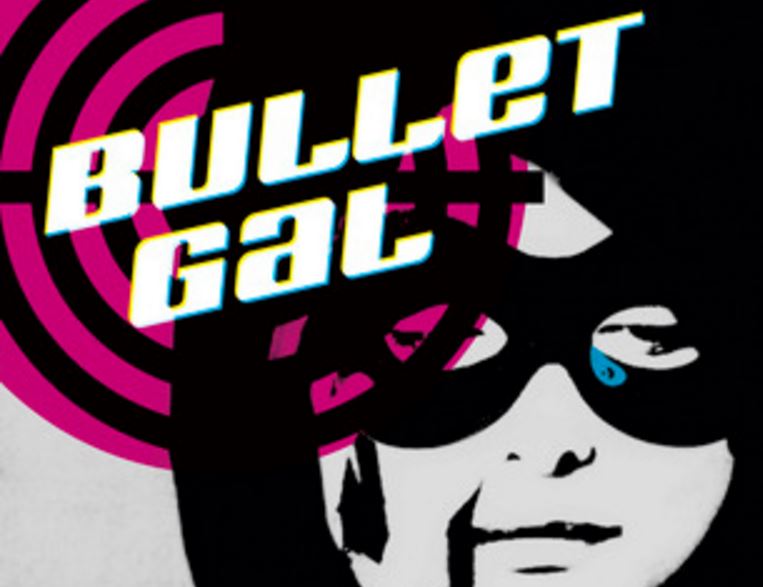 In Bullet Gal: The Novel Andrez Bergen expands on the universe created in the original comic. This is an adaption that not only extends on the characters’ depth but also gives the readers a more humane look into Heropa itself, and the “phonies” living in it.

The Bullet Gal in question is the guns blazing anti-heroine Mitzi, who has just arrived in Heropa to serve her own brand of justice. After putting a few holes in some unsuspecting gangsters, thus saving a little girl from child trafficking, Mitzi is surprised by a “bop” (or “cape”, as these super powered heroes like to be called) called Lee.

He’s been keeping his eyes on Mitzi as she has blasted her way through Heropa’s criminals. Lee explains he’s there to offer her a chance to join Crime Crusaders Crew; the knock off of Avengers in this universe. An offer Mitzi initially refuses, but as she starts seeing the advantages there are in joining such organisation, she eventually, though somewhat reluctantly, accepts it.

This is how Bullet Gal’s path to becoming a true cape begins. Nevertheless, nothing is ever as it seems in Heropa.

Bullet Gal will have to deal with a lot more than the criminal couple – French femme fatale Brigit and gangster boyfriend Sol – coming for her because of her misdemeanours. Something just isn’t right in this great city of superheroes. And her mentor Lee is keeping a few too many secrets.

Just what exactly is going on beyond the closed doors of the Crime Crusaders Crew? What is Heropa hiding from its citizens? And how does Mitzi fit in all of this? Good questions, and the novel answers all, although in different ways than you might expect.

We are given diverse perspectives throughout the novel. However, we start out with Mitzi, and her first person narration remains throughout the book. Even if the perspectives change to friends, allies, and even enemies, all others narrate in third person. Further proof to Mitzi’s involvement in the chaos that always reside in Heropa. Something that she doesn’t realise till the very end.

The author has created something which dives into full on meta territory with the noir genre and the golden age of superhero comic books. This novel adaption may not have the unusual but captivating photo manipulations the comic had – which plays an important role in the storyline’s twists and turns – but this actually works in its favour, by extending the dialogue and characters interactions we have a much bigger understanding on Bullet Gal‘s universe.

If you’re a fan of the genre noir, superheroes and self-aware meta, then Bullet Gal must be on your next purchase list. Though I still recommend picking up the comic. In fact, to read the novel alongside it. This, I believe, will make Bullet Gal‘s story more impacting and clear up a few things you may have found confusing in your first read.