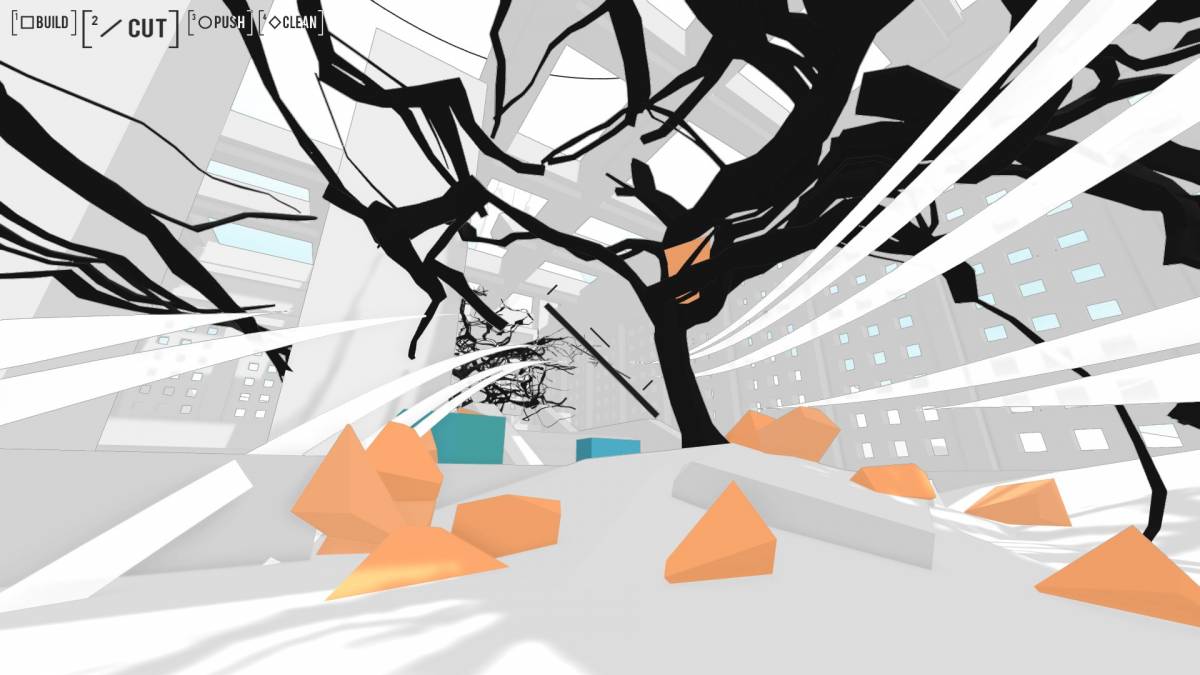 There’s an air about Bokida. An air you can’t quite place at first. You sense hints of Portal, Antichamber; the visuals take you back to Proteus. But the first release from French developer Rice Cooker Republic isn’t really like anything else and isn’t quite its own thing, either. It’s some interesting ideas wrapped around a solid gameplay base but falls short of establishing just what makes it special.

The story on offer here won’t blow you away, but it isn’t supposed to. Revolving around two lovers/planets (just go with it), you play a nameless messenger, tasked with reuniting them. The vague narration is here to give you whatever information/narrative is needed, but this ultimately feels like a very barebones tale. Perhaps not as open to interpretation as, say, Journey, but certainly ambiguous enough to leave open for different takes. Look at this story as a background to the gameplay, and you’ll get the most from it. 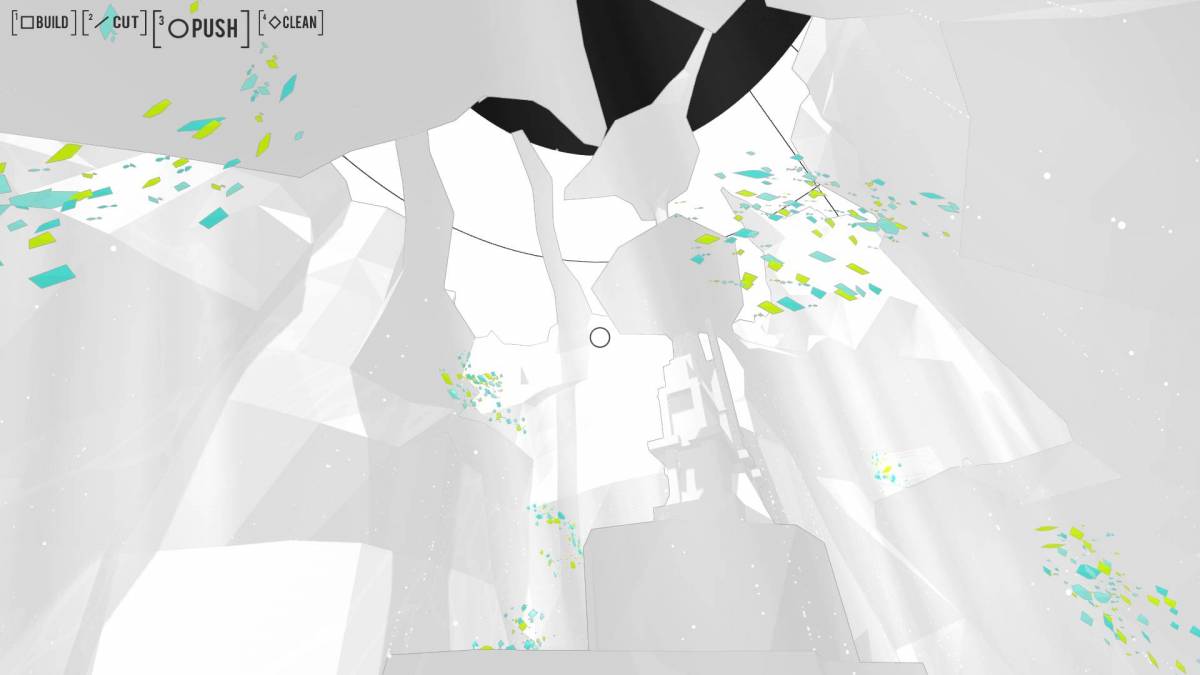 An intrinsic part of the experience here are the visuals. Bokida originally started as a graduation project for the team that became Rice Cooker, and that shows in the final project. There are no overly busy art assets, no complex backgrounds, but simple shapes and colours. This keeps the visuals focused and sharp, even on lower end hardware. So much is conveyed by very little here, and I really must applaud the visual designers. As an open world puzzle game, Bokida could have made a puzzle of its own geography accidentally, which is thankfully avoided here.

It is isolating, at times. That open world feels distinctly different from the off. Not like the tight corridors of many first person puzzle games, instead offering the grandiosity of the player, alone on a planet. And those stark visuals, coupled with a dynamic and atmospheric soundtrack, lend Bokida a sense of place, a sense of grounding, where I didn’t expect it. This world, as alien as it is, feels real, present. You feel yourself learning where you are visually, knowing a landmark from memory. Bokida lets the player soak in its world, think about the story, be engrossed and present. Soak it in.

The real meat of the experience, the gameplay, is the part I struggled the most with. You have some simple mechanics – place blocks, slice blocks, and push them away with force, which slowly evolves and grows in complexity. I will confess that I’m not the biggest puzzle fan, but I found this part of the game the least interesting and indeed the least inventive. There is an impressive physics engine on display here – but how much fun is a physics engine, in the end? Tech demos of Rockstar’s physics are always interesting, but the meat of the experience is what lays on top of it all. This is the part wherein Bokida’s roots are most clearly displayed. It feels and looks like a proof of concept, a way for some talented students to show their skills at coding, but it all feels a little half-baked, present just to be there. As if the game needed a game built in. Bokida has the makings of an immersive and unique world and narrative structure, but it’s hidden beneath repetitive and sometimes frustrating gameplay. 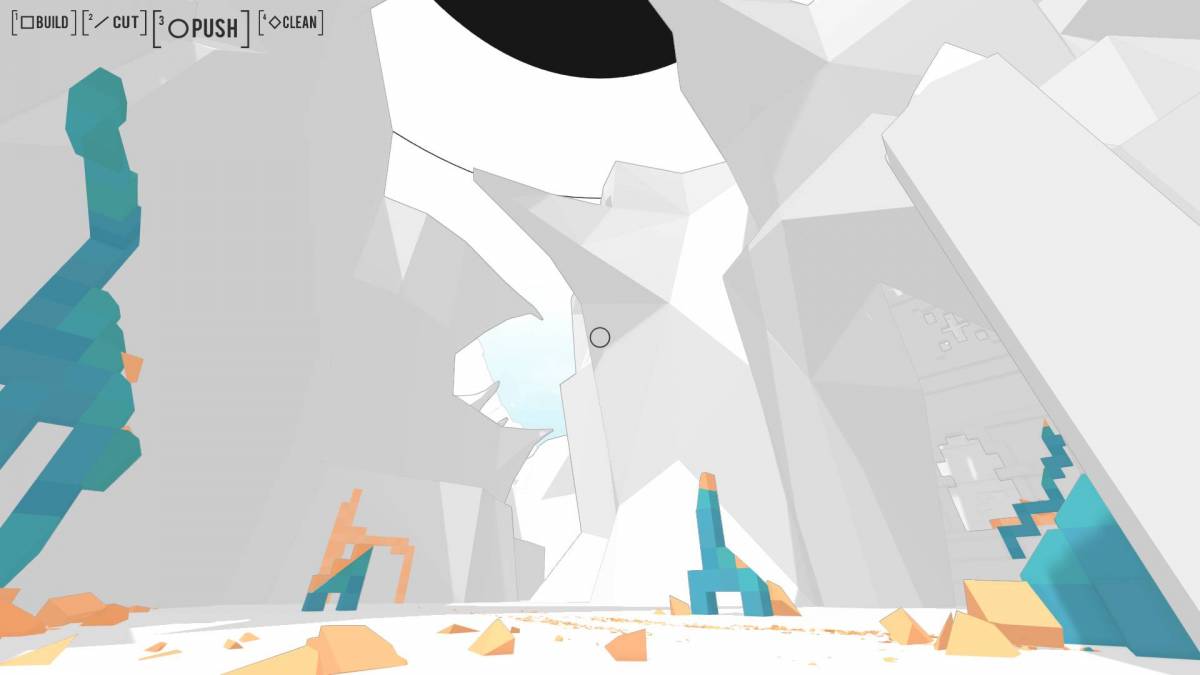 I had so much fun exploring this world, but the process of unlocking new abilities felt frustrating and in my way. I didn’t want to put my exploration on hold to do some puzzle set-piece, to stop writing my own exploratory narrative to meet some arbitrary quota. These puzzles, to me, don’t feel so deeply entwined into the experience as we’ve seen elsewhere, again feeling like the game forced on top of the rest. There is an appeal here for gamers eager to find everything, to collect all there is on offer, but I am not one and felt myself losing interest once I felt I’d seen my fill. In a way, it reminded me of Yooka-Laylee’s insistence on only giving the player a piece of the world, until enough collectables granted the full experience.

Bokida is a refreshing taste of something different. A glass of cold water which will soon leave you wanting something with a tad more flavour. I’d suggest looking at this for what it is: an experiment in coding and the first foray for an interesting new team. The groundwork is in place, now let’s see what they can do with it going forwards.