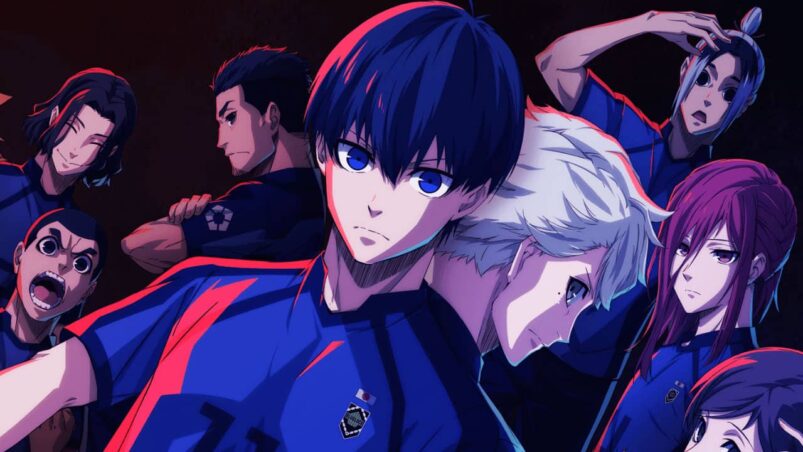 Next to Ufotable and Madhouse Photo, Eight Bit might not be so known. That, though, doesn’t make the studio any less good at making anime. Those familiar with That Time I Got Reincarnated as a Slime – that’s an isekai title, not a personal story – are aware of Eight Bit’s potential. And now, we’ve got Blue Lock: Season 1 coming out with new episodes all the time.

Blue Lock takes place in a world after Japan got some bad results at the football World Cup. In hopes of turning the tables, the Japanese Football Union hires Jinpachi Ego, a rather unorthodox, but effective, football coach. He calls young players to train in his complex, called Blue Lock. One of these players is our protagonist, Yoichi Isagi, who faces difficult challenges and tense games while there.

The new anime aired its first episode on October 9th, 2022 giving a taste of the manga’s uniqueness. It gives the vibes of heavy competition, along with the visuals of muscles and sweat. You feel the pressure and fatigue just from watching it.

And while the manga has been out since 2018, the anime is straight out of the oven. Some information about it might not be obvious or easy to find, so we’ve compiled everything you need to know, right here. Scroll down to check out when and where to watch Blue Lock, as well as when new episodes release and where.

Blue Lock: Season 1 is being released one episode per week. The first season is split into two cours, with the first one getting 12 episodes.

Here’s a list of all the first 12 episodes, with their release dates.

As you can see, every Blue Lock episode comes out on Sunday. But, keep in mind, these dates can change.

Just like the episode release dates, the release times for Blue Lock: Season 1 are also subject to change.

Where To Watch Blue Lock: Season 1

The first season of Blue Lock is available on Netflix, Disney+ and Crunchyroll, depending on your region, but the latter is exclusively simulcasting the series.