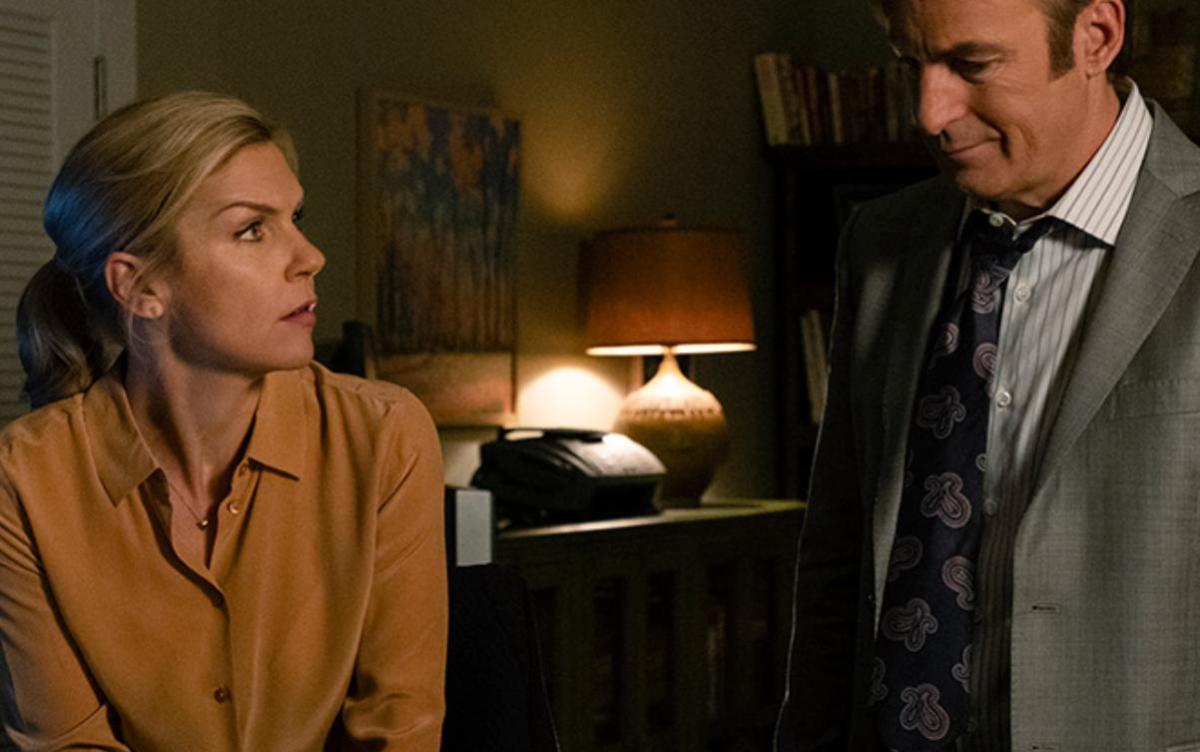 I can’t help but wish Byking and Bandai Namco added something more, something fresh, to really help One’s Justice 2 stand out and truly be ‘Plus Ultra’.

While last season’s “Lantern” teaser offered us two brothers reading a childhood story in a tent, this week’s “Winner”, written by Thomas Schnauz, reminds us that good memories weren’t simply reserved for the far-out-of-reach past. Chuck sings his heart out at karaoke, clinging to the microphone in a well-lit bar, recently separated from Rebecca yet unaffected by delusions of electromagnetic hypersensitivity. He even puts his brother to bed, removing his shoes then serving him a glass of water and a wastebasket. Chuck takes care of Jimmy, just as he’s always done in the way that he’s able to. Whether it’s bailing him out of jail or getting him a job in the mailroom, both flashbacks this season demonstrate what was within Chuck’s capacity as a brother. It harkens back to Season 2’s “Fifi” (also written by Schnauz), where, after Jimmy cares for him, Chuck says, “I know we have our issues. But if things were reversed, I hope you know that I would do the same for you.”

The teaser for “Lantern” also reminds us of who Kim and Jimmy once were, back when Jimmy still believed the McGill brothers could be a team and Kim saw him as a charming and compassionate life force. This is a good memory, and that’s all it is. And while we’ve waited all season to see Jimmy honor that past and confess some ounce of regret or grieve openly, it’s clear that Jimmy has allowed that lamplit memory to fade into the darkness. Simultaneously, we’ve witnessed Kim cling to that memory of how things once were, desperate for Jimmy to open up and reaffirm that image of the brand new, bright-eyed-and-bushy-tailed lawyer singing karaoke to whomever will celebrate with him. Back then, the lamplight was burning strong and the future was blinding.

Adam Bernstein has directed at least once during every season of Breaking Bad and every season of Better Call Saul – that’s twelve episodes over nine seasons – and they couldn’t have chosen a more fitting director for this season’s finale, because “Winner” feels like a classic rock band playing its Greatest Hits live. Coupled with Schnauz’s writing, every movement feels familiar and fresh, underlaid heavily with contextual themes and stringing together threads between each season, including its parent series, Breaking Bad. Even Werner’s final scene felt reminiscent of Walter begging Mike not to kill him in Breaking Bad Season 3’s “Full Measure” (“If I could just talk to Gus, I know I could make him understand.”) and Mike effectively telling him that there’s no other way (“Shut up! I can’t do it. I’m sorry.”). Only this time around, in “Winner”, we’re witnessing a Mike that hasn’t given up hope. He tries more than once to persuade Gus, but as we saw in Schnauz’s previous episode, “Breathe”, if Gus can’t get one of his men to do it then he’ll do it himself. We are witnessing Mike’s own internal lamplight fade until he’s left standing at the top of a darkened cavern, staring down at the man he had second-guessed turning down less than a year ago. Mike’s in too deep to climb out now.

Keeping in mind that the writers tend to have a bit of fun with episode titles, the final two episodes this season, “Wiedersehen” and “Winner”, when put together, make W.W. – and in “Winner”, we caught a glimpse of Gale’s Lab Notes where the Walt Whitman poem appears after Gale’s death from “Full Measure” (the successor to the Bernstein-directed “Half Measures”). Furthermore, “Wiedersehen” can mean less of a “farewell” and more of a “meet again” – rather than thinking of this any sort of promise of seeing Walter White return, it serves more as a looming shadow, something akin to the grim reaper biding its time in the past, a warning of the future that there’s simply no other way to avoid. With Ziegler’s tragic exit, the stage is set for the true Werner’s entrance – Werner Heisenberg himself.

There was no other way, Mike learns. He learns it as well as Jimmy does. Mike represents one dimension of us, the audience, believing there’s still another way for things to turn out, that Werner doesn’t have to die or that Jimmy won’t become Saul. It’s not so different from Nacho’s hope for a life outside of Fring and the Salamancas and the Cartel. Even still, just as Werner strolls out beneath the night sky to get a better view, the New Mexico sky doesn’t seem full of stars at all. It’s dark and abyss-like as Mike accepts his inhibited agency as an individual the same way that he accepted the sacrifices it took to survive as a Philadelphia beat cop, the source of his most major loss: his son. “I broke my boy,” Mike said (in Season 1’s “Five-O”, another Bernstein-directed episode), “And it was for nothing. I made him lesser. I made him like me.” It’s a loss that Mike has been going to group therapy for, and despite making the concerted effort to “Talk” and give voice to his grief, he’s still faced with choices outside of his control – after all, it’s the sacrifice of giving Stacey and Kaylee a better life. He knows he’ll be paying his debts until the devil’s name is spoken and there’s nothing left to give.

On the other hand, Kim represents the other dimension of us, the audience, waiting patiently for the moment that this universe rights its course and we avoid the dark future altogether. All we need is for Jimmy to open up and have a sincere moment in the same manner that Howard did in the restroom after weeks of intense therapy. We want this because we know that if he doesn’t make a positive step toward emotional rehab, then we get Saul Goodman. And as much as we know we’re going to get Saul no matter what, we’ve grown attached to Jimmy just as Kim has. She loves him and so do we. In Kim’s mind, there’s got to be another way. If there’s ever been a more definitive answer on this, it’s the trash can from Season 1’s “Uno” making its appearance again, followed by Jimmy crying alone in his ’98 Suzuki Esteem. What a fitting name for a car, especially when he’s back to where he started. All that money he earned peddling cellphones? Vanished with a $23,000 check in the memory of Chuck McGill.

Jimmy’s rousing parking lot speech to student Christy Esposito mirrors Kim’s speeches to each of those young adults about turning their lives around, only Jimmy seems less qualified since he’s swimming in the murky waters of his self-imposed delusion. Miss Esposito is regarded as the “The Shoplifter” – to that point, Jimmy might as well be regarded as “The Chicago Sunroof”, or as any sum of his mistakes. It’s the same story since the days of his misguided youth – he can never be as good or as moral or as smart as other men without cutting corners and revealing inner truths through an improvised dance, a trick of smoke and mirrors. And, for the first time, Jimmy manages to even con us, the audience. It’s the moment we’ve waited for since the Season 4 premiere, where “Smoke” robbed us of seeing any eulogy for Chuck because this week’s “Winner” offered us what that eulogy might sound like. Nothing about Jimmy’s final appeal to the board feels ingenuine, which alarms Kim the most – how could she not see through his acting, or is this another defense-mechanism of his? The look on her face is one of shock and despair – there is no way that Jimmy was faking that, and if he was and Kim fell for it, then what does this mean for their future, and how deeply layered is his self-delusion? “It’s all good, man,” Jimmy says to her, waltzing down the hall toward the future where he wins and makes everyone suffer for it.

Jimmy never wanted to be better than Chuck. He just wanted to be his equal. Jimmy wanted the McGill brothers to go into battle together, and when he couldn’t have that he wanted to be one-up his brother, show him that he could be better. And now that Chuck is dead, and the universe keeps reminding Jimmy that he’s slipping and he’s no more of a winner than Christy Esposito, eternally labelled as “the shoplifter”, the law becomes that specter of death, the ghostly embodiment of his brother – instead of one-upping his brother, he’ll one-up the law and change his name and con them all. Because the law is not sacred in Jimmy’s eyes. It is malleable and within his control as we enter the Goodman Years, a reign nestled between two kings on either side of this timeline of inevitabilities, the Greatness of Chuck and the Terror of Walt, until all we’re left with is Gene and his helplessness and that ongoing train of thought: this can’t be how it all ends.

– Chris McCaleb kills it again with editing! The scholarship applicants scene, abruptly cutting them off as they begin to speak, and all of the Mike-Lalo-Werner sequences. The pacing of this episode served the script well.

– The karaoke scene was such a gift. First Ernie, then Odenkirk doing his best off-key performance, then we get the McGill brothers lying in bed together and singing until they’ve dozed off in mirrored, off-kilter positions.

– Breaking Bad aside, Gus’ penchant for violence needed more contextualization in Better Call Saul – we know what he’s capable of later on, but this season has been all about leading up to understanding his reaction to Werner skipping town. Because without understanding that, we wouldn’t be able to feel the pressure that Mike was facing.

– Mike and the Salamancas share such a tangled history at this point, now adding Lalo, that it gives more weight to the hospital scene in Breaking Bad where he kills off the last of the Twins.

– Like eight months of Jimmy and Kim’s relationship, ten weeks of television have a habit of passing in the blink of an eye. Thank you to everyone who has shared their thoughts on my examinations for this season. If you’re at all interested, my upcoming project will be Season 2 of my Storytellers Telling Stories podcast – new episodes are out every Tuesday starting November 13th – subscribe and catch up on Season 1, and write me an email at [email protected] – or find me on Twitter @judebrewery and tell me what I missed.