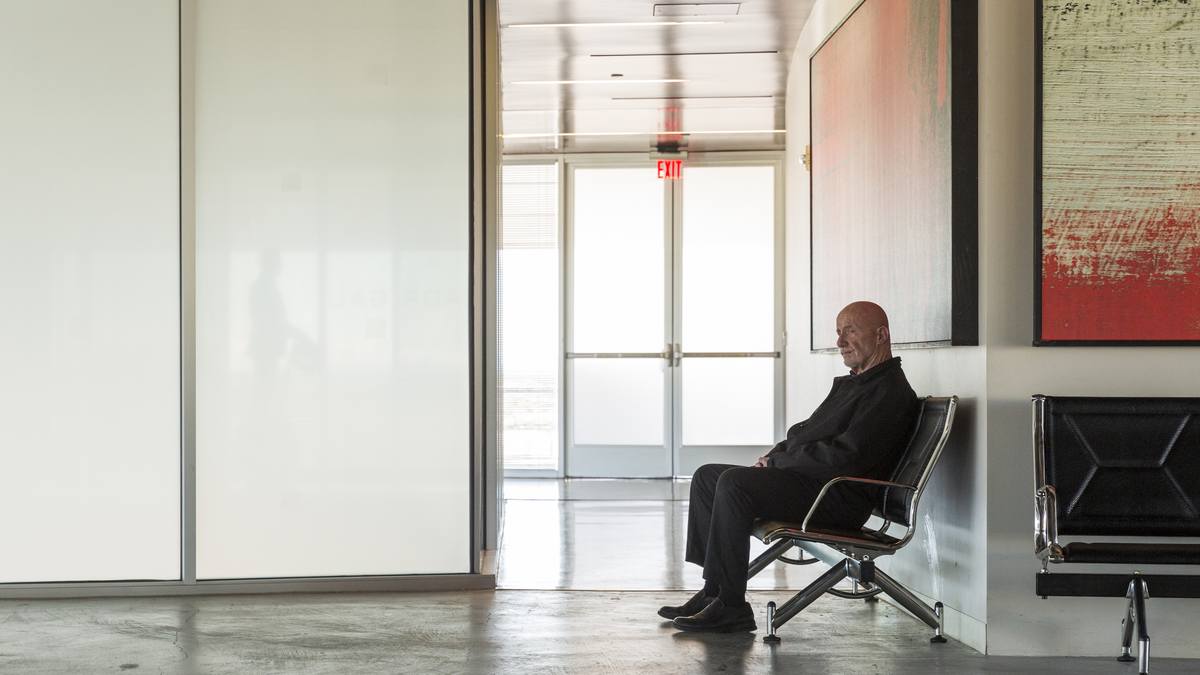 Every piece has fallen into its rightful place. Last week’s episode “Slip” served as a prequel to this week’s “Fall”, and that’s likely why their titles pair so nicely. Gordon Smith’s hands are busier as a writer for Better Call Saul as opposed to Breaking Bad where he penned a couple webisodes. And it’s perfect how he got to write out the events unfolding from Heather Marion’s episode, “Slip” since that was her first foray as a head writer on Better Call Saul.

So let’s break down “Fall.” A lot of ground was covered, probably more so than any episode this season. Kim is in over her head, Howard is stuck between two stubborn brothers always getting their way, and Nacho begs his father not to impede Hector Salamanca’s tightening grip. But the episode begins with a subplot entirely removed from all of these conflicts.

Mike goes to Madrigal to become an official employee, and he amends his granted job title as “security” officer instead of Lydia’s suggested “logistics” officer. But what the film crew and the writers and the actors and the showrunners have accomplished here is monumental. They’ve taken locations and characters introduced in season 5 of Breaking Bad, and they’ve introduced them into Better Call Saul in a way that doesn’t clash. It didn’t look odd to see Gus sitting with Lydia earlier on in this season despite them never sharing a scene in Breaking Bad. And seeing Mike meet Lydia for the first time in Better Call Saul felt palpable in a way that only Jonathan Banks and Lydia Rodarte-Quayle could pull off. The show has arrived here with grace, both patiently and methodically. Lydia even shares with the audience a sneak-peek into the show’s fourth season: Mike is the first “security” personnel. And the other guys who will eventually work for Gus before being exterminated in prison by a high-school chemistry teacher are guys to be found and vetted by Mike. The future is inevitable and Mike almost hesitates before he signs the employee agreement form. But tomorrow isn’t just coming; in fact, tomorrow comes today.

So let’s talk about Sandpiper. No one mentioned the settlement this season until now, and it was a nice reminder that, once upon a time, there was much more to care about beyond the Chuck versus Jimmy arena. Of course, Jimmy needs money. And he goes to great lengths to secure it. He inspires a mutiny against poor Irene, and while her breakdown scene hurts to watch, what hurts more is watching Jimmy’s detached reaction. As if Saul Goodman has taken over and swallowed down whatever little form of Jimmy could come out as a conscience. We haven’t seen this side of Jimmy before, and it’s because the line dividing Jimmy and Saul is much blurrier and grayer than some may have expected. This was the first real instance of Jimmy vanishing for more than a brief glimpse. He sits there and listens to her and manipulates her. He is not the man Kim loves.

So let’s talk about Kim. She’s a miracle worker, but she’s in over her head. Her car gets stuck in the dirt, and while she can get some leverage on the thing and heave it forward all on her own, she still barely avoids crashing it. Need I elaborate further?

Meanwhile, Howard is stuck between two men who cannot take “no” for an answer. Jimmy wants the settlement to close, and Chuck refuses to quit practicing law. Jimmy needs the money to live, and Chuck needs some semblance of his old life to return. Chuck even goes so far as to say, roughly, “If you think I’m difficult as a partner, I’m even worse as your enemy.”

We get two great scenes with Howard where he tells both brothers exactly what they deserve to hear, and we know Jimmy gets his way via scheming Irene and the other Sandpiper clients, but we don’t know if Chuck gets his way; in fact, if history shows us anything with Better Call Saul it’s that Chuck will not get his way while his brother will persevere by pulling every available string. Kim is called the miracle worker by her clients, but Jimmy is both the puppet master and the illusionist. He will fool his way into survival at everyone’s expense.

While our illusionist celebrates over shots, our miracle worker crashes. She falls asleep at the wheel. She slips and falls in a way that so many of us do, and her car accident is a warning that much worse is on the horizon – because, if the unstoppable Kim can be stopped then what hope do the rest of us have? Maybe Kim’s Unstoppable Force crumpling is a result of cooperating with Jimmy and that camouflaged stubborn ego of Saul, the Immovable Object.

So let’s close with a brief meditation on Nacho and his father. It’s a quiet scene, both tender and tragic. It’s of a son coming clean with his father, a father who has worked hard to become who he is and establish his business in an honest way. It’s a sideways reminder of Jimmy’s relationship with his father, and how the honest way was the hardest and seemingly less fruitful. In “Fall”, Nacho tells his father not to do anything stupid and instead let Hector Salamanca run the business for a few weeks while things blow over. In the opening teaser for “Slip”, Jimmy relates to Marco a story of his father attempting to return a valuable coin to a customer using it as spare change. Jimmy kept those coins and stored them in a band aid box which he rummaged for years later to pull off a night’s worth of cons with Marco and rip off strangers. What does this say for Nacho? 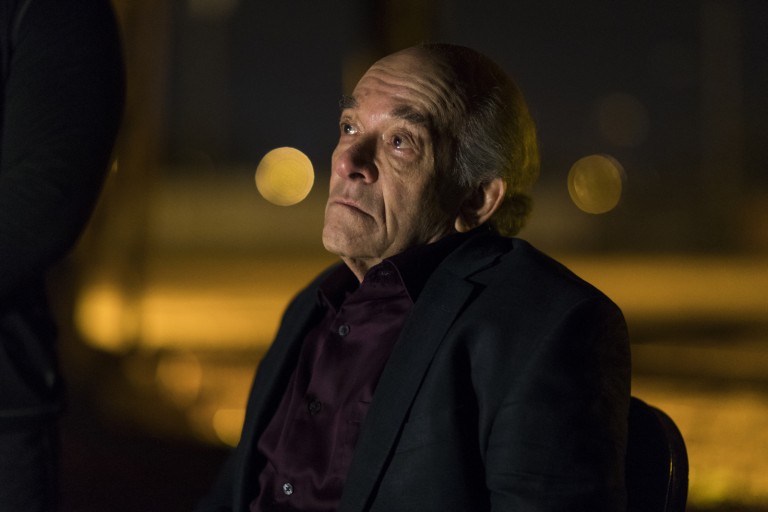 – In retrospect, I have much more to say about the previous episode, “Slip”. That image of Jimmy on the ground gazing at the $700 in cash reminds me of the first season where Jimmy was confronted with a bag full of cash from the Kettlemans. He looked more pained to accept their bribe then, versus the Jimmy who now will do anything just to make ends meet. But it’s not just about the money anymore, and it wasn’t ever really about the money. It’s pride and boredom and self-acceptance. Also, his ploy to slip and fall in the music store was a clever scene that employed what Jimmy told the twins in season 1, episode 1, where he told them about this very scheme. Only now when we get to see him do it he’s not as young, and he’s left with a sore back. Maybe he’s getting too old for this shit. Maybe Jimmy/Saul is both that Unstoppable Force and that Immovable Object. If so, what occurs when they collide?

– “Let’s hope that biopsy comes back B-nine!” Jimmy reading the Bingo numbers is too funny.

– I’m also waiting to meet Todd and the other pest control guys from season 5 of Breaking Bad. They’re guys that Saul Goodman knew, and we’re likely going to see them in either season 4 or (as I’m predicting) the final season, season 5. They shouldn’t go beyond six. But I’m welcome to being proven wrong.

– Every single scene this episode was so damn good. Next episode is the finale, and I’m guessing we’ll see where Gene’s ended up after passing out behind the Cinnabon counter.