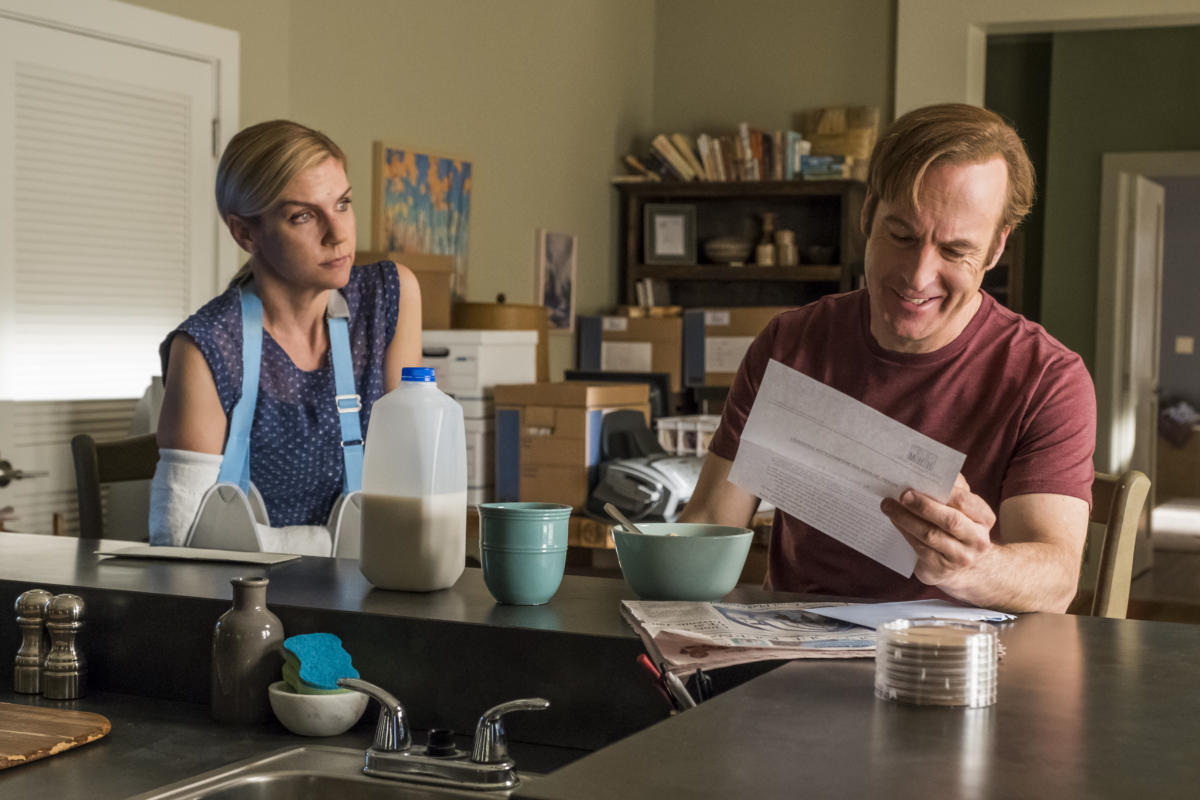 This week’s “Something Beautiful” represents that full-on “Venn Diagram overlap” which Gilligan has mentioned in several interviews this summer, cutting between characters from Breaking Bad and Better Call Saul in an almost dizzying fashion that it’s easy to forget which show you’re watching. Gordon Smith’s writing manages to weave these two universes together seamlessly – it’s no surprise, either, considering Smith had worked extensively for most of Breaking Bad until being hired on as a credited writer for its spin-off series – he clearly has a handle on what could be considered an impossibly difficult task. We even get to see Gale Boetticher, an old character with a new introduction, nicely understated with room for growth.

Speaking of difficult tasks – “Something Beautiful” is Daniel Sackheim’s second time directing for Better Call Saul, and just as he did before in Season 3’s “Chicanery”, he’s showing us the same old characters in whole new ways. The camera-work this time around really stands out, as we’re getting to see these characters close up, from Nacho facing imminent death, or the Salamanca Twins inspecting the faked crime scene, all the way to Kim poking her head into tiny models of Mesa Verde banks. Everything felt fresh and new and terrifying, especially after last week’s “Breathe” where Gus suffocated Arturo in front of Nacho.

This week, we open with Nacho helping stage the aftermath of a fake shootout. The staging is very precise. Victor and Tyrus are methodically emptying bullets into the car at different angles, doing their very best to ensure that it’s believable. Victor even shoots Nacho twice, and it’s that second shot near the belly that makes you second-guess – there’s no way the writers would kill off Nacho so nonchalantly at the start of the season, but it almost feels that way. Instead, Nacho is forced to rely on pure chance – chance, that Victor wasn’t going to execute him right away, and chance that the Twins would arrive on time or even assist him at all. One of the Twins (Marco, I believe) actually offers his own blood, a favor that may be repaying Nacho for having spoken kind words to an unconscious hospitalized Don Salamanca. 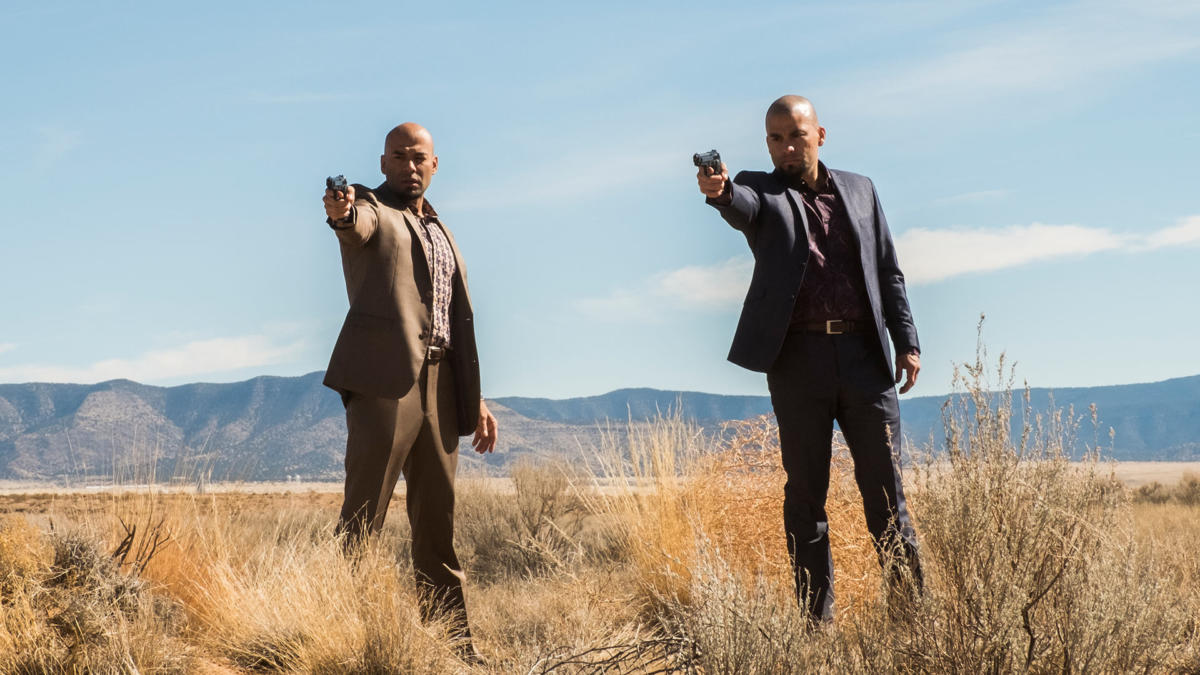 The topper for Nacho this week, though, is knowing that one bullet had to stay and couldn’t be removed – it mirrors the story that Nacho had previously told Mike, where Tuco had flown off the handle and killed someone, their bone shrapnel embedded into Nacho’s shoulder – another reminder to always follows through with a plan, to never take any half-measures, that no extreme action goes without extreme consequences, only this time around it seems that Nacho is given a much crueler reminder: ties to the Salamanca family don’t dissolve so easily.

Meanwhile, Jimmy’s plan to rob Mr. Neff’s copier store doesn’t go as smoothly as planned. Watching the hired burglar hide beneath a desk while Mr. Neff orders a pizza with dipping sticks doesn’t exactly match the same level of consequences as Nacho’s predicament, but the lesson is similar: prepare for the unexpected. What should have been an otherwise easy theft puts Jimmy in the position of breaking into Mr. Neff’s car while the hired burglar escapes into the night. The major difference between Jimmy’s break-in and Nacho’s fake-out, of course, is that Jimmy’s journey is just beginning. And as any experienced audience member of the Vince-Gould universe knows, crime pays big, but it may cost more. Nacho wants out of this business, and the end of that long journey only seems to slip further into the distance. 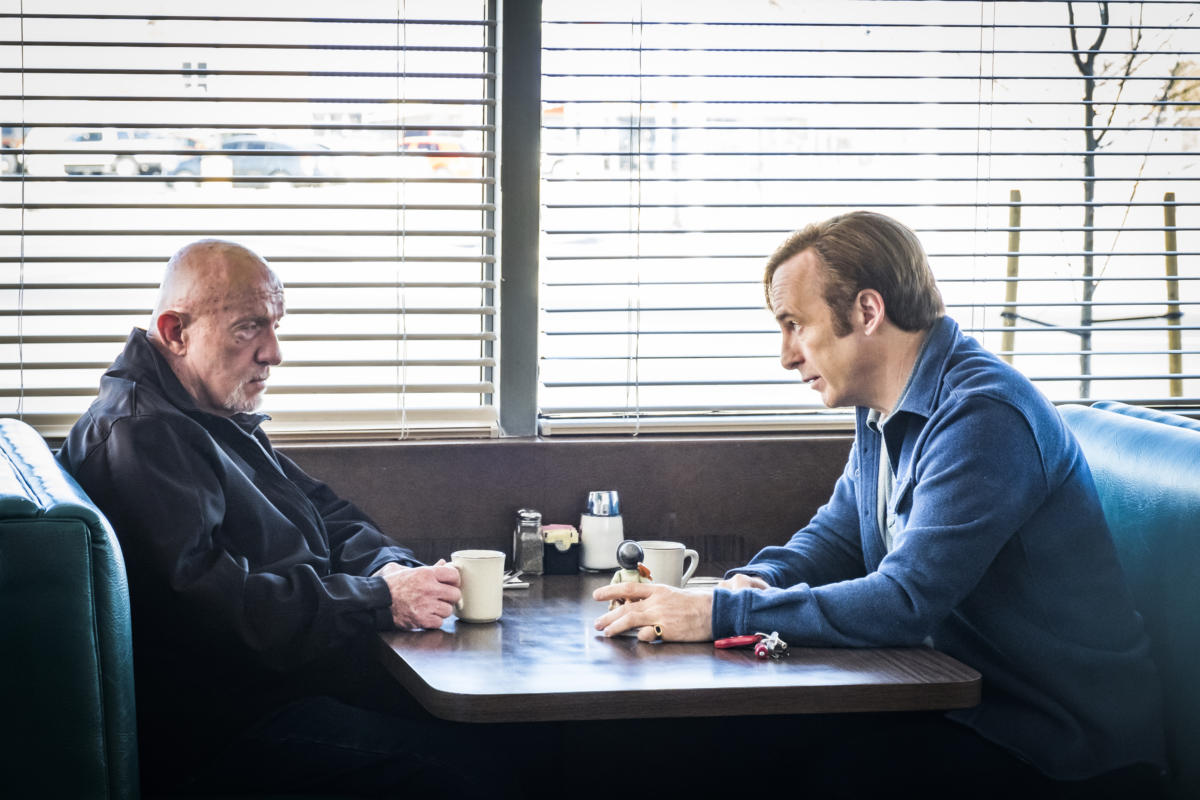 The wonderfully sharp and driven Kim Wexler is also facing a new journey, only hers hasn’t necessarily begun. Kevin and Paige of Mesa Verde Bank present her with a room-wide showcase of model miniatures, each one representing a different city in a different state. Mesa Verde is planning to go national. Kevin lists them all off (notice how one’s in Nebraska, where Kim grew up and where ‘Gene’ currently lives), one by one, and Kim peers into each, his voice fading into the background as she imagines what her future might hold – but where does she and Jimmy belong in all of this?

Her reaction to Jimmy reading Chuck’s letter is a partial answer to that question. She doesn’t know if Jimmy is ever going to move on from the past – how could he? His brother left him nothing but the minimum five-grand and a nicely written letter, a letter that, at least when it comes to most healthy functioning relationships, should have otherwise offered some closure. Kim wanted that letter to mean something. Jimmy knew it wouldn’t. We, the audience, wanted it to mean something. And now that the funeral is done with and the will has been executed, what is left to help Jimmy finally break free from his brother’s expectations? Kim realizes that the end of that long journey is far from arrival, if it’s ever meant to arrive at all.

– Skip MacDonald really nailed it in “Something Beautiful” with the editing. I loved that whole opening sequence with the car skidding across the road and shooting sparks. And I’m sure there were other shots from the scene where Jimmy reads Chuck’s letter – but leaving this scene as one continuous shot was brilliant – of course, hats off to Rhea Seehorn and Bob Odenkirk. Every scene they share together this season has been perfect, like watching a rose grow and bloom and then wilt in slow motion, each of the petals falling off, one by one.

– “That man sure knew how to write a letter.”

– So, Gus has other plans for Gale Boetticher besides just cooking meth? Surely not just brewing the most perfect cup of coffee.

– Mike turning down Jimmy’s offer allowed us to meet a new partner in crime, our hired burglar Ira. I’m looking forward to the ongoing misadventures of Jimmy & Ira, as well as whichever other criminals Jimmy recruits through Dr. Caldera.

– Juan Bolsa owns a cattle ranch. With many times as we’ve seen him between both shows, he’s a character that we still don’t know much of. I’ll be interested to see how the relationship between Bolsa and Fring develops.