10 Best Anime To Watch On Halloween

Anime isn't all schoolchildren and robots - these ones can spook with the best of them. 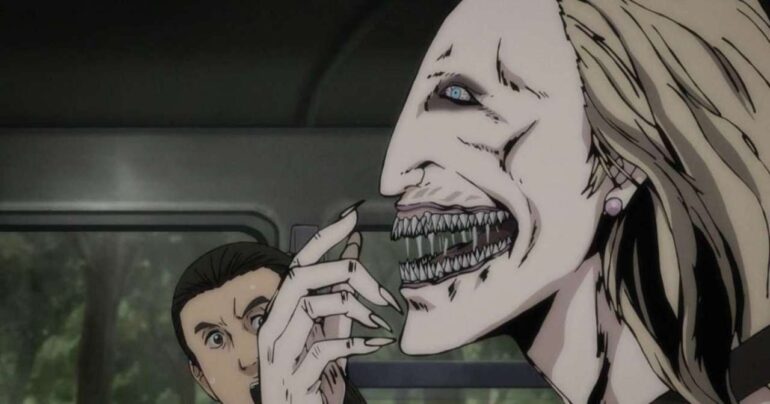 Halloween is just around the corner, and we’ll all be doing our part to get into the spooky mood, whether that be carving pumpkins or building up a store of trick-or-treat goodies. Sadly, with the state of 2020, many of us will be spending this Halloween stuck behind closed doors. However, this need not be a bad thing. There is a wealth of Halloween related content out there. While there are the classic American horror movies, there’s also a few anime that dip their toes into the genre.

Some of these horror anime may leave you on the edge of your seat, biting your nails in horrid anticipation. Some might twist your guts at the gore. There are even some which will give you a laugh. But they’re all worth watching to get into the spooky spirit.

1. When They Cry/ Higurashi

Higurashi No Naku Koro Ni or, as it is known in English, When They Cry, is a visual novel adaptation released in 2006 and is probably the most notorious horror anime in the genre. The anime follows a group of young friends living in the town of Hinamizawa as strange, supernatural events occur.

Each story arc in the show acts like a nightmarish version of Groundhog Day, resetting at the conclusion of a nightmarish scenario. While the original is a creepy but well-crafted story, there is a newer version currently airing with updated animation. If you really want to give yourself a scary treat, turn the lights out and watch this.

Not to be confused with the 2019 hit Korean film, Parasyte: The Maxim is a manga adaptation released in 2014. It follows school student Shinichi Izumi as his body is infected by a worm-like alien called a Parasite. While most other Parasites invading Earth would take over a human by invading their brain, this one has the unfortunate luck of getting trapped in his arm.

With nowhere to go, the two form an unlikely partnership as they battle other Parasites. This show focuses less on scares and more on outright gore and body horror as the audience follows a different kind of double act story. Perfect to get your skin crawling. 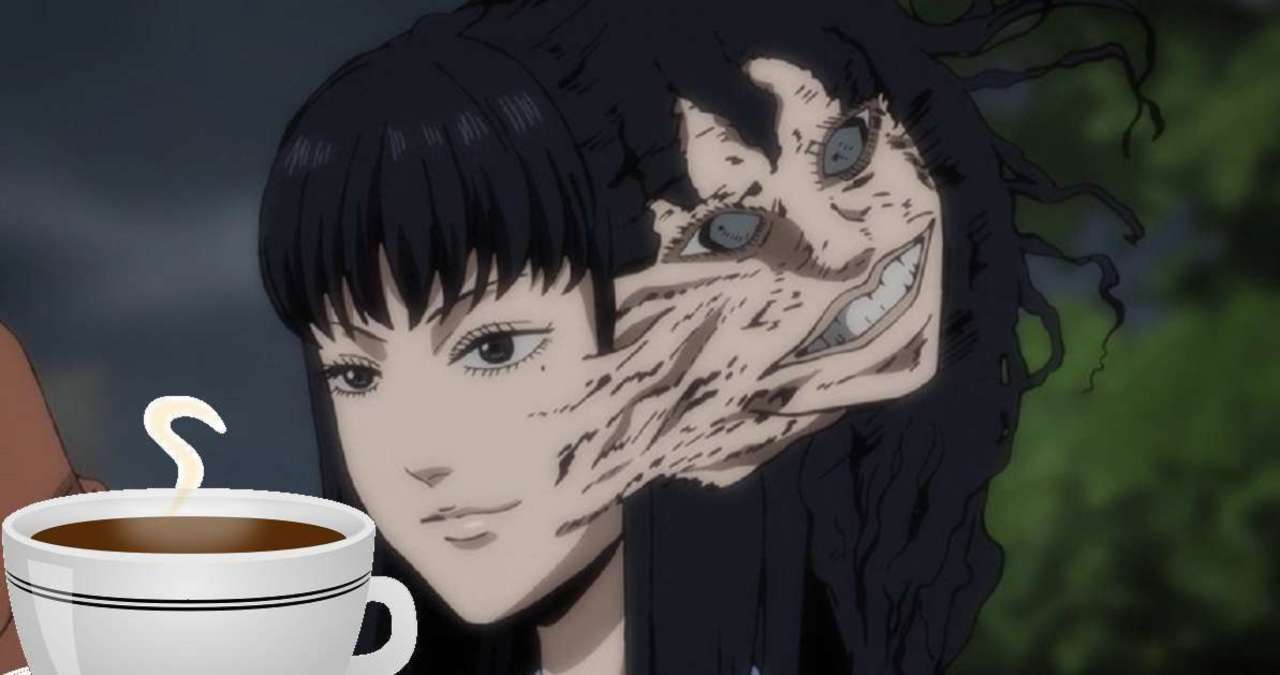 Junji Ito is a notorious horror mangaka with disturbing images and graphic horror being staples of his artwork. Known colloquially as The Father of Horror Manga, he is a powerhouse in the genre, so it would only make sense that his works be adapted into anime.

Released in 2018, it’s a 12-episode anthology series that adapts several stories from his works, like Long Dream, where the protagonist suffers nightmares that last for years, and Slug Girl, where a girl’s tongue turns into a slug. While they may not be as good as their manga counterparts, the Junji Ito Collection is a good way to break into the genre of horror anime and to unsettle audiences.

On the topic of gore, Elfen Lied is another example of how bloody anime can get. The story of the 2004 manga adaptation follows Lucy, a member of a humanoid mutant species known as the Diclonius, known to have psychic powers and easily distinguishable by two small horns on their head. After originally being held for experimentation, she makes a gory escape, and is later taken in by Kouta and Yuka after sustaining an injury.

The rest of the series follows the trio as the organization tries to get Lucy back, as well as other Diclonius. The show is geared towards a mature audience, with liberal amounts of nudity and extreme violence: the first episode features Lucy slicing up her human captors into mincemeat. If you have the stomach for violence and excessive gore, then give this a spin. 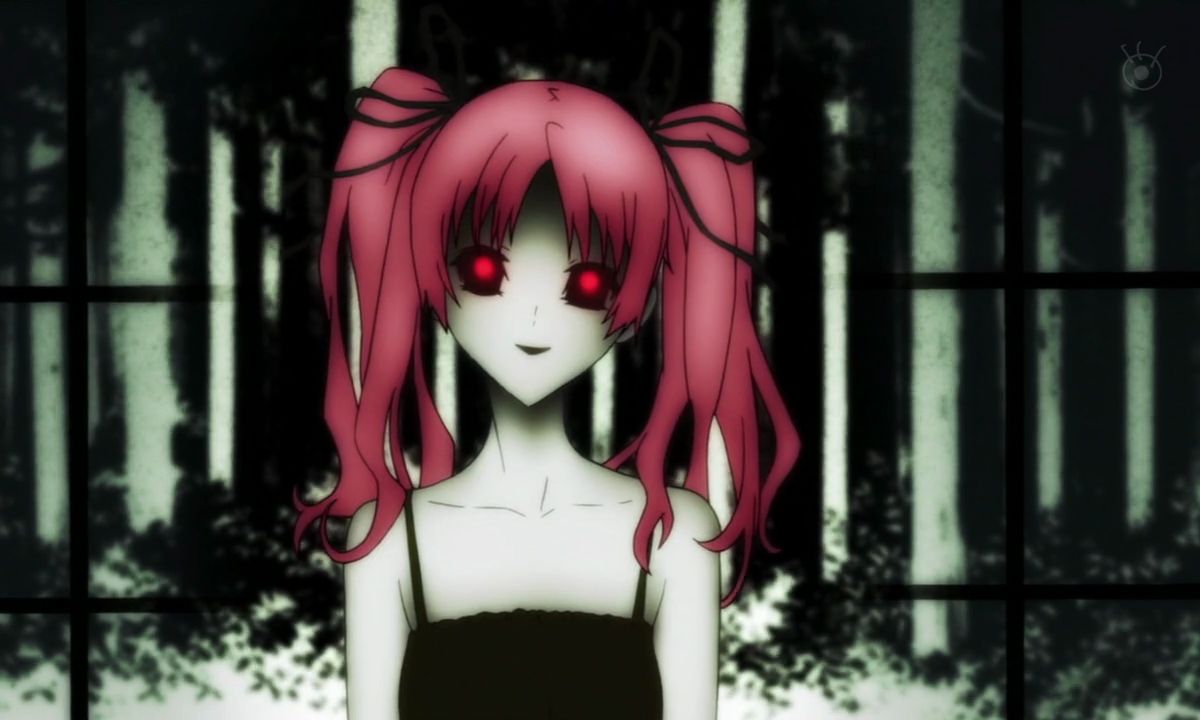 Though the vampire story may have been beaten to death, anime as a medium tackles traditional stories from a new, refreshing angle. Shiki is one of the strongest examples of this. Based on a horror novel of the same name by Fuyumi Ono, the 2010 anime is set in a small town, following a series of unusual deaths that coincide with a strange family moving into a nearby mansion. Soon after, rumours start to abound of dead villagers walking again.

Though more of a mystery series in terms of story – the main character is the director of the town’s only hospital trying to find the cause of what he believes to be an epidemic – the deaths and elements of vampire horror make this a worthy entry.

Released in 2019, this manga adaptation follows the character of Emma, an 11-year-old orphan living at Grace Field House. Raised in this self-contained facility, Emma and many children like her live a comfortable life under their caretaker who they simply refer to as Mom.

However, all is not as it seems as Emma stumbles across a terrible secret: the children are being raised as livestock to be fed to demons. With her illusion shattered, the rest of the series follows Emma as she plans to escape this new nightmare, lest she be the next lamb for the slaughter. 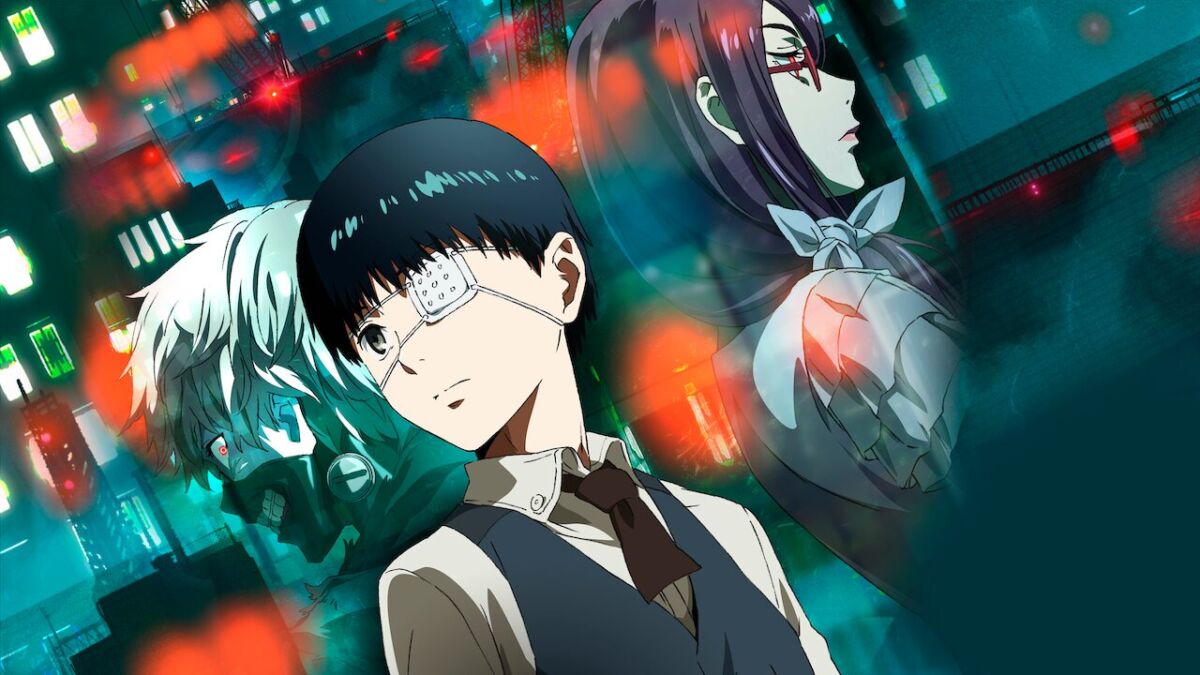 Tokyo Ghoul is a manga adaptation that was released in 2014. The story is set in an alternate reality where creatures known as ghouls, humanoid monsters that lurk in the shadows, have a taste for human flesh.

The protagonist of the anime is student Ken Kaneki, who starts off the series barely surviving an encounter with a Ghoul. After undergoing a lifesaving surgery after being attacked, he wakes up to find himself as a half-Ghoul. A supernatural dark fantasy with elements of horror, the show follows Kaneki as he faces the challenges and dangers of his new life.

Zombies are another monster that have saturated the horror genre, but this manga adaptation tackles the tired genre in an interesting light. Released in 2015, it follows a group of friends in the School Living Club, mainly focusing on Yuki Takeya.

After a zombie outbreak consumes the city and nearby school, many students and teachers are infected. Though her friends struggle to survive, Yuki is under the delusions that everything is normal and still seeks out fun activities for her and her group to take part in.

Even if you’re tired of zombie apocalypses, School Live! adds intrigue with its elements of psychological thriller and even slice of life as Yuki adventures through her dream world as the world around her stays in hell. 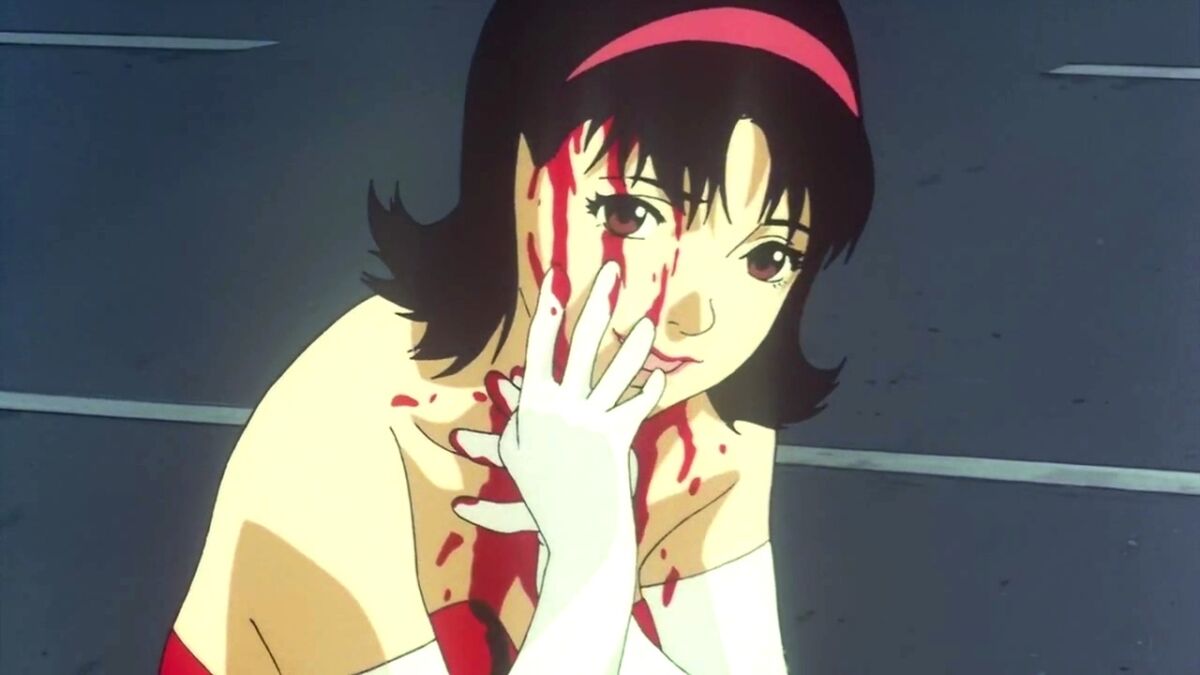 While this isn’t necessarily horror, this iconic film from visionary Satoshi Kon more than deserves a place on the list. The 1997 thriller follows Mima Kirigoe, a retired Japanese idol who starts a career in acting. However, she starts to get stalked and gruesome events start to take place around her, Mima starts to lose her perspective on reality as the lines between fantasy and reality become blurred.

Perfect Blue is an outstanding piece of cinema that rewards rewatches. With Kon’s flair for visuals and a mindwarping plot that’ll leave viewers feeling uneasy and fearing for the protagonist, it’s not just a brilliant thriller, but an important piece of cinema, with Perfect Blue and many of Kon’s other works inspiring future directors – most notably Darren Aronofsky and his film Requiem For A Dream.

Last but most certainly not least is Another. Based on the horror novel of the same name by Yukito Ayatsuji, the story is set in the spring of 1988 and follows student Kōichi Sakakibara. As he is transferred to a new class, he meets a student called Mei Misaki, a girl who the teacher and other members of the class seem to ignore. However, as a gruesome curse starts to kill Kōichi’s classmates, it’s up to him and Mei to figure out how to stop it before any more of the class gets killed.

With an intriguing plot, ghosts and some particularly nasty deaths – the first death still makes many people cringe – Another is a classic horror anime series, perfect for the spookiest time of the year.

READ NEXT: 15 Best PS4 Anime Games You Should Play