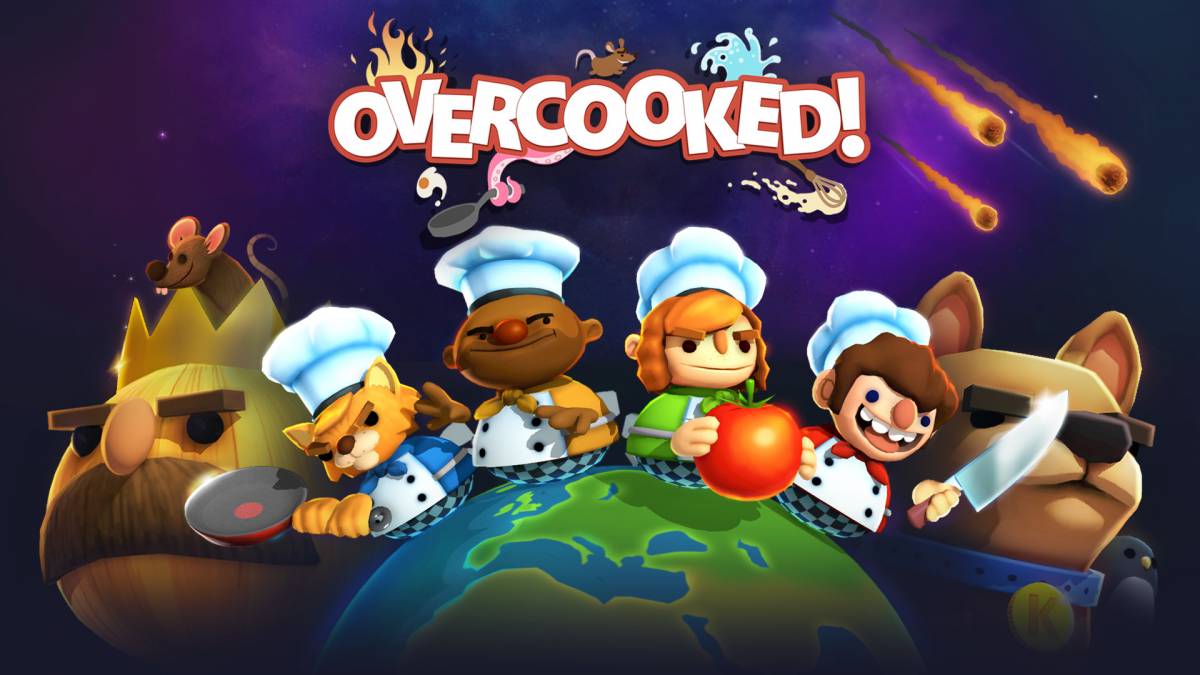 In my life I have worked just about every non-management job a restaurant could have. Dishwasher, line chef, busboy. Basically, if it paid minimum wage, I’ve done it. I’ve never been more thankful for this experience than when I was playing Overcooked. It was all worth it so I could use the correct “restaurant sounding terms” and feel like I knew what I was doing.

Overcooked sets players as the last line of defense against the apocalyptic force known simply as “The Ever Peckish” but their salad slinging skills aren’t up to snuff. In the face of certain doom, the Onion King opens a time portal back to 1992, allowing the four hero chefs to hone their kitchen skills over the years and face the creature with more confidence. No, I did not make any of this up.

While the story reads like a demented man reading off unused Stephen King novel plots, the gameplay is phenomenal. The game slams you and your friends with stress in a way you wouldn’t expect a game like this to do. You don’t know the meaning of anxiety until your fish and chips are burning on those damn ice levels, but you’ve slipped into the frigid oceanic abyss to join Jack Dawson again for the third time since your last order went out.

But the overwhelming sense of anxiety and stress is actually very good, and very fun. When you hit the 3-star mark on a level, you genuinely feel like you’ve earned it. When you fail a level with your friends the first two, or three, or seven times, you will notice a very distinct rise in skill and understanding of the game. The mechanics are simple enough that anyone can learn them, but the game itself is so challenging that you’ll never get bored.

It is worth saying that the experience is significantly better with friends. Having four people makes all the difference in the world as you try to assign duties, shout orders, and watch it all fall apart and devolve into incoherent screaming and panic (and sometimes fire.) This leads into what is currently the biggest problem Overcooked suffers, which is a total absence of online multiplayer. So while the most fun you can have in this game is with three of your friends, they’ll need to be right next to you on your couch for it to happen. It’s not the worst condition for a game to be in (especially since Ghost Town Games entertains the possibility of adding Online multiplayer for Overcooked in the future) but it would definitely help.

Overcooked is a game that I love to see released and supported in 2016. It’s simple, beautifully executed, cooperative, chaotic, raw fun. The lack of a tutorial forces you to experiment and try to find the most efficient approach to everything. The lack of a briefing leaves you starting a new level wondering “ok, what will be the obstacle this time?” The game is a perfect blend of reliable consistency and ceaseless curveballs that will make you feel completely out of control every time you think you’ve figured it out.

But on the off chance you do manage to completely master the core game, Ghost Town Games just released the Last Morsel DLC earlier this week (Nov 15th) to provide you with six more jungle-themed kitchens to spike your stress levels.