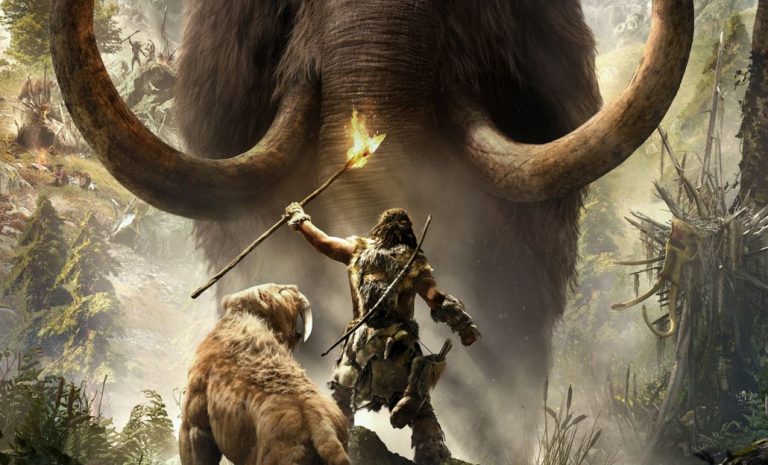 It’s hard not to feel bad for Far Cry Primal.

Released in January, when everyone was still burned out from the three-way tussle for 2015’s GOTY and robbed of all money thanks to Christmas, it arrived to a moderate amount of fanfare before fading away rather quickly. While everyone’s been drawing up their “best of” lists, I’ve noticed that Primal rarely makes the cut.

Not the case here. It may not be the most refined or even the most fun game in the Far Cry series to date, but it still has enough to offer for your open-world needs. If you claim that you’ve never wanted to go toe-to-toe with a saber-toothed tiger, you’re either lying or you’re just plain wrong.

Much was made of Ubisoft’s decision to drop the AK-47s and RPGs that are a part of Far Cry’s DNA. While it may not be a welcome change for everyone, picking up a club and bashing prehistoric heads in offers a similar amount of charm (as psychotic as that sounds). After an hour or so with Primal, the lack of guns won’t matter as you will instead be feverishly scrambling to pick up reeds and sticks to upgrade your bow.

The story of Primal is possibly it’s most interesting aspect, however, as threadbare as it is. The dialect has been produced entirely for the game itself, so subtitles are a necessity, which means that you’re invested in what’s going on. It’s hammy, sure, but the plot of being a beastmaster who is leading a relatively peaceful tribe to victory over cannibalistic savages work just as well as plotting to overthrow your pink-suited stepfather.

With various beasts at your beck and call, Primal shines. The owl acts as a recon unit, gliding over enemy encampments and spotting them for you so that you can plan whose face is meeting your club first. Just like other Far Cry games, there are multiple ways of approaching any scenario – do you snipe the cannibals with a bow or send in your favourite bear to clean them up instead? You can even work in tandem, as if you’re He-Man and She-Ra with even less clothing.

This being a Ubisoft game, there’s no shortage of collectibles to mean that you get your money’s worth. While the world isn’t exactly beautiful (sometimes quite unpolished), travelling around Oros on your way to get X amount of Y to make Z rarely ends up being that straightforward. Random encounters are commonplace, whether it’s saving a villager from an attack or stumbling across a pack of wolves that look like they need hunting. The latter is the most enticing, though – you can spend hours just walking across the open-world and picking off its animal inhabitants, taming companions as you go.

Far Cry Primal might have quite unfairly dropped out of the gaming public’s consciousness, but it doesn’t deserve to. It isn’t the most thrilling or advanced of games to come out this year, but it’s an oddly relaxing venture back in time that still satisfies.