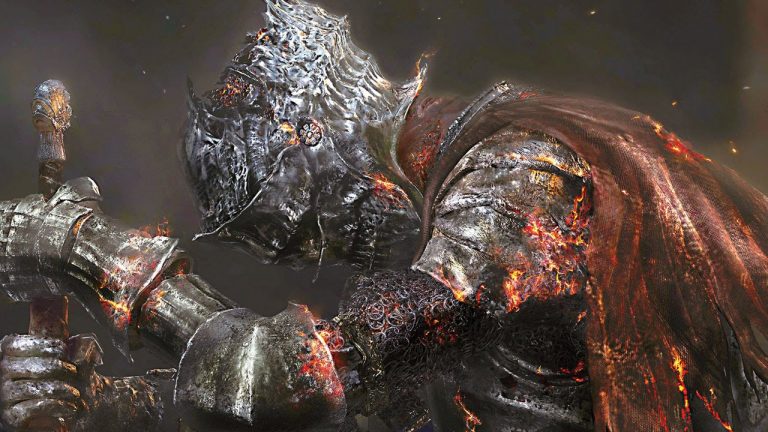 Where to even begin with Dark Souls 3. The ravenous pre-release hype to From Software’s now captive audience within the action-RPG genre drove a large group of fans to exploit their platform of choice and download the game in Japanese when it launched three weeks before the rest of the world were supposed to sink their teeth in to what is alluded to be the final entry in this brutal, enigmatic and often beautiful franchise. Peter Serafinowicz – voice actor for Mild-Mannered Pate and provider of various grunts for the player’s character in Dark Souls 2 – was among the YouTubers and bloggers sharing their joy and despair of the new Souls ahead of its worldwide launch.

Hype reached unprecedented levels for a threequel of a series known for throwing the player blind into a world that actively wanted it to die over, and over, and over again, mostly without telling you explicitly how or why that was, how you got there or even really what you were supposed to be doing. How could this game possibly deliver?
Well, it did, and it did so with style. That is undeniable. Whether or not you, personally, are still interested in the series after five games in almost as many years (including Demons Souls and the near-perfect Bloodborne) is another question.

Dark Souls 3 brings together all of the lessons learnt across the franchise in a familiar and fitting finale. All of the hallmarks of the Souls series are present; narrative ambiguity, challenging (but fair) combat, edge-of-your-seat pants-shittingly-tense boss fights, bizarre NPC encounters, and SO much loot. You still lose your souls when you die, and have to collect them from your place of death. PVP Invaders are still cheesy, fun-stealing bastards. But you already know all of this, if you’re even slightly interested in the series at all.

What DS3 does, however, is do all these things almost perfectly. From the terror of your first boss fight, through to tentative first forays into the upcoming catacombs (both literal and figurative) and all the way to your journeys conclusion and inevitable restart in NG+, this is a game knowingly constructed by a team who knew exactly what the fanbase wanted. While it may have been slightly too familiar for some, in ways that I’m not going to spoil on the off-chance that a reader hasn’t played through this yet (though why wouldn’t you? Buy it now. Do it.) I feel it delivered a balanced mixture of new and exploratory content for the series alongside the serious fan service and call-backs to previous iterations.

The first of two planned expansions, the extremely Dark Souls-y titled Ashes of Ariandel is also worth a mention; though while it is short for a From Software expansion (it’s possibly half the length of Bloodborne’s The Old Hunters) it does feature a particularly spectacular boss fight, one that won’t be forgotten quickly amongst the myriad of other bosses you will have fought up to this point. The new weapons that the DLC added are interesting too- often being more like the sorts of weapons found in Bloodborne than DS3’s typical fare of variations on a theme (short sword, broadsword, axe, etc.). Though in typical Souls fashion, the additional narrative on offer here is vague at best, and does feel slightly tacked on as opposed to contributing to the experience as a whole.

Even without the DLC however, DS3 is a fantastic send-off to what will no doubt be a fondly remembered and revered series, as well as a perfect starting point for anyone currently unfamiliar. So, go forth and buy this game if you haven’t already, and praise the lack of sun this winter as it inevitably steals from you your waking hours.