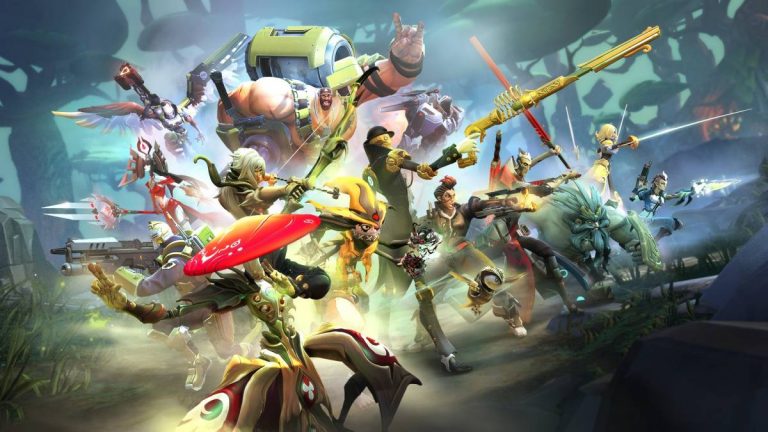 I already know what the majority of people reading this will be thinking. I’m going try my hardest to make a case for what I believe to be one of the most painfully underrated games of 2016.

The odds were stacked against poor old Battleborn from the start; from developers Gearbox’s wishes for it to be a free-to-play title to it eventually launching at full retail price, and the unfortunate rivalry with the altogether completely different Overwatch, to which Battleborn was constantly (and somewhat unjustly) compared, to its immediate detriment and eventual almost-disappearance from the zeitgeist of 2016’s gaming. Such is the lack of demand for this game that you can buy it for less than a tenner from pretty much anywhere that sells games at all. It is currently £8 on Tesco Direct. That is less than two pints in most pubs now. You could probably find it cheaper still. There is even speculation that the game may, in accordance with Gearboxes wishes, become free-to-play in the near future.

What I propose, however, is that for less than the price of admission to the cinema or a takeaway pizza is that you (and a friend, but I will address that momentarily) buy this game, if you agree with any of the following questions:

Did you enjoy any of the Borderlands games?

Do you enjoy co-op, couch or online?

If you did answer positively to the above, then I implore you, humble reader, to implore a friend to take this plunge with you, and dive in to the kind-of-MOBA-ey, kind-of-not world of Battleborn. And make sure you do take a friend, as things are unfortunately quiet here. In keeping with Gearbox tradition too, co-op isn’t doubling the fun- it’s fun squared.

If you’ve played any of the aforementioned Borderlands series, then you should have a reasonable idea of what to expect; bright colours, hordes of enemies, ridiculous characters and an off-the-wall sense of humour throughout. Each of the 25 launch characters are worthy of note in their own right- well-defined and individualistic, in backstory, personality and playstyle (though Marquis remains my personal favourite- I’m a sucker for an old-timey looking gun and a monocle).

The campaign is pretty meaty, especially when compared to the sheer lack of one in direct competitor Overwatch; there are eight lengthy and varied missions, all of which can be played either solo, couch or online co-op as all of the characters. This adds up to a lot of replayability, as across the four difficulty settings and 25 characters there are 800 variables if you don’t count the huge number of potential teammate configurations. With the arrival of planned DLC this number could grow again exponentially- not bad for considering you’ll get change from a tenner if you pick this up.

The competitive multiplayer aspect is rich too, if somewhat limited across three game modes; those being a somewhat ordinary MOBA style mode, a variation on capture the flag, and most interestingly, something called Meltdown. In Meltdown, the teams of player’s guide minions to their death at an incinerator at the centre of the map, while trying to wipe out the opposing team’s players and minions. Points for each team are scored for each minion that manages to throw itself to its fiery death. It is as chaotic as it sounds.

Maybe this year’s saturation of MOBA things (with Paragon, Smite et al) are somewhat to blame for the lack of reception for this (while imperfect,) hugely fun shooter. Buy it for someone in your office’s secret Santa. Hand a copy to a stranger on the street. Whatever. Just get in while the getting’s good, and before the underappreciation ends with the servers closing down for good.