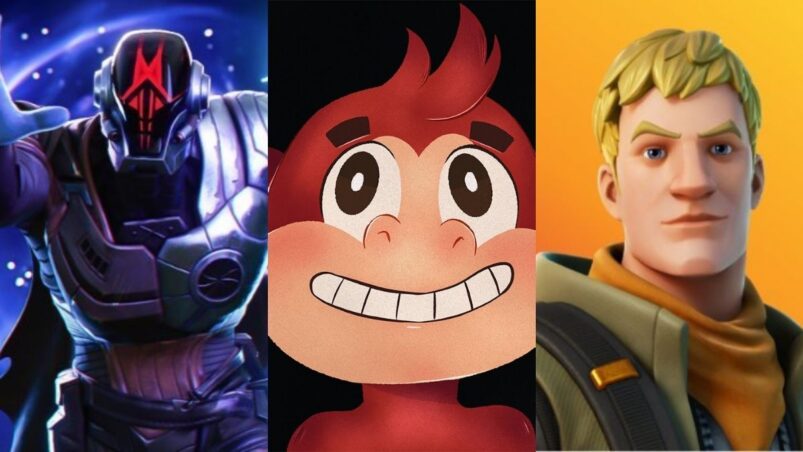 The smartest decision that Epic Games ever made was to allow the best Fortnite leakers to thrive instead of penalising them. By letting leakers dip in and publicise the game’s files, accounts with millions of followers are basically giving Fortnite free advertising with pretty much a roadmap of all the interesting content coming to the game.

Fortnite leakers are really the primary source for all things Fortnite news, whether that’s the new skins coming to the Item Shop, any events that are on the horizon, or files that point towards the future of the game. We’ve even seen whole new chapters and seasons of the game being revealed ahead of the time thanks to these wizards, with them also just generally acting as good sources for wider Fortnite news too.

If you want the newest Fortnite leaks and information or just want to keep on top of everything that’s going on on Epic’s always changing island, here are the best Fortnite leakers you should be following.

The second IO drill site has appeared at the bottom right of Greasy Grove, 3 more to go! pic.twitter.com/y86vYLceKy

Probably the de facto Fortnite leaker, Hypex is the most popular source for Fortnite news and leaks in the world, with millions of followers across multiple platforms. If you want to be clued in on Fortnite, you really couldn’t ask for a better resource than Hypex.

From map changes to challenges to insider info to basically every little thing that you would want to know about Fortnite, Hypex has the scoop. He’s put his reputation on the line time after time with huge scoops and, well, the fact that he’s still so respected tells you that he very rarely misses.

You all have been a huge part of this year for me & I appreciate you for that.

Thank you for the great year. ❤️

Shiina is a slightly less popular yet arguably more likeable alternative to Hypex who always tries to be positive about the current state of Fortnite, as well as someone who engages with the wider community and its creators.

Known for daily Item Shop updates, crossovers, general Fortnite news, map changes, file leaks, and even intel on what’s going down at Epic, ShiinaBR is a Fortnite leaker that you can always depend on to have their finger on the pulse of all things Fortnite.

Here are some official images of sections of the Fortnite map without snow, these images can be seen on the following artstation gallery:https://t.co/0XHRK8Lkt8

iFireMonkey is a hard-working monkey indeed, someone who covers a very similar beat to the first two Fortnite leakers on this list, while also being a somewhat comedic, aloof tinge to his updates. It’s hard not to be a bit goofy when you are a monkey who is on fire.

The best thing about iFireMonkey, though, is that he usually brings context to the leaks he provides, meaning that he explains how a new leak ties an old one, or references a random challenge when discussing lore and the wider Fortnite story. A very clever monkey.

This is currently affecting login, matchmaking, profiles and more. Expect it to resolve soon! pic.twitter.com/Hn5FUOvjow

The least popular Fortnite leaker on this list, FN_Assist is exactly what you would want from a general Fortnite account: they just post the news, leaks, and guides you need, particularly when it comes to the latter.

Fortnite’s challenges (or quests, as they are now pointlessly called) are all assisted by the suitably named FN_Assist, with their curated guides making it clear for pretty much anyone. If you’re looking for a Fortnite leaker who’s a mix of everything in Fortnite without any distractions, this is the account for you.

While not a leaker in the traditional sense, Tabor Hill is a YouTuber who seems to have a lot of inside knowledge on what’s going on in the game. He doesn’t leak files as such, rather reveals news ahead of time on his YouTube channel. He’s the one responsible for starting the hype train for Chapter 3 early.

He obviously can’t provide revelations for every video he puts out, but Tabor keeps both his social media and YouTube channel updated with all the latest Fornite while also providing generally fun content, including busting popular myths. He might not be to everyone’s tastes, but there’s no denying his output.

Plus, any friend of John Cena is a friend of ours.