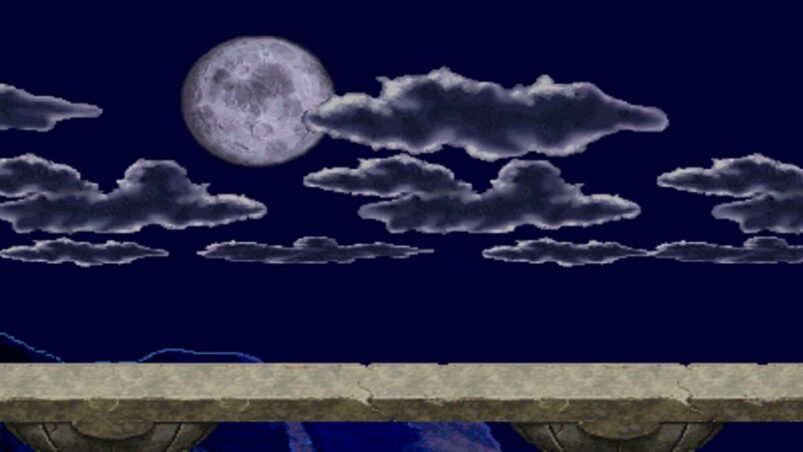 Welcome back to our less than regular celebration of some of the best stages in fighting game history. Today, we’re risking getting our spine ripped out or our head’s punched off as we travel to Mortal Kombat’s The Pit.

A great metric to use when considering whether something is legendary or not is its endurance and staying power. As times have come and gone, the ability to persevere through it all is nothing short of remarkable. Over the years, there’s been many fighting game stages that have emerged, and while most of them are great, few are going to have the legacy that Mortal Kombat’s The Pit ever had.

Over the decades of Mortal Kombat history, The Pit has made some kind of appearance within various games, either as a full-blown arena or just a cameo nod to the history of the series. Fans will mostly be familiar with The Pit and The Pit II, from MK and MK 2 respectively. Both take place under a moonlit sky, though some subtle differences between the two emerge.

Truth be told, The Pit’s design has changed significantly over the years to become a blend of the first two designs. The first Pit is literally just a sparse bridge that gained notoriety for the fact that you could perform a stage fatality and punch your opponent into a bed of spikes. That fatality is what cemented the stage’s legacy, but The Pit II was a vast improvement in visual design.

While The Pit II dropped the stage fatality aspect, it overhauled the aesthetics with some spikes, lanterns and the vital inclusion of a second bridge, which would see Blaze and Hornbuckle (look, fans named that character, they’re an unknown otherwise) duking it out in the background. The fatality might be seared into your memory, but this stage’s design became the iconic standard going forward. We’ll ignore Shao Kahn’s Pit in the third one, because it’s just not as good.

It’d take until Mortal Kombat 2011 for the developers to fully revisit The Pit, but there were hints throughout the games in between. Mortal Kombat Deception featured a Pit-like level which replaced the bridge with a square platform, due to MK’s perhaps ill-fated decision to go 3D. The level was also referenced heavily in Mortal Kombat Shaolin Monks, and it’s rumoured that the Meteor Storm stage in Armageddon is based on The Pit. It’s a stage that’s indelibly tied to the legacy of Mortal Kombat as fatalities, friendships and fiesty ninjas.

The stage made a full return in 2011, fusing together the form and function of the first two versions of the Pit to create a visual masterpiece that’s endured for the past decade. Not only could you punch enemies into a spike pit for endless fun, the stage itself felt like a brilliant fusion of the iconic stages that came before it. Mortal Kombat X would revisit the stage as a free update post-launch, upping the spooky vibe to a massive degree. There’s even a volcano exploding in the background, if you needed more stuff going on..

The visuals alone are enough to talk about, but the stage is also home to the cheeky humour that Mortal Kombat has become synonymous with over the years. The different shadows that fly across the moon, like a witch and Santa Claus, all raise a chuckle the first time you notice them, yet they’re also important to unlocking various secret fights and other easter eggs. Mortal Kombat and hidden goodies go together like Scorpion’s kunai in someone’s chest, and The Pit is typically at the center of all of it.

Unfortunately, Mortal Kombat 11 didn’t use The Pit as a stage, though the Aftermath update did revive classic stages like Soul Chamber and Dead Pools, but you can still find The Pit in The Krypt as part of Shang Tsung’s island. With Mortal Kombat 12 practically an inevitability by this point, let’s hope that The Pit plays a role there too.

READ NEXT: 5 Best PS5 Fighting Games You Should Play