10 Best DOOM Clones of All Time 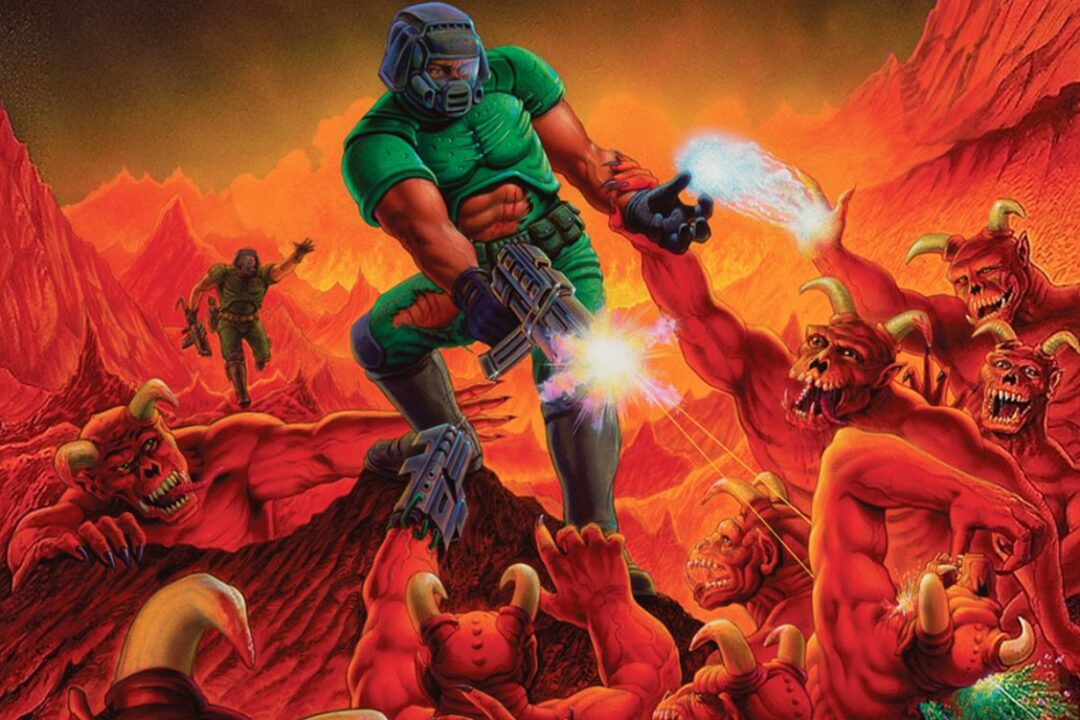 In 1993, a trio of designers from id Software descended into the depths of hell with DOOM, a successor to the sometimes forgotten Wolfenstein 3D. Though the World War II shooter came first, John Romero, Tom Hall, and Sandy Petersen changed the course of gaming with the introduction of Doomguy and a demonic horde. On its initial release on December 10, DOOM attracted upwards of 10,000 players. Within two years, the game had spread to more computers than Microsoft’s Windows 95 operating system, with “DOOM clones” not far behind.

Considering the wild success of the first DOOM, it’s no wonder the franchise has gone on to not only spur sequels and reboots – including the latest entry, DOOM Eternal – but also spawn a number of DOOM clones. These games differ from typical first-person shooters that released post-Doom in that they pull heavily from the legendary title, sometimes even blatantly emulating id Software’s formula.

Since DOOM rose to success, the following games have served as reminders of just how influential the forces of hell have been on the first-person shooter genre.

Post-1993 was a difficult time for first-person shooters. No matter what you did, you automatically risked being compared to id Software’s DOOM. For Rise of the Triad, it was even more inevitable as the game was developed by Tom Hall, one of the original designers of DOOM.

Hall clearly pulled from his time designing DOOM when he tackled this pseudo-sequel to Wolfenstein 3D. Originally intended to be part of the Nazi-slaying timeline, Rise of the Triad wound up being its own entity and more closely related to DOOM in terms of playstyle, mechanics, and appearance.

The game received a considerable upgrade in 2013 when Apogee Software revamped the visuals, stepped even further away from DOOM, and turned it into a modern first-person shooter.

Sending players to the Egyptian city of Karnak, PowerSlave was steeped in Egyptian lore, which helped give it a unique look as the metallic structures of the Mars research facility were replaced with the stone walls of Ancient Egypt. Players utilize conventional weapons and some magic of the Egyptians to thwart an alien threat across 20 levels.

PowerSlave is an often-forgotten first-person shooter, but Nightdive Studios returned 28 years later with an upgraded port with PowerSlave Exhumed. Improved visuals helped breathe some life back into the game, though it still feels and plays like an Egyptian take on DOOM.

There aren’t a ton of first-person Star Wars titles out there, which is a shame. Released in 1995, Dark Forces proved that the formula works – especially if you base it on a pre-existing success. Dark Forces is exactly the equation: Star Wars + DOOM. Of course, the HUD is quite a bit different, and the foes change from deadly demons to Stormtroopers and other villains of the Star Wars universe, including Boba Fett.

Dark Forces kicks off the Jedi Knight series as players take control of Kyle Katarn, a former Imperial officer who defects from the Empire. Now, as a mercenary-for-hire, he offers his skills as a marksman, frequently working with the Rebel Alliance parallel the original trilogy.

Though the series evolved quite a bit from Dark Forces, later titles still kept an option for first-person mechanics for those that like more of an older-school feel.

With the constant up and down of video games based on Ridley Scott’s Alien franchise, it’s understandable to question just how good Alien Trilogy could have been. But the game benefits from one very distinct truth – the development team was clever enough to imitate an already successful game.

As Ellen Ripley, players navigate through loose interpretations of the first three Alien movies. Really, it’s just Aliens the video game as it takes place on LV426, but we’ll overlook the creative license taken to recreate the trilogy in a playable first-person shooter format.

For how enjoyable the game was, we have DOOM to thank. Not that the game was built upon the DOOM engine, but it very clearly took inspiration from the demon-filled Mars installation for its overall design.

In terms of the best FPS games of the 1990s, it may come as a surprise that a game titled Redneck Rampage could find itself on that list. Quirky and slightly demented, Xantrix Entertainment’s foray into rural America doesn’t seem like the kind of game that would earn much hype. However, slapping a “hillbilly” facade on DOOM’s formula wound up creating a game that players still jump into today.

The visual similarities between Redneck Rampage and DOOM are abundant, to the point where the 1997 shooter could be confused as a mod using id Software’s id Tech 1 engine. But the crass ET-shooting romp offers just enough to separate itself while delivering that iconic DOOM-style gameplay, just with freelook.

In December 1993, Bethesda Softworks released The Terminator: Rampage, which could very well be a clone of Wolfenstein 3D. Two years later, the developer looked to Wolfentstein’s follow-up as inspiration for Future Shock. Though definitely inspired by DOOM during the development of Terminator: Future Shock, Bethesda also decided to build upon the model and design of the iconic title.

Future Shock is notable for improving upon the textures of the FPS genre, introducing fully texture-mapped 3D environments. It’s also said to be the game that pioneered free-look, a feature that didn’t officially hit the DOOM series until 2003’s DOOM 3 (though source ports did add the feature long before the third entry).

Future Shock pits players against Skynet’s army of robots across a post-apocalyptic landscape. Its positive reception led to a visually-improved sequel a year later and is ranked among the best Terminator games.

When you have something that works, you can either repeat it ad nauseam with sequels or try to branch out and create a fresher experience. In 1994, almost exactly one year from DOOM’s release and two months from DOOM II’s launch, id Software utilized Raven Software to develop Heretic, arguably the first official DOOM clone. And it’s about as close to a clone as one gets as it was developed on a modified version of the DOOM engine.

Heretic swaps out firearms for magic and replaces demons with, well, different demons. The game expands upon DOOM’s offerings with inventory items and interactive environments, though the core gameplay of its inspiration is still very evident. Heretic went on to spawn an indirect sequel, Hexen, and a direct sequel, Heretic II, the latter of which went the route of Duke Nukem’s spin-offs to favor third-person.

With a name like Blood, you know you’re in for a good time. Tack on a resemblance to a very popular game from 1993, quirky weapons like a pitchfork and dynamite, and plenty of the game’s namesake liquid, and you have yourself revisiting something time and time again.

Monolith Productions knew exactly what it was doing when it expanded upon the DOOM model. The addition of secondary attacks offered more versatility to the gunplay as players could unleash hell on the many enemies of protagonist Caleb.

The similarities between Blood and DOOM are difficult to ignore, which is why a mod for the DOOM engine was made combining elements of Monolith’s FPS and DOOM II. Blood may not have the name power of DOOM, but it has certainly earned its place in the annals of first-person shooter history.

3D Realms really liked what DOOM had to offer, which is why, one year after launching Duke Nukem 3D, it returned with Shadow Warrior. Though built on the same engine used for Duke Nukem, the parallels between Shadow Warrior and DOOM are still definitely there.

Rather than play as a loud-mouthed meathead or a silent marine, players jump into futuristic Japan as a sword-wielding enforcer. By this point in the early-FPS timeline, games were starting to feel a little less like DOOM, and in Shadow Warrior, you can see that 3D Realms didn’t want to make just another DOOM clone.

Some elements do give Shadow Warrior more uniqueness than a simple DOOM clone. However, the blueprints definitely stem from id Software’s demonic invasion of Mars, and the game has seen a few modern versions too.

Before the series took a turn for the worse and became an unfunny joke, Duke Nukem was actually fairly respected. Sure, it was morally gross, misogynistic, and controversial, but it took a formula that worked and put a spin on it. Duke Nukem wears its DOOM inspiration proudly, with a soundtrack and ambient sounds reminiscent of our trip to hell.

In case you weren’t aware, Duke Nukem actually started as a side-scrolling platformer. It wasn’t until the release of DOOM that the series found a proper home and its means of advancing beyond the simplistic 2D multi-directional scroller.

Unfortunately, Duke Nukem 3D also marked the last excellent main installment in the series. Spin-offs like Time to Kill and Zero Hour doubled down on the series’ crude tone but moved away from first-person shooters into third-person territory.

READ NEXT: The Best Switch FPS Games You Should Play