10 Best Terminator Games of All Time

I need your clothes, your boots, and your video games. 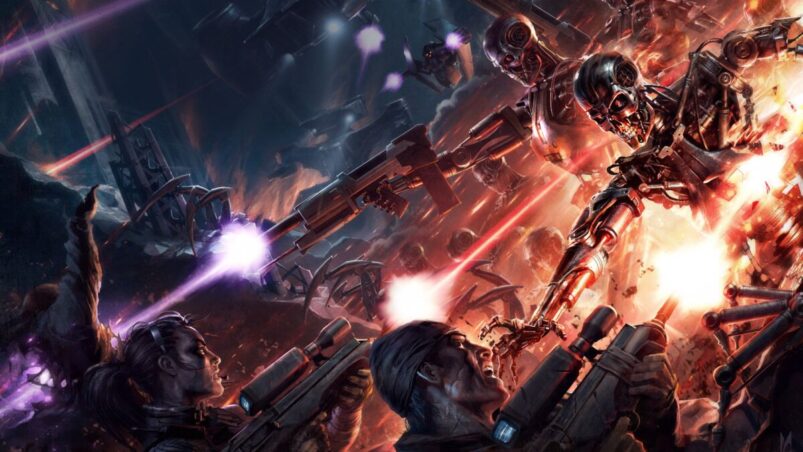 The skin-suited robot with the world’s most incomprehensible Austrian accent, The Terminator has had somewhat of a tumultuous time at the box office over the past few years. Actually, make that two decades, given that it’s been that long since Terminator 3: Rise of The Machines. Skynet’s most iconic agent hasn’t fared much better in video games either, but that’s not to say there hasn’t been a few hits in there. However, what’s the best Terminator game ever made?

It’s not unreasonable to admit that some Terminator games have been real clangers, but there’s gold out there amongst the franchise’s various gaming appearances. The trick is knowing which is which, just like how the humans of the resistance had to figure out which people were murderbots or not. Here’s the best Terminator games that are better than Judgment Day. The concept, we mean. Not the film.

If you have at least a passing knowledge of Terminator video games, the inclusion of Terminator: Salvation on this list might seem surprising. In fairness, it’s definitely not the best game ever made. Far from it, in fact. Like most movie tie-in games, Salvation suffers from just being a weak imitation of the film it’s related to, and when that film is Terminator: Salvation, it’s not looking good from the jump.

Despite that, Salvation has some worth as it’s a relatively short but decently fun third person shooter that follows John Connor as he tries to survive in a world post-Judgment Day. Again, it’s not the best cover-based shooter ever made, but there’s fun to be had in short bursts, it was an easy 1000 gamerscore for Xbox 360 players (or an easy Platinum for PS3 players), and the music wasn’t too bad either.

Of all movie franchises that could translate well into gaming, turning The Terminator into a series of light gun arcade games seems like the right move. Either you can play as a Terminator, a slow moving hulking death machine, or you can play as the humans mowing down legions of robots in an attempt to preserve the last vestiges of humanity. Both lend themselves well to the pageantry that comes with a light gun arcade machine.

Terminator: Salvation – The Arcade Game understands this perfectly. Players control John Connor as he tries to take on two missions, destroy a secret Skynet lab where the robotic forces are running experiments on humanity, or escort refugees to a safehouse before taking down Skynet itself.

With four chapters each across the two missions, you’ve got plenty of Terminator blasting action to enjoy.

During the 80s and 90s, it wasn’t uncommon to see the latest action movie or franchise be unceremoniously adapted into a rote platforming game of some kind, and The Terminator didn’t manage to escape this fate. However, that doesn’t mean there wasn’t value to be found with those games, as The Terminator tie-in for the SEGA CD proved back in 1993. While some were playing Sonic CD, others were blasting robot scum left and right.

The Terminator for SEGA CD put players in the shoes of Kyle Reese across 10 levels, the first four of which were dedicated to Kyle in the future of 2029, dealing with hordes of killer robots. After that, Kyle travels to the past in order to rescue Sarah Connor from a potential death at the hands of The Terminator.

No pressure or anything, but it’s only the fate of the entire human race at stake.

Before becoming known for their work on the likes of The Elder Scrolls and other popular games, Bethesda were in the business of creating Terminator tie-ins for DOS.

Rampage is actually the third game in Bethesda’s little series of Terminator games, but the first two were either just a straight adaptation of the original movie, or were focused on a human soldier taking down Skynet in the future. Rampage, if nothing else, was something new.

Before its impending defeat, Skynet sends a computer core known as the Meta-Node back into the 1980s to infiltrate a Cyberdyne facility in order to manufacture an army of Terminators. John Connor sends you back to 1988 to destroy the threat once and for all, meaning you’ll be sweeping through over 30 floors of robots to get the job done. It’s a great contender for one of the best Terminator games ever made. 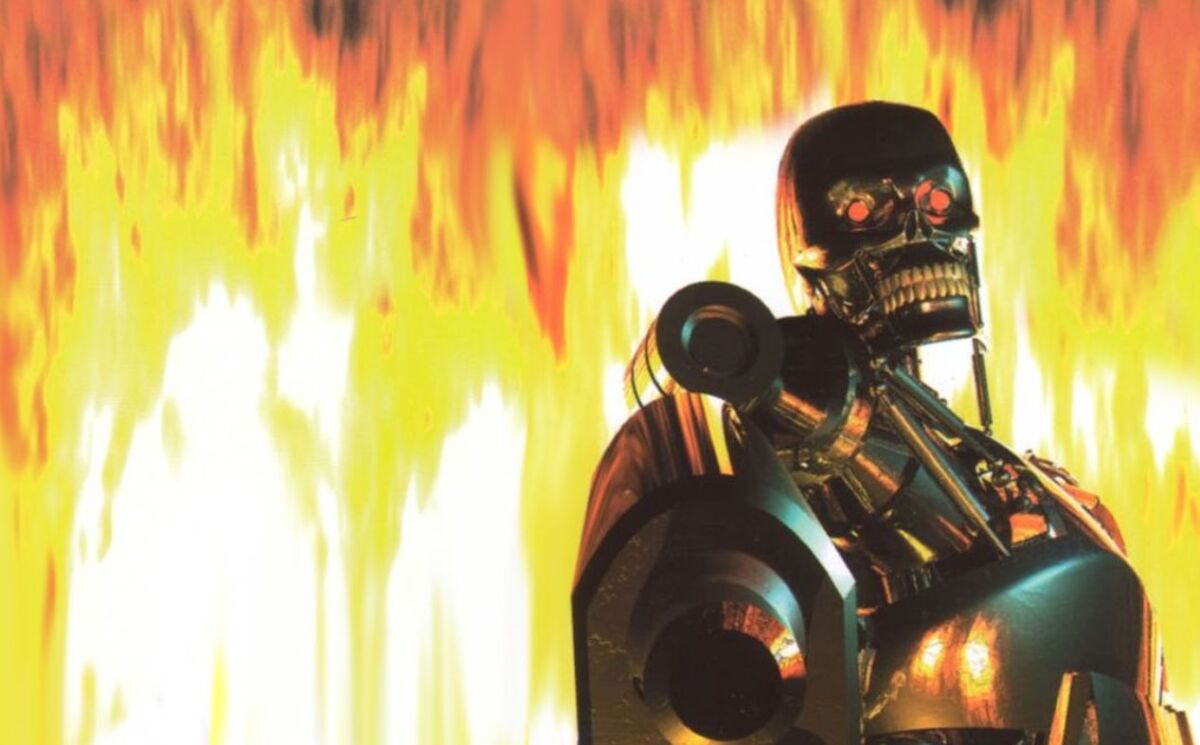 This isn’t the first Bethesda Terminator game on this list, and it’s not the last. In fact, Skynet was designed to be an expansion pack for that next game, which we’ll get to later. However, Bethesda made the decision to add some more content to that planned expansion before adapting it into a fully-fledged game. While it might not be as memorable as what came before, the results are still worthy of a lot of merit.

As you’d expect, Skynet comes with a single-player campaign where you control a member of the Resistance trying to turn the tide in the war between the humans and the robots. However, the real golden feature in Skynet is the introduction of multiplayer, allowing players to compete across a host of maps.

Considering you can traverse the game either on-foot, via jeep or in the air in a Hunter Killer, there’s a lot of variety on offer here.

It’s fair to say that Terminator 3: Rise of the Machines wasn’t a great film, and the tie-in game of the same name was also similarly ridiculed. However, one game that did escape the lion’s share of scorn is Terminator 3: The Redemption, which is based on the film but adds a host of new levels and backstory to the package. It’s not quite the level of Rockstar’s The Warriors for adding new backstory, but it’s something.

The game starts in the future, with the film’s T-850 being reprogrammed and fighting their way through Skynet to make their way to the past to protect John Connor and Katherine Brewster from the T-X.

Between the on-foot, rail shooter and driving levels, The Redemption has all the trappings of a decent action game, and there’s even a two-player co-op mode too.

Another on-rails light gun shooter found in arcades, Terminator 2: The Arcade Game follows a similar path to most franchise tie-ins.

You control the iconic T-800 as they blast their way through the future to take down Skynet, before heading back to the past to make sure Skynet never becomes an issue in the first place. While only three levels are spent on the actual plot of the film, it’s a pretty faithful recreation that adds some new wrinkles too.

The arcade game features many of the iconic actors returning for some digitised cutscenes, which were a marvel at the time. Meanwhile, the game featured two different endings depending on whether or not you fully trashed the Cyberdyne offices like in the film. If Cyberdyne is fully destroyed, you’ll have prevented Judgment Day once and for all, but if just a shred remains, Judgment Day still remains a possibility.

An earlier Bethesda Terminator game, Future Shock was the predecessor to Skynet, which added the multiplayer feature that Future Shock sorely lacked. However, Future Shock’s legacy in the world of first person shooters is undeniably, having been one of the first games to feature fully 3D mouselook controls by default, predating even Quake. It might not be as popular, but that kind of influence is undeniable.

As a lowly Resistance fighter, you’ll encounter both John Connor and Kyle Reese in your efforts to thwart Skynet. However, Skynet itself seems to have received an intelligence upgrade of sorts, mastering the art of time displacement and using their future knowledge to send forces to strategic points in the Resistance’s campaign.

Time quite literally isn’t on humanity’s side, and it’s running out.

2. RoboCop Vs The Terminator 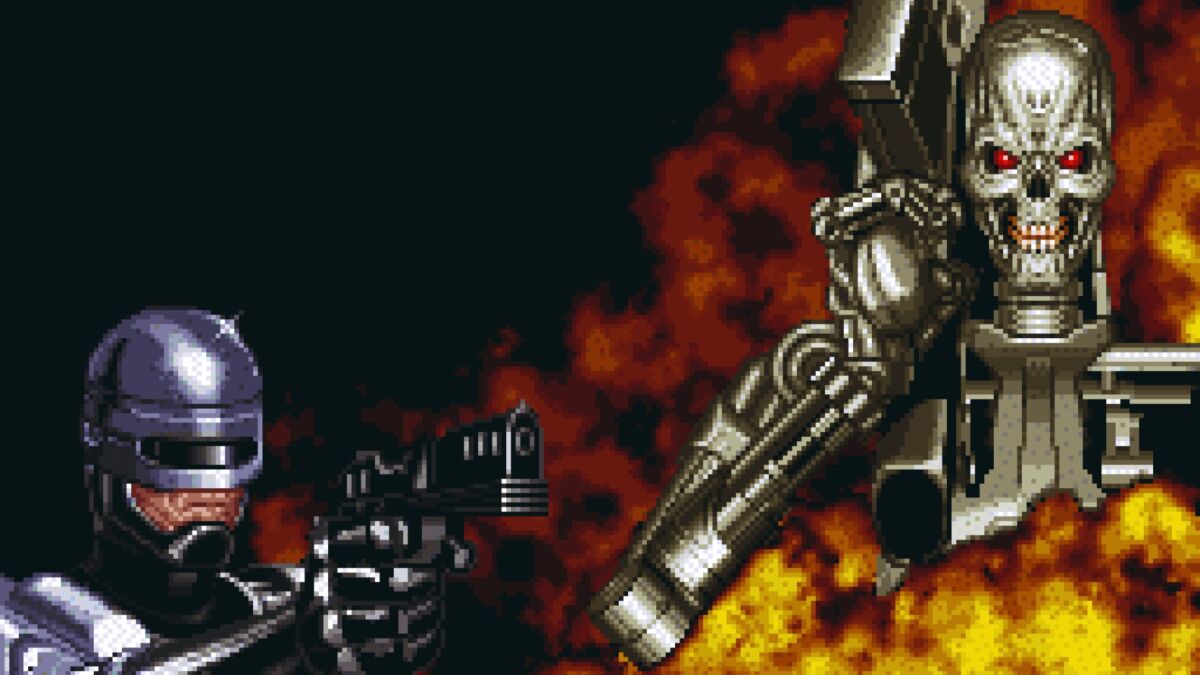 Utter fools might say that Avengers is the biggest crossover event of all time, but they’d be wrong. The biggest is clearly the four issue mini-series of comic books that saw RoboCop do battle with The Terminator, which was delivered with the same gusto as other comic book crossovers like Predator versus Batman, or Ash from The Evil Dead in Marvel Zombies. Not content with conquering comics though, OCP and Skynet also made their way to video games.

While there’s two different versions of RoboCop Vs The Terminator out there for the Mega Drive/Genesis and the SNES (a NES version was finished but never shipped), the core premise remains the same: Skynet is created using some kind of RoboCop technology, and Detroit’s best android/cyborg is on a mission to take it down, fighting an army of Terminators along the way. It’s not the best platformer ever made, but it is peak 90s goofiness, and that’s great.

Still, if you’d rather some modern Robocop Vs The Terminator, buy Mortal Kombat 11: Ultimate. 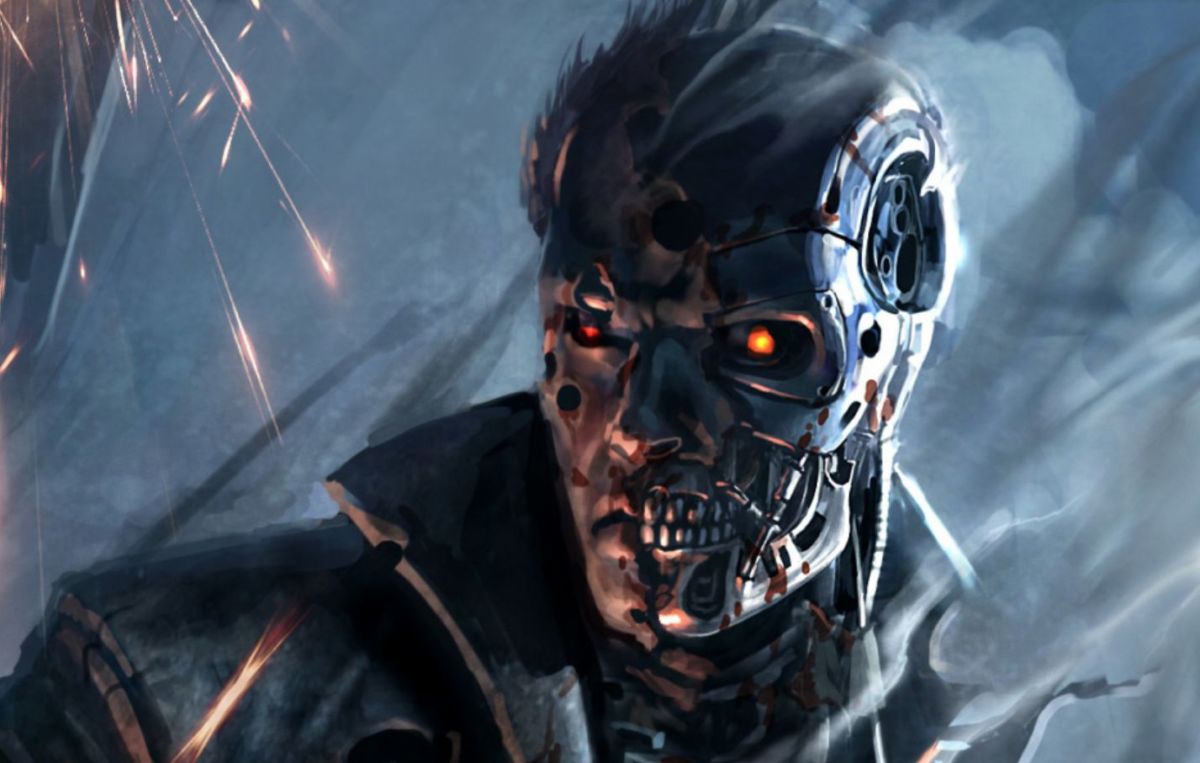 A Terminator game set post-nuclear war doesn’t sound like a good unique selling point, given the rest of the games on this list, but with the shaky ground that the current film canon is on, having a game simply focus on the timeline up to the start of Terminator 1 & 2 is refreshing to say the least. This is why Resistance should be considered the best Terminator game ever made, opting to focus on the elements of the series that worked while delivering a competent FPS on a shoestring budget.

Playing as new character Jacob Rivers in 2028, you must deal with the first wave of T-800 Infiltrators designed to tear human settlements apart from the inside. Along the way, Jacob is aided by a mysterious stranger, adding a huge level of intrigue to the game’s story. Of course, if being a human isn’t your bag, a free update added an Infiltrator Mode in which you play as a T-800 tasked with assassinating a high ranked Resistance commander.

Is Resistance a world beating shooter? No, but it’s one of the biggest labours of love to a globally recognised franchise, and that’s worth celebrating as the best Terminator game ever made.

READ NEXT: 15 Best Aliens Games of All Time