8 Royal Reads For Fans Of Netflix’s The Crown

Excited for the next season of The Crown? These royal reads should tide you over. 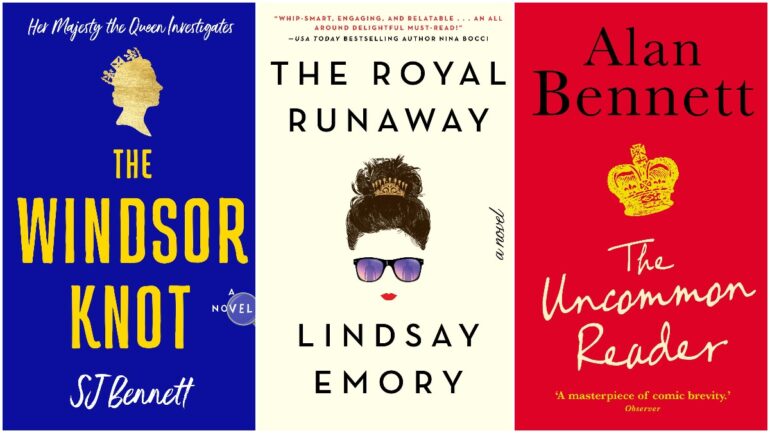 8 Royal Reads for Fans of The Crown

There’s not long now until the next season of The Crown (finally) hits Netflix. Season four will debut on the streaming service almost a year after the last series — and, from the looks of things so far, fans are in for a real treat.

But if you can’t wait until then to get your royal fix, here are 8 books to read while you wait.

1.  The Royal Runaway by Lindsay Emory

A royally glamorous adventure — filled with mystery and intrigue — that is the perfect bit of escapism for this year.

Princess Theodora Isabella Victoria of Drieden of the Royal House of Laurent is beyond over this whole princess thing. After her fiancé jilted her at the alter, she’s back home, having spent four months in exile. Which also means that it’s back to putting on a show for the Driedish nation as the perfect princess they expect her to be.

But Thea’s sick of duty, so she sneaks out of the palace. At a local bar, she meets a Scot named Nick and she relishes the chance to be a normal woman for a change.

And just as she thinks she’s found her Prince Charming, he reveals his intentions are less than honourable: he’s a spy and he’s not above blackmail. As they join forces to find out what happened the day her fiancé disappeared, together they discover a secret that could change life as they know it.

2. One Dark Throne by Kendare Blake

The story of a royal family mixed with mystery, intrigue and just a bit of magic — what more could you want from a book?

The three sisters’ fight for the crown continues, and now all bets are off. Katharine, once the weaker sister, is stronger than she ever was before. After finding out the truth about her powers, Arsinoe must figure out how to make her secret talent work in her favour without anyone finding out.

And Mirabella, once thought to be the strongest sister of all and the one certain Queen Crowned, finds herself facing attacks like never before – ones that put those around her in danger that she can’t seem to prevent.

3. My Last Duchess by Daisy Goodwin

This is an unforgettable love story that is perfect for fans of Victoria, Downton Abbey and The Crown.

Cora Cash’s coming-out ball has promised to be the most extravagant of the 1890s, a fitting debut for New York’s ‘princess’. Yet her fortune cannot buy her the one thing she craves most — the ability and the freedom to choose her own destiny.

Cora’s mother has her heart on a title for her daughter in England — where they are bound, to find Cora a husband.

But when Cora loses her heart to a man she barely knows, she soon realises that she is playing a game she does not fully understand — and that her future happiness is the ultimate prize.

4. The Windsor Knot by S.J. Bennett

If you’re looking for a whodunnit with a royal twist, then this is the perfect book for you — especially since the super sleuth is none other than Queen Elizabeth herself.

It’s the morning after a dinner party at Windsor Castle, and Queen Elizabeth is stunned when she finds out one of the guests has been found murdered in his room. He was discovered with a rope around his neck.

The police start to investigate her loyal servants, but the Queen knows they’re looking in the wrong place — and that’s because, ever since her coronation, she’s been living an extraordinary double life. Away from the public eye, she has a brilliant knack for solving crimes. With the happiness of her household on the line, she needs to make sure that her secret doesn’t get out. But can she and her trusted secretary Rozie catch the killer, without getting caught themselves?

5. The Uncommon Reader by Alan Bennett

A hilarious and heartfelt novella about — as the name would suggest — reading, and how literature has the power to change the life of even the most uncommon reader.

It all begins one day when the Queen, in pursuit of her wandering corgis, stumbles across a mobile library parked at Buckingham Palace. And she feels duty-bound to borrow a book.

With the help of Norman, a young man from the palace kitchen who frequents the library, the Queen is transformed as she discovers the liberating pleasures of the written word.

6. The Royal We by Heather Cocks & Jessica Morgan

An unassuming American meets the future king of England in this unforgettable modern romance.

Rebecca Porter was never really big on fairy tales. Where her twin sister fantasised about romance, glamour, fame and fortune, Bex has always been a tomboy. When she spends a year at Oxford, and finds herself living down the hall from Prince Nicholas, she is the only girl not interested in dating the future king. At first.

But, eventually, she can’t resist — and falls head-over-heels for Nick. As their friendship turns into more, Bex finds herself immersed in ritzy society, dazzling ski trips, and dinners at Kensington Palace – a world away from her humble upbringing.

However, the relationship also comes with baggage that she never anticipated: hysterical tabloids, Nick’s sparkling ex-girlfriends, and a family whose private life is much thornier and more tragic than anyone on the outside knows. And as the the pressures start to bubble, Bex struggles to reconcile the man she loves with the monarch he’s fated to become.

A delightfully witty look into what would happen if the Queen went on a ‘walk about’ — without telling any of her attendants. Or anyone else, really.

After decades of service and years of watching her family’s troubles splashed across the tabloids, the Queen is beginning to feel her age. But then, an unexpected opportunity offers her relief: an impromptu visit to a place that holds happy memories — the former royal yacht, Britannia, now moored near Edinburgh.

Hidden beneath a skull-emblazoned hoodie, the limber Elizabeth walks out of Buckingham Palace and heads for King’s Cross to catch a train to Scotland. But a colourful cast of royal attendants has discovered her missing.

In an uneasy alliance a lady-in-waiting, a butler, an equerry, a girl from the stables, a dresser, and a clerk from the shop that supplies Her Majesty’s cheese set out to bring her back before her absence becomes a national scandal.

This modern day royal romance is the story of the most famous family in the world — just not the one that you may have expected. The Washingtons have ruled America for nearly 250 years, and this novel serves as the perfect introduction into their world — as well as the series.

The Washingtons are gorgeous, fiercely famous and the beating heart of the most glorious royal court in the world. But behind their picture-perfect public personas, glamorous ballrooms and extravagant gowns lie forbidden romances and scandalous secrets.

Four young women — Beatrice, Samantha, Nina and Daphne — will navigate gossip, drama, and the eyes of the world upon them. There’s everything to play for — but there can only be one queen.