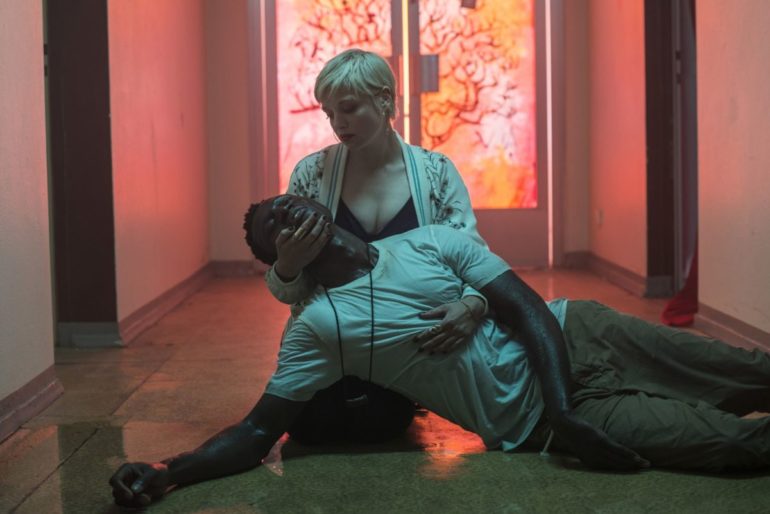 Franz Biperkopf becomes Francis (Welket Bungué), a refugee from Guinea-Bissau, who, upon washing up on the shores of Europe, promises himself to be good. Unable to get a real job because he doesn’t have a residence permit, Francis works illegally on a construction site. Nonetheless, when he is blamed for an accident that lands a fellow worker in the hospital, Francis finds himself adrift. So when the Mephistopheles-like Rienhold (Albrecht Schuch) offers him the opportunity to work on his drug-dealing enterprise, Francis finds his offer hard to refuse.

The drug-dealing aspect of the movie is based on truth: many undocumented Africans in Berlin deal drugs in parks as they cannot find any other work. Berlin Alexanderplatz also displays the difficulties black Germans face too when Francis meets the kindly Eva (Annabelle Mandeng), a club-owner who says that although her voice is “white” she will always be judged as “black”. The Afghanistan-German Qurbani deserves a lot of credit here for the way he gives voice to mostly unheard people in the country.

Few of these settings — including neon-lit brothels, 24/7 smoking bars and Weimar Germany-inspired techno clubs — are actually exaggerated, Berlin Alexanderplatz simply revealing the German capital’s biggest excesses. It follows the heels of Berlin-as-hell television shows such as Dogs of Berlin and Four Blocks, which examine the more criminal aspects of districts such as Neukölln and Marzahn, usually focusing on Arab, Turkish or Balkan communities.

This complex backdrop is used to explore Francis’ inner state. Bungué is brilliant, expertly capturing Francis’ inner struggle between being good or giving in to evil. Oscar Wilde’s famous maxim that “the only way to get rid of a temptation is to yield to it” seems to apply here. No matter how hard he tries, Francis cannot seem to leave drug-dealing for good.

It’s hard to blame him, given the seductiveness of Albrecht Schuch’s Reinhold, played with a mix of soft-spoken menace and wounded vulnerability. There is a strong undercurrent of homoeroticism in their relationship, Reinhold fascinated with the women Francis sleeps with, giving the film a fascinating gay undertone.

The weighty length of the film, as well as the memorable dialogue taken straight from the original novel, gives these characters uncommon depth. They are compelling and sympathetic, even when they do bad things. They are definitely far easier to relate to than the protagonists of Rainer Werner Fassbinder’s fifteen-and-a-half hour TV version: dynamic and muscular where Fassbinder’s actors were intentionally stagey and slow. This is likely to be a hit in Germany: let’s hope it gets picked up across the rest of Europe too. 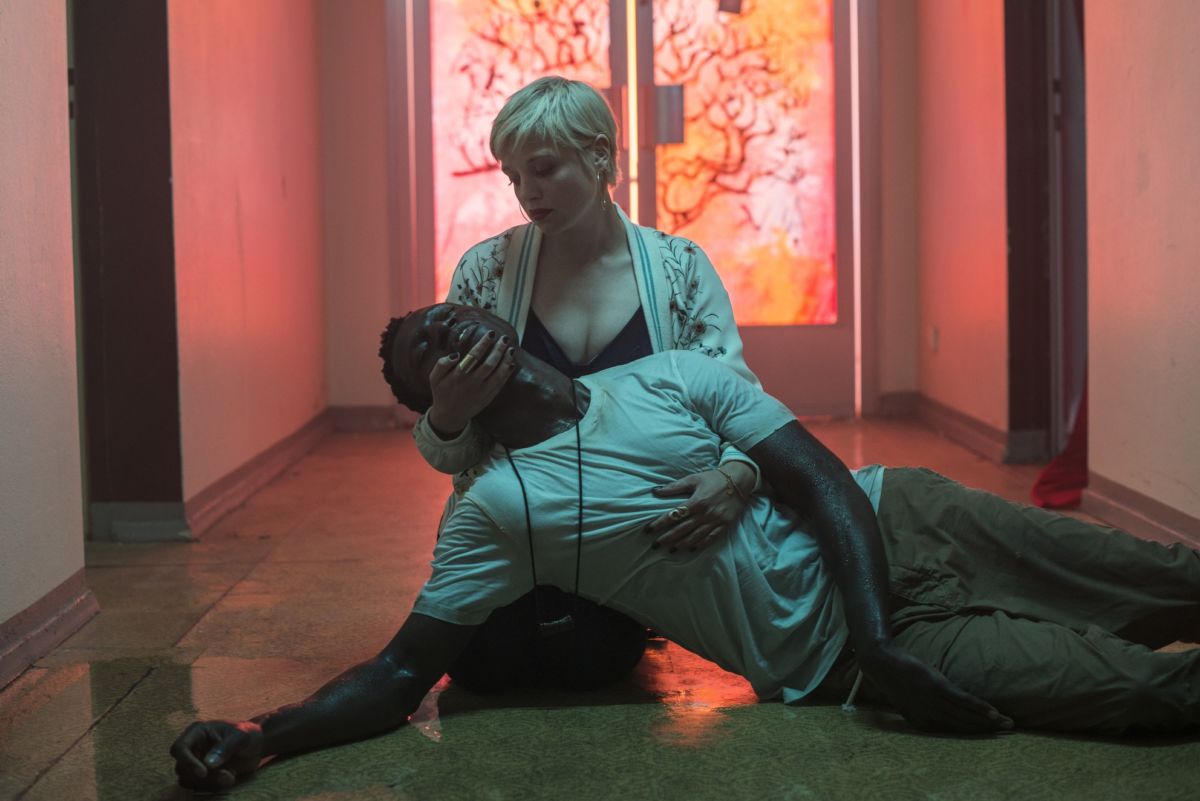 Verdict
Burhan Qurbani's Berlin Alexanderplatz breathes fresh air into the classic tale with his diverse, topically relevant remake.
8
Cultured Vultures is a pop culture website established in 2013 covering all things gaming, movies, and more. We eat your words.
All The News On The Biggest Games