Brian's off on a space adventure. Let's see where it leads. 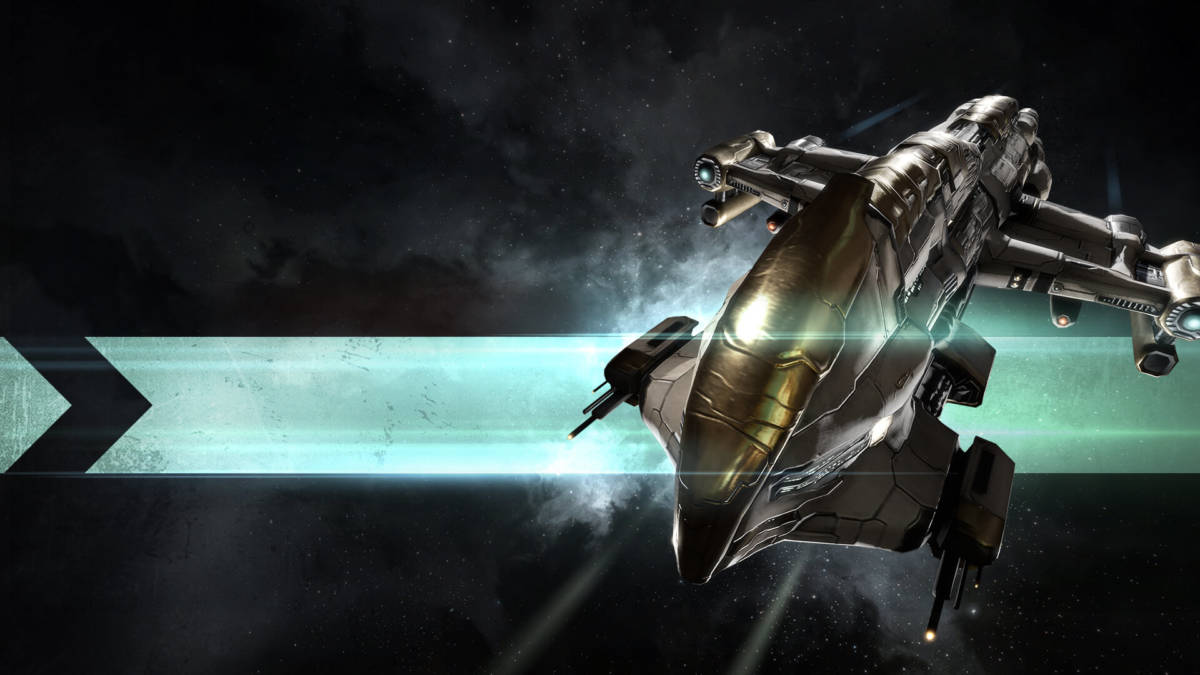 MMOs have a longevity to them that most games can’t handle due to the community built around them. Games like World of Warcraft continue to evolve for literal decades after initial release due to the interactions among players that keep the world feeling fresh. However, this also comes with a major downside for new players, as that community can feel impenetrable after a period of time. One such game, EVE Online, has had a lengthy history of wild wars and economic meltdowns due to its player base, but I never thought I could actually participate since so much time and effort was needed to figure out how that game actually worked.

Luckily, I was recently given a chance to check out the storied game of EVE Online with the help of the actual development team behind the game, CCP Games. EVE is a notoriously difficult game for new players, but with such a valuable resource behind me, I finally had my chance to see what all the commotion was about. I knew it would still be a long road, but at least I would have insight and veteran players to guide me along.

EVE Online is a space-based sandbox MMORPG where you play the role of a ship in a universe of ships. Technically, you’re a clone driving the ships, but that’s all backstory. Anyways, EVE more or less allows you to do whatever you’d like in order to make money, upgrade ships, buy bigger ships and generally establish a presence in this wide-open galaxy.

These activities range from mining asteroids to space pirating or even space freighting, if that’s how you feel like playing. People then form corporations, the EVE equivalent of clans, to pool resources and wage the fabled wars among the stars that the game has become famous for. However, the only way you’ll figure out what you’d actually enjoy in EVE is to just start playing, so I did exactly that.

On the first launch of EVE, you’re prompted to choose a faction and build a character. Speaking with PR and marketing specialist Páll Bjarnason, who also happens to have over a decade of EVE experience, I asked how much this early choice impacted gameplay. Apparently, not much: “Almost nothing at all. The factions and bloodlines, all that stuff. Basically your character creation is purely an aesthetic point of view. The only differences that I can actually think of (…) are that you’re going to start off with some very, very basic skills.

“As you can see, you’re flying an Amarr ship right now, and as you develop your skills and stuff like that, you’ll see that you kind of start with an Amarr-biased skill base, but effectively getting onto the same level as somebody who started as Caldari is going to take you a matter of hours of passive training.

“Besides that, the only noticeable difference is where in space you start. For example, you as an Amarr character start somewhere in the Amarr Empire, and geographically speaking that may or may not have some kind of difference. The short term may change a bit, but there are no long-term consequences.”

I went with my gut and chose the Amarr Empire, as their ships are round and shiny. Unfortunately, all of their characters are old, so now I’m flying around in a blinged-out space frigate with a geriatric pilot, but I’ll sacrifice age for the gold tapestry on my engines. Once complete, I was launched into the first of a hefty chain of tutorials.

You always know these tutorials are coming, but EVE Online is an older game, so there’s a lot more reading and a lot less hand-holding with some of these quest chains. Immediately, I could feel the unique handling of EVE Online when it comes to player interaction. Instead of directly controlling your character or ship, EVE has you input commands which are then carried out by the ship onscreen.

For example, instead of piloting the ship and aiming to shoot down a target, here you’ll right click the target, select Lock Target to have your guns align, and then click both guns to begin firing. If left unchecked, you’ll continuously fire while either standing still or moving in a direct line forward. So, at some point you’ll need to dictate a trajectory by clicking an object or location nearby and selecting whether you want to orbit, approach, or just keep it at a certain distance.

Nothing in EVE online involves direct interaction, aside from a couple small minigames to unlock cargo boxes. Mostly, you’re telling the ship what you want to do, and it will handle the finer details. This allows for EVE to have a vast world that’s easily navigable and accessible for a large number of players, but it also cuts down on player agency, as it becomes a game about working menus than learning controls and maneuvers.

I learned quickly that the learning curve is a steep slope to climb. Early on, I struggled to figure out how to use a probe launcher, which scans the area around your ship for hidden locations such as relic sites and gas clouds. After fiddling with the different menus, I managed to find the probe “net” that showed me the coverage space of my previously launched probes.

It then took me another few minutes to figure out I should hit a greyed-out button labelled “analyze” if I wanted to find those secret locations. It seems so obvious when I write it out, but decades of game experience has taught me that a grey button is unusable and certainly not the most important button within a menu. Still, it was the first time I felt the frustrations of those first hours with EVE.

Over time, you can passively upgrade your character, giving you benefits to the different actions in the game. Some skills are more essential than others, as these may dictate what equipment your ship can use effectively. For instance, you need to learn light drone control before you can equip the Hobgoblin to defend your mining vessel. However, you need to first buy a few skills in order to upgrade them. Finally, I thought, I have reason to go out there and just farm some cash. And what better way to farm some cash than mine the ores that keep the EVE economy running?

I set out in one of the beginner ships known as the Venture, a staple among beginning miners due to its hefty ore hold compared to other ships. This is simple, I thought. I’ll just start the mining and then watch some YouTube videos for a bit (mining can take 20 to 30 minutes early on). Little did I know, some small NPC bots troll around the asteroid belts looking for people who do just this. By the time I looked back after about 10 minutes, I was already wrecked.

Lucky for me, I had a second Venture already lined up in case something went wrong. This time, I thought, I’ll go a bit deeper into the danger zones so that I can pay attention and get more of a payday to recoup my losses from those silly bots. Looking back, this was obviously a dumb play, but I wanted all my money back, dammit!

Within a minute of turning on my lasers, some random player warped into my area, shot me twice, and took off without so much as a blink from me. I hadn’t even mined yet and I was already dead to someone for no apparent reason. Thus began my real start to EVE Online. The hard lessons were learned, and I knew I was going to need some perseverance to get past these trying times.

I returned to home base in my little capsule, and continued on my tutorial path. Mining clearly wasn’t as straightforward as I thought, so it became essential to try out some other career options. Not all was bleak, though. After figuring out the probe system, exploration feels quite fun. You find anomalies, kill the bad pirates, and then dig up what you can find from the relics in order to sell them at market. At least I’ll be equipped to fight back if someone tries to gank me.

Is it going to be a simple task to break into this universe? Doubtful, but at least there’s a variety of things that I’m looking forward to trying. EVE Online is all about finding what you enjoy inside the expansive universe of New Eden, and though my journey’s off to a rocky start, I know there’s a lot more to come as I find my money-making schemes.

READ MORE:  Why Is Six Days In Fallujah So Controversial?