It’s Such A Beautiful Day: Don Hertzfeldt and The One-Man Masterpiece 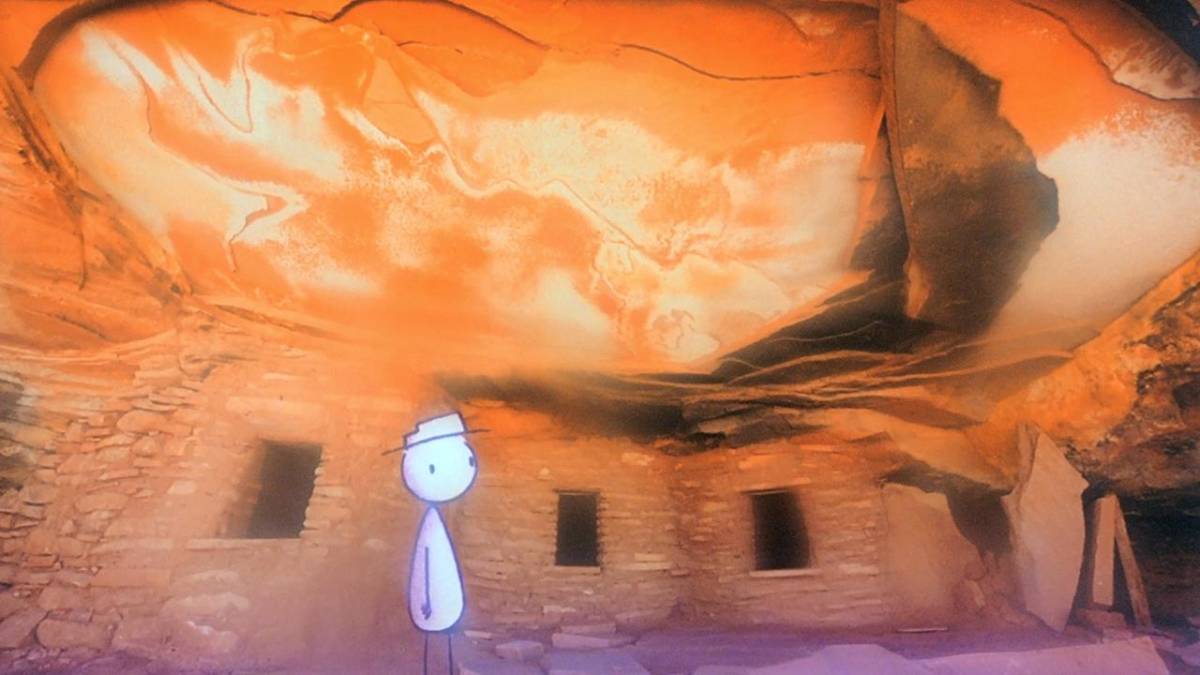 On Monday, a trailer was released for The Burden of Other People’s Thoughts, A follow-up to Don Hertzfeldt’s 2015 short The World of Tomorrow.

Apparently, the film has already had a few Oscar-qualifying screenings in the Los Angeles area. But, for us plebeians who don’t live in L.A., or get the chance to frequent festivals, we’ll have to wait until Netflix, Vimeo, or some other online distributer picks it up and plops it on their platform. Personally, I can hardly wait. Although, as a long-time fan of the less-than-prolific filmmaker, I’ve had a great deal of practice.

In the meantime, why not take a moment to look back on Hertzfeldt’s past work and influence? In particular, I want to look at the last time that Hertzfeldt tried something this ambitious, with 2012’s It’s Such a Beautiful Day, a film was written, animated and narrated entirely by Hertzfeldt himself. Making this, basically, a one-man movie. A near-impossible feat.

This would seem to be something that could only be done in animation, at least at this level, narratively. Hertzfeldt does have some forebears. Most notably, animator extraordinaire Bill Plympton wrote, produced and animated six –six!– full-length animated features. The quality of those films, however, is arguably far less consistent, and their rushed, corner-cutting production values are much more apparent. I love these films, but it’s clear that Plympton’s much better suited to the short film format.

However, where Plympton falters, Hertzfeldt flourishes, and It’s Such a Beautiful Day is an air-tight, imaginative masterpiece. Certainly his best work up to that point. Originally released in three parts in 2006, 2008, and 2011, the film runs just over an hour in total–which is short, sure, but it’s still movie-length, and boy, is it dense.

The film concerns Bill, a man who lives a rather boring, straight-laced life before developing a brain disease. Hertzfeldt uses his typically simple drawing style, and old-school practical film techniques to present Bill’s fractured mind. Throughout nearly all of the film, we are presented with several images simultaneously.

At first, this is used primarily as a vehicle for Hertzfeldt’s familiar brand of off-beat humor, showing just how ridiculous such a mundane life can be. But, over time, these split-screen images become a conduit for the film’s tragedy as well.   Not that it ever loses its humor. The movie walks the line between comedy and tragedy like no other film I’ve seen. With an inspired sense of morbid humor, Hertzfeldt makes us laugh, even as our heart breaks while we watch a man slowly die.

All this is to say that the film is really, really good. But that’s not all that’s significant about it. The fact that it’s the work of a solo artist is not only an impressive accomplishment, but that fact serves to enrich the film itself. It feels like a solitary effort. Bill is alone in his suffering, even when his family and friends support him. Apart from an important reconciliation towards the end of the film, Bill doesn’t even seem to have any ambition of closeness with other human beings. His ultimate goal is only continue his lonely life.

Throughout the entirety of the film, we are taken into Bill’s mind. His thoughts, desires and even his delusions create a universe unto themselves. No other character matters, really. To him, they are just passing figures.

I’ve watched the film several times now, and I can honestly say that I even enjoyed it more when watching it alone. This is rare, especially with a movie that is as funny and as moving as this one. Usually, you would want to share that kind of experience. But this film shows us that there is both poetry and meaning in its loneliness. In both format and in content Hertzfelt shows us the beauty–and sadness–of a single mind left alone with its thoughts.