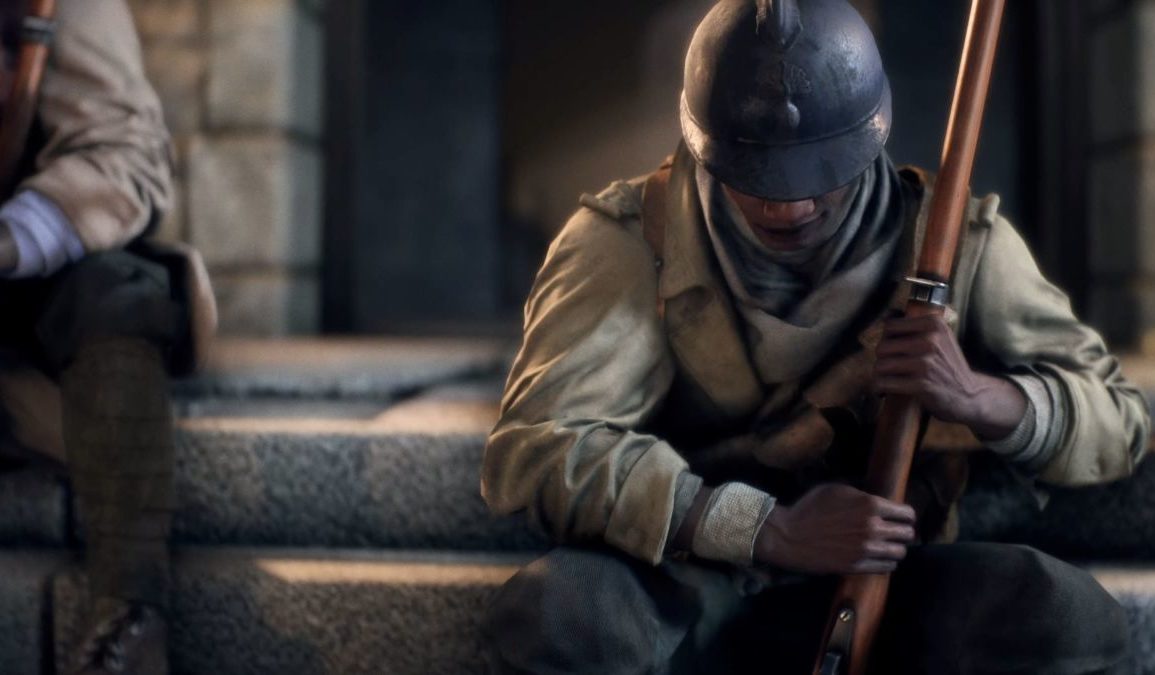 While Battlefield V's War Stories may technically have more meat on their bones, the heart just isn't there.

2016 was a great year for the single-player campaign in FPS games. Titanfall 2 won many plaudits (and rightly so) for its story of a man and his excellent robot, but Battlefield 1 also impressed with its War Stores, which, for my money, were the best part of the game. Five episodes set across the Great War, the campaign was short but sweet and featured memorable moments.

War Stories make their return for Battlefield V, which takes the action forwards to World War II. With arguably more material to work with and a far bigger scope, you’d expect DICE to be able to top what they’d previously achieved. In reality, they don’t even come close. In fact, they aren’t even finished. 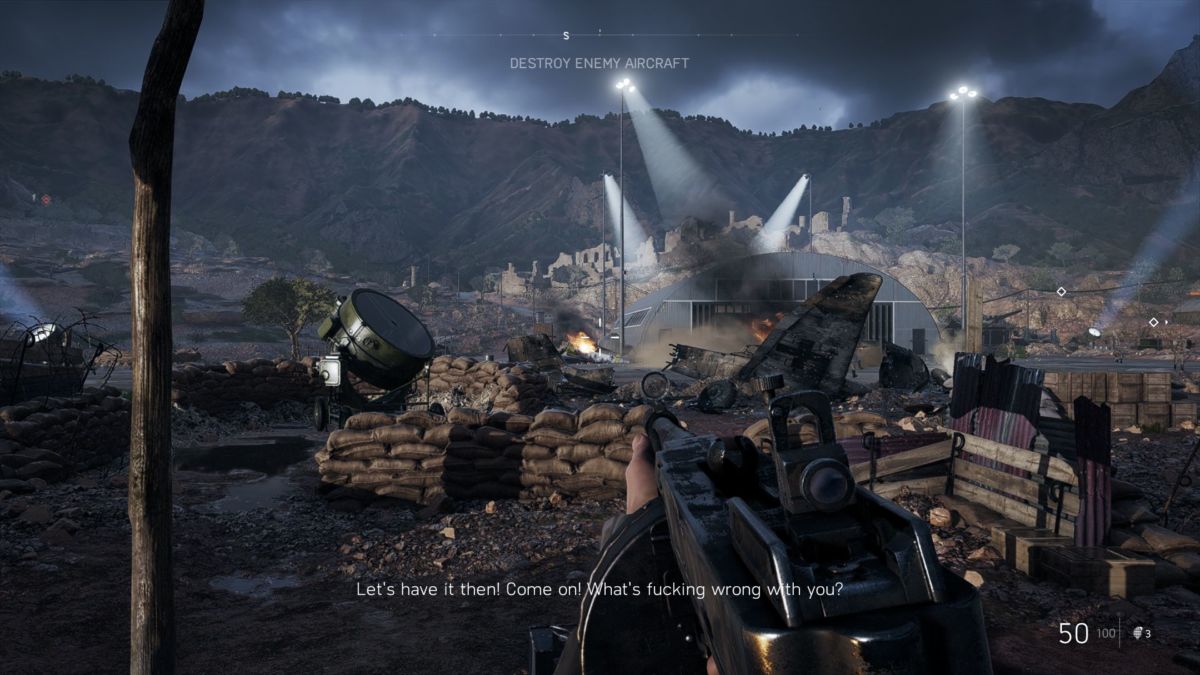 The first thing to note with Battlefield V’s War Stories is that there are three instead of five (four instead of six if we’re counting prologues) like in Battlefield 1; the 4th one, The Last Tiger, is set to launch on December 4th. While it’s true that they are all meatier than their Battlefield 1 counterparts and feature a more open approach, they don’t resonate in nearly the same way.

Under No Flag is the first War Story many will play, but it’s also the weakest. Set in North Africa, you play as a criminal who is drafted into a special task force to do the wet work others won’t. Playing as Billy Bridger, a character so quintessentially cockney that I couldn’t help but think of the teenage cast of Easterners, you butt heads with your CO in what is mainly a light-hearted sojourn that is ultimately dispensable. It shines a light on the British Army’s “nefarious” regiment, sure, but Billy himself is deeply unlikeable, complaining for half of the War Story’s playtime. 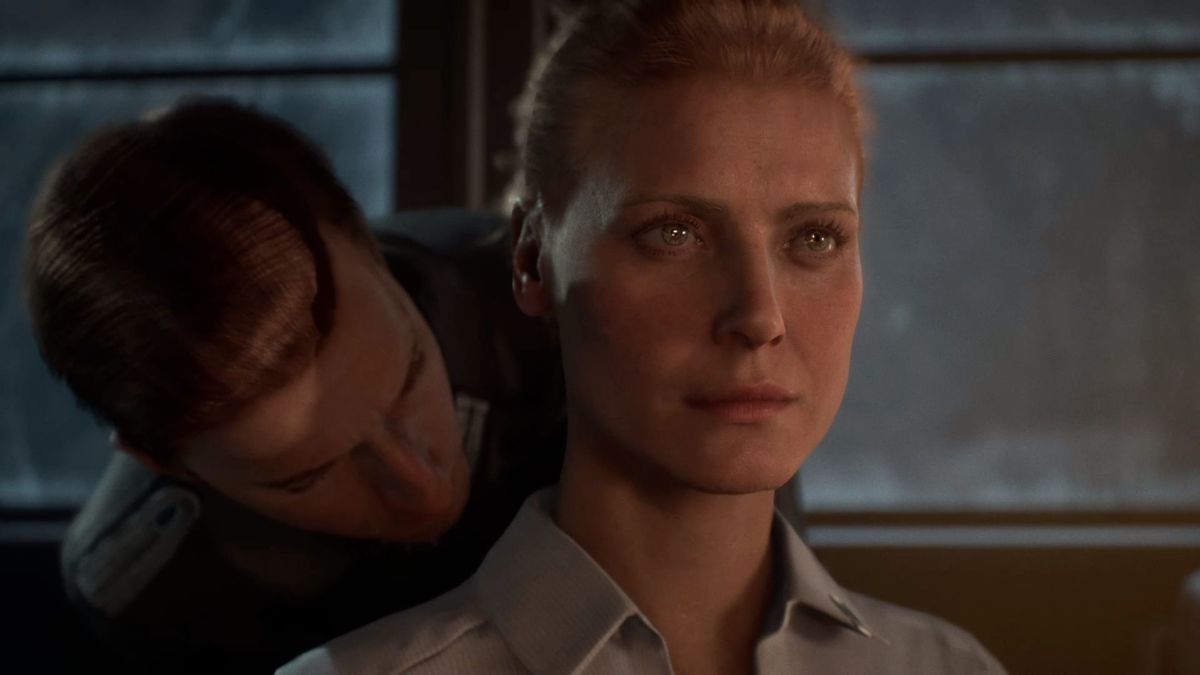 The eyes will next be drawn to Nordlys, which is supposed to have emotional impact but never divulges enough about its characters to make you fully care, as well as being guilty of its ending simply not landing as intended. Skiing around alps as a female Norwegian is admittedly pretty fun alongside the cold mechanics that are introduced for a short while, but Nordlys’ main failing is that it just doesn’t give itself enough time.

The third War Story, Tirailleur, is quite comfortably the pick of the bunch. A largely linear tale, you play as a Senegalese Tirailleur who was drafted from French West Africa to fight for people who don’t respect or appreciate their efforts. This one packs the biggest punch, it featuring the largest battles and the most consistency. You’re looking for glory or even just some simple recognition, which means that you send yourself on increasingly dangerous assaults through German-occupied France. It’s well-paced, intense, and everything that was great about War Stories during the first go-round. 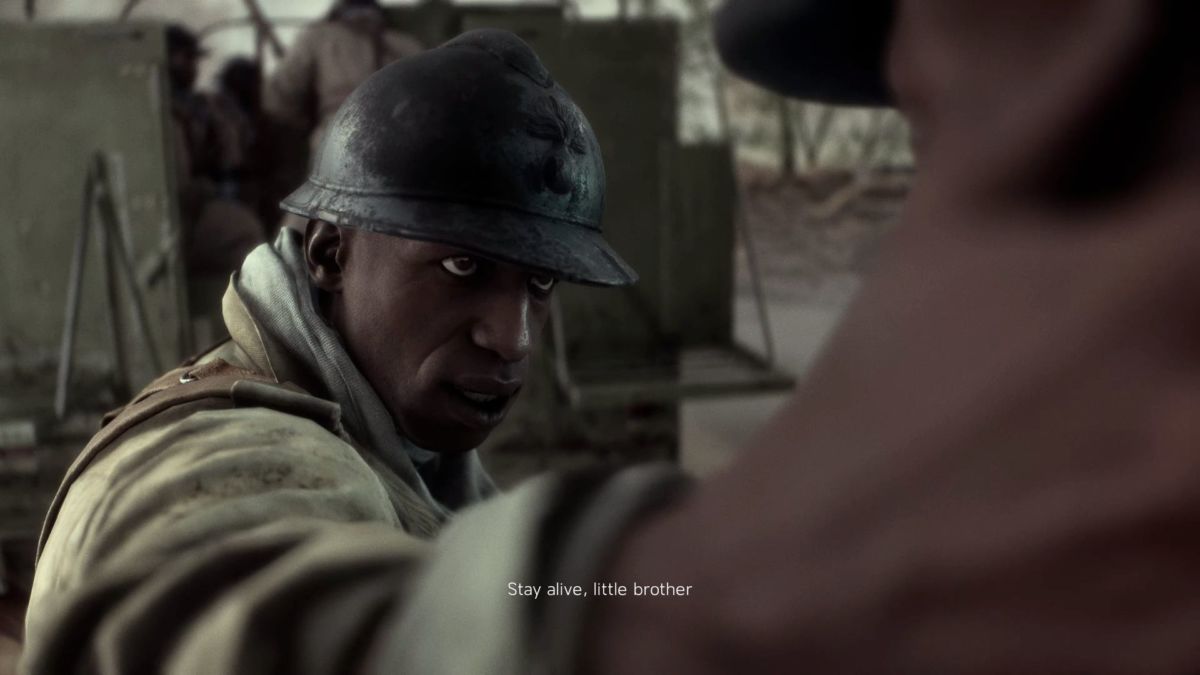 To these War Stories’ credit, they do try to expand on the formula with some surprising depth that unfortunately doesn’t stop them from feeling altogether far too short. There are some passages during each particular War Story in which the map will open itself up and allow you to approach objectives however you want. There’s also a good variety in collectibles with full completion giving you access to weapons for multiplayer, so there’s room for replayability if you want it.

A bigger playground doesn’t necessarily mean a better experience, however, and while Battlefield V may offer more options in how progress the stories it’s trying to tell, the stories themselves are mostly lacking. It also doesn’t help that they’re not all available at launch, which means that you’re effectively buying an incomplete arc: there’s a War Story for each year between 1941 and 1945 with The Last Tiger set to show the crumbling Nazi rule.

That only one War Story here comes close to what we saw two years ago is a disappointment. As good as Tirailleur is, it doesn’t match The Runner or Through Mud and Blood for emotional weight or even spectacle. Though Battlefield V’s may be largely longer and deeper, the characters simply aren’t given enough material to grow from, deaths feeling perfunctory and oddly hollow. There are plenty of moments in its trailer that I don’t remember seeing in the game itself, perhaps a sign that some things were chopped and changed.

There’s also a significant lack of polish with the War Stories this time around. Playing on PC, Under No Flag seems particularly cursed by heavy slowdown during busy moments as well as dead bodies twitching constantly on the ground. There’s just an unavoidable aura around these War Stories that they’ve been rushed out of the door, evidenced by you being able to get through them in just a few hours. This was fine in Battlefield 1 as the stories were (mostly) winners and told their tragic tales well. Here, however, they’re good but unfortunately nowhere near great. Here’s hoping The Last Tiger can deliver.